I attended an evening course at the LUX recently, and saw range of artists’ films from their archive: Margaret Tate’s film poems, Stan Brackhage & Carolee Schneeman’s painterly films, Kurt Kren’s structural experiments, John Smith’s witty montages. The course inspired me to try working more freely with photographs and static shots, to think differently about combining still images with moving ones, and about ways of constructing rhythms, loops, stanzas. I particularly remember Kurt Kren’s film Trees in Autumn, images of tangled, bare branches shot as single frames and appearing on the projection screen in rapid-fire succession. The silhouettes are cracks or ruptures across the screen, the flashing lines seem aggressive, violent but then you catch sight of a little bird in one of the trees. It is rhythmic, systematic but it is also natural and bodily. The images are suggestive of veins, synapses; also of shattered glass and explosions.

I’ve been reading an interesting essay by Ellen Mara De Wachter that discusses Laura Buckley’s work in relation to Paul Virilio’s notion of ‘picnolepsy’. De Wachter describes flows and interruptions, staccatos and fragmentations in Buckley’s installations that ‘correspond to the conflicted nature of consciousness’. Virilio’s state of picnolepsy, induced to some extent by speed and technology, refers to the disorienting montage of our vision and hearing, the cut-up of sounds and images we are constantly receiving, negotiating. I think again of Marie Menken and her ‘stop-start sensibility’.

My first animation tests seem to describe something of this staccato montage, and suggest a kind of dialogue between industry and nature. The disjunctive cuts and snap-shot rhythms are very much mechanical, processed representations of the garden. The machine is also ever-present through the hum of cars and planes in the audio recordings.

On my to-do list for the next week is: shoot some more reels of slide film (possibly using a magnifying glass to look closer at plant details), order more stock, cut and mount a selection of frames from the first 4 reels and do some projection experiments. I’d like to try superimposing two or more slides from a series – to combine multiple views of the same scene in a different kind of montage…

It’s always exciting to find a package of processed slide film in the letterbox, doubly so to unwrap it and hold each strip up to the light to see how it’s come out. I’ve got 4 reels back from the lab now, so around 90 frames to play with. Last week I went through the painstaking process of scanning each image into the computer (so I can import them into Final Cut Pro and create a movie sequence). A process that more than pays off, though, when you see them playing back on the timeline: always a bit of a surprise, and always a bit magical.

Even as digitized scans, the slides carry that richness and warmth that is so particular to film. It is worth the time, the expense and the few out-of-focus frames to get that quality of image. I also enjoy the delay, the anticipation between shooting and developing. It affords time to ponder and plan, to think ahead to the next phase.

90 frames aren’t many, so I’ve only managed a few tentative tests so far. But I’m quite excited by the results. The series create short, stuttering journeys – little glimpses. I can loop some of the sequences to extend their rhythms. Many are close-up details of plants and flowers so capture something of the seclusion and intimacy of the garden. The sequences are erratic, playful (“kind of snapshot-y” my boyfriend said). I don’t mind that, the garden is a light-hearted, playful place. The jumpiness is unusual for me though – although I like to draw some attention to the ‘animated’ nature of my work, I usually take care to use a tripod, to eliminate wobble and to allow for smooth transitions and delicate movements rather than quick, disjunctive cuts. I’m not quite sure how this will pan out…

On Thursday afternoon I made my first sound recordings. I was using a tiny microphone attached to my iPod so the recordings are faint and crackly, but I quite like that quality. They create a sense of space and suggest an environment, without spelling it out too clearly. Children’s voices drift in from a nearby playground; planes and cars are a steady drone in the background. Occasionally I captured a fly buzzing or footsteps passing by me – closer sounds that begin to define the space of the photographs, albeit ambiguously.

Afterwards I sat with some of the Culpeper members and talked about seasonal changes in the garden. Already summer is dying away and the colours, textures are changing. It has been unusually dry so the grass is looking parched, many of the colourful flowers have passed and the whole place feels more subdued. They told me how in the winter months when the green canopies are gone, the surrounding buildings become much more visible – more present in the space. It will be interesting to observe this transformation, the dialogue or interchange between garden and city. 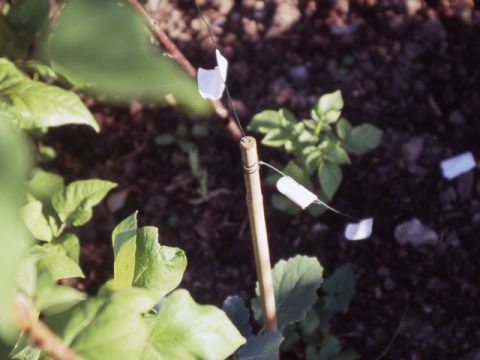 Culpeper Community Garden nestles behind a Sainsbury’s carpark off Liverpool Road in Islington. It has a secret, secluded aspect – once inside, amongst the tall trees and networks of raised beds, you feel a long way from the commotion of central London just a few metres beyond.

I was recently invited by Islington Exhibits and Cubitt Education to take up a Research Residency in the garden. It is an informal set up, I’m not obliged to make, do or present anything in particular, there is no suggested time frame, no necessary outcome.

I’ve decided though, that it will be a twelve-month project, that I will spend one year visiting Culpeper, observing the seasonal flows and fluxes, the shifts in colour, form, light and shadow, the people that come and go, the plants and wildlife that live there. And I’ll see what happens. I’d like to develop a moving image work of some kind and I’d like to keep this blog to document my progress.

I’ve visited the garden four times so far, the first just to have a walk round and get a feel for its layout. The next few visits I brought a Sigma SLR loaded with Fugichrome Velvia slide film.

I’m endlessly fascinated and seduced by projections and I often use slides as a starting point in explorations of a place. I like to incorporate projection processes into my film and video-making and with this in mind I’ve been shooting series of images in the garden. Focusing on a section of path, a tree, a shrub I’ve been taking a sequence of perhaps six or eight frames, moving the camera very slightly each time. Not exactly pixilation and very rough and ready, but it’ll be interesting to see how they come out, the rhythms they might create, whether they will work on a timeline as (crude) animations. I am interested in capturing little moments, glimpses.

I have been researching Marie Menken’s work recently, particularly her 1957 film Glimpse of the Garden. I’m interested in ways she used magnifying glasses (in this and other projects) to reveal strange, ambiguous image-worlds within everyday objects around her. I’m also interested in what David Berridge calls her ‘stop-start sensibility, an interest in momentum interfused with actual or potential interruption, lingering and delay’, her attention to light and shadow, to surface, to pattern…

There have always been a lot of people in the garden when I’ve visited, people of all ages and from all walks of life. I like to listen to the sounds of their voices, many of which I can’t understand – there is a strong Turkish community in that part of Islington. While the garden is a protective, relaxing place it is in fact quite noisy. The constant hum of traffic, roaring planes, shouts of children from a playground nearby almost drown out the closer, quieter sounds of insects and birds, rustling leaves, footsteps and voices. I’d like to capture these sounds. I wonder how they might affect the sequential photographs I’ve been taking. I imagine they might change the feeling completely. 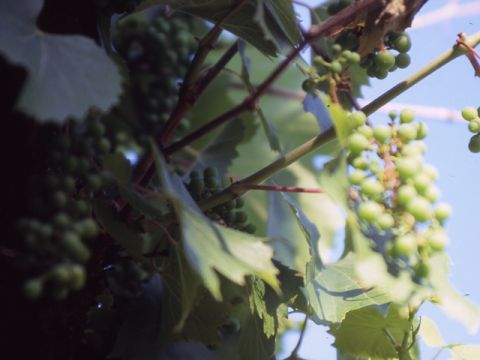