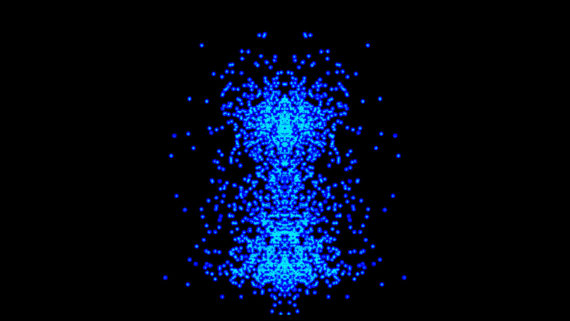 I visited the Abstract Expressionism show at the RA yesterday – it reminded me where my roots lie, but I’m sure as my practice has developed and evolved, I’m more keen to find order in chaos, actually I think I’m becoming obsessed to organise it. This current project is a prime example.

I’ve taken the microscopy images of the tissue (for the lightbox, those dyed blue to reveal the nucleus of the T-cell) and focused on the simple form and pattern. Multiplying the image in layers has worked well, the repetition created not only depth, but order.

A central core of the Abstract Expressionists is the work evolving out of the means of production, I’ve always been inspired by this and sure that this is where my engravings, videos and prints grow from now. A difference though, is that the cell images are not abstract, but also based on seen reality. 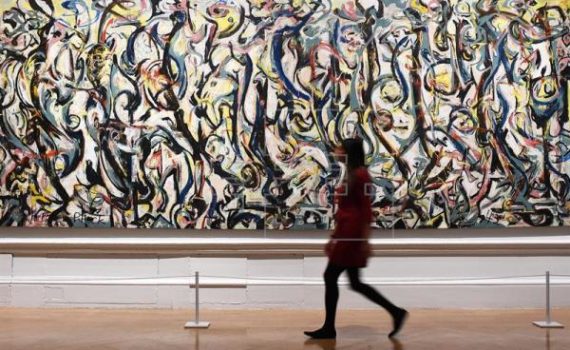 Which leads me back to my ongoing concern that my work should not illustrate the research, but also, it should not be so far removed from it that it is solely self-referential and doesn’t inform the viewer on the research in any way. 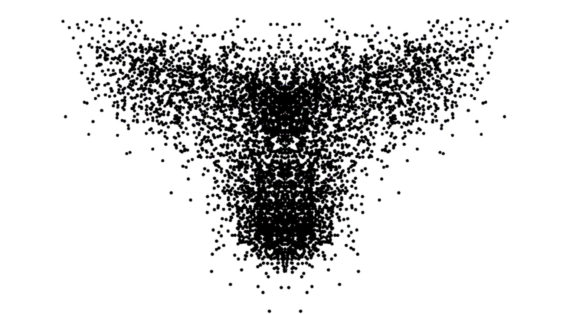 I’ve been working on the videos using the files and data collected from Annina’s research, it’s work in progress. 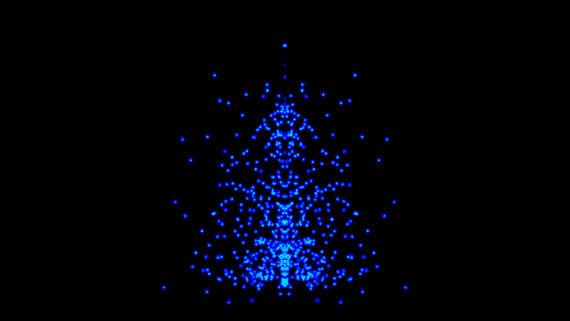 I intend to use the sounds from the lab: the centrifuge, tissue cutting machine and microscope to create the audio for the video.

I have been very lucky to be paired with a scientist who explains her research well and involved me  in each stage of analysing the microscopy images of the T-cells. The slide of the T-cell that I opted to base my engravings on for the lightbox is described by Annina:

“Technically, what you see on the blue stain are the nuclei of the cells in the thymus, some of them are developing T cells and some of them are the cells that express the autoimmune regulator (= the ones that eliminate the autoreactive T cells) which have the green speckles in the microscope image.”

What struck me about the image is that it has the appearance of a carborundum print, which I’m in the process of developing, but for the lightbox the engravings were appropriate as the light reflected beautifully within each cut line and created an illusion of great depth. 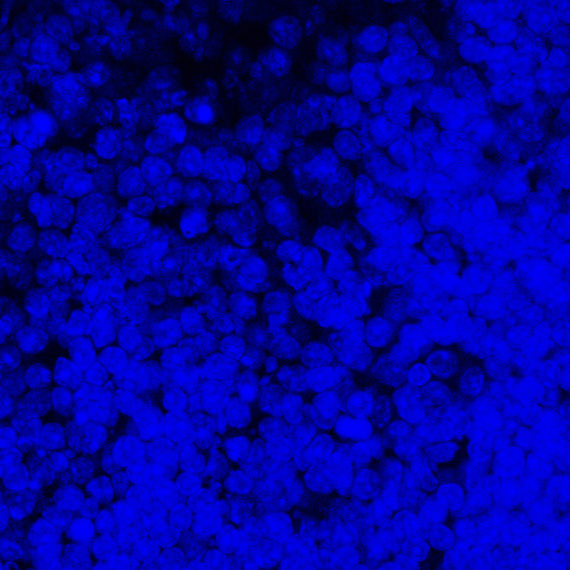 I received back the light box from the framer yesterday, I was pleased that my idea worked and also that it looked striking. I had included three layers of plates, the same image engraved onto perspex lit from behind, and decided that another two layers would create even more depth and a stronger image. So, I made two more engravings and now it’s back with the framer.

Initially had I engraved three plates of the same T-cell, each plate showing different attributes of the same cell. This was an accurate depiction of the research, but proved to be visually too confusing, so engraving the same image, but repeated, was the solution.

I am conscious of the fine line between illustrating a scientist’s research and creating something which is also more universal and exists in its own right… I’m still exploring that. 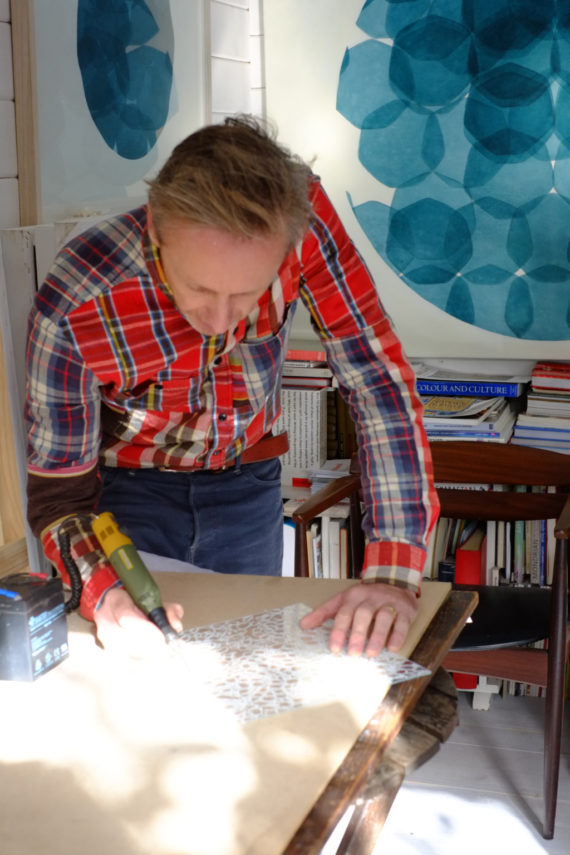 The lightbox for the engraved perspex is almost finished – just a few tweaks before it is ready to show.