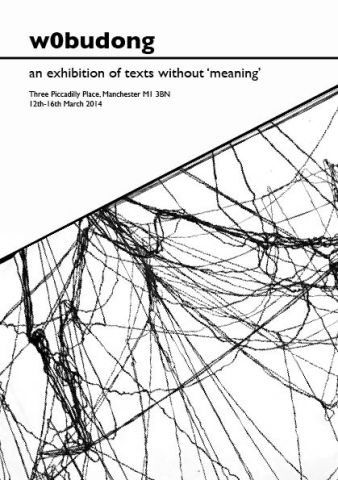 I’ve been back from Chongqing for just over a month. It’s taken a while to get back into things and I’ve only just got round to sorting through the drawings from the workshop I ran at Sichuan Fine Arts Institute.

Before leaving for China Catherine Wynne-Paton got in touch with me through my AN blog. Like mine, her practice explores drawing and writing. I asked her if there was anything she would like me to find out for her whilst I was in China and she suggested asking people to enact the action of writing or to mime writing without any content – without writing any recognizable Chinese characters.

I gave a lecture that introduced my practice then asked the students to complete the exercise – writing without forming recognizable letters, characters or words. They seemed to struggle to understand what to do and why or to find a way into the exercise. I’m not sure if this was the translation of my instructions, the instructions themselves or because it was outside the sort of thing they would usually do. From what I saw and could understand of the way they were taught art, it was much more planned, considered and less free and expressive than the way I was taught so I could imagine that the activity could have appeared strange or challenging to them.

Despite some nice mark making in the writing samples, in many ways the workshop and its results were disappointing. I don’t know what I learnt from doing it that can be applied to my artwork and it made me question what I was trying to achieve. My project is not an ethnographic study of Chinese writing and if it were these samples would be of no use. I had originally envisaged running several of these sessions and them being more of an exchange, but in such a short time and with a language gap and limited access to translators this wasn’t possible.

One thing I did notice from the writing samples was that written Chinese flows within each character but not across the page in a line from left to right as English does. Where the students’ writing did have a more continuous flow it appeared more like English and I felt, although I have no way of confirming this, that they were drawing on English and perhaps the examples of mine and Catherine’s work I had shown them rather than producing something in their own hand. It interests me that Chinese exercise books have squares to practice the characters in, where as English handwriting practice books have lines to guide the letters, words and sentences as one continuous flow all the way across the page.