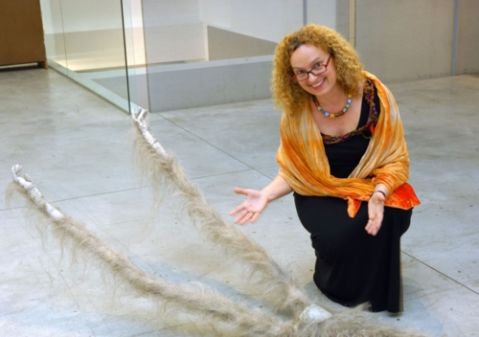 Advocating better working conditions for artists. Following on from where ‘Getting Paid’ left off.

So the WAGE survey results are out and I’m looking forward to seeing the details. As a stop gap – a blog post about it, taster below: “The fact is that the National Endowment for the Arts (NEA) devotes less than 2% of its meager budget to direct grants to individual artists. State arts agencies spend only 3% of their grant dollars on individual artists. The bulk of philanthropy in the arts goes to only 2% of the nation’s arts institutions, who are among those with the largest budgets. And we know that many of those institutions don’t pay the artists whose work they show. Everybody keeps shifting the responsibility of sustaining artists (the real lifeblood of the arts) to some other group; meanwhile, the money keeps finding its way into the coffers of the few who hold the most power and the purse strings.” http://t.co/1M3hZhpG

I also can’t let this link get away as it has made me laugh so much today.

A blog post in which we see the amazing press pictures of Documenta’s curator – her ego perhaps getting a little large….

I am alive, but with some ill health, moving house and being without internet at home for 3 weeks now, I have been a bit AWOL to say the least. Sorry about that.

Gonna start the blogging lightly and use other people’s materials today :D

First up – a great blog post by Alistair Gentry on Market Project about real residencies versus art holidays parading themselves as residencies. This has been worrying me for some time and when I saw this opportunity the other week I was astonished – a whole new breed of these it seems.

Second – W.A.G.E. are presenting the results of their huge 2010 survey of artists in New York this week. Promises to be a very revealing and interesting document. I wish I WISH I could go to New York for the open forum on Friday!

A taster quote for now:

“58% of artists who exhibited at a New York non-profit organization between 2005 and 2010 received no form of payment, compensation or reimbursement – including the coverage of any expenses.” 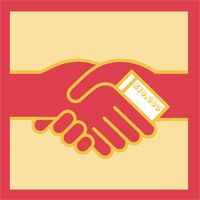 Additionally; a depressing fact I scrawled down at SotA (I think from David Edgar) about the hugely over-budget Olympic opening cermony. The excess cost could have provided funding twice over for all the organisations that were cut from RFO funding last year.

What would you rather have? Extra fireworks or some real long-term investment in the arts. Priorities ALL WRONG.

Lastly, I sat next to a poet during the middle part of the day. He wondered if the logo had been designed to indicate the State of the Arts – peeling and crusty with old layers of paint. 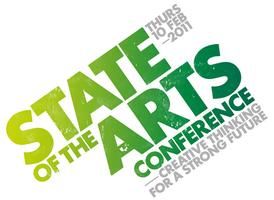 State of the Arts

I attended the conference and pre-conf artists briefing this week on one of the bursaries for artists. I have been wanting to write up my thoughts for a few days, but a mix of no time to write or digest has delayed me somewhat!

So, firstly, I was incredibly pleased to get a bursary, and I was incredibly pleased that the Arts Council spent £15k on artists having a presence at the event. The theme ‘Artists Shaping the World’ was a good one – putting artists at the centre of the discussion. Other good things included the pre-conference events, Robert Wilson’s talk in particular – that was astonishing and has left a huge mark on me.

It was all very fancy though (or perhaps I am usually extremely basic) – first off I tried to check into the Premier Inn rather than the Holiday Inn. This might serve as a good metaphor for the expectations of artists/arts organisers: I expected a basic room with no breakfast, but found myself in a plush room with mini-bar and room service facilities and a cooked beakfast included. Lovely for a change, but a bit worrying when you stop to think about expenditure and where funding goes.

It was good to have a chance to meet other bursary holders before the event, but once we had dispursed, I actually found it quite hard to find those people again.

Going back to the theme, although the intention was to put artists in the centre, the event was still very much a top-down exercise and the feeling between most bursary holders was that next time artists should programme the event entirely and set the agenda for discussion. Improving on last year’s 2 artists in attendance (!) the 50 artists bursaries as well as numerous artists speakers went a long way to redressing the balance. But it can go further. I’m not saying that it should all be artists either – the mix of organisers and funders with artists is important and those crossover conversations (AS EQUALS) should be happening more often anyway.

I don’t know if I felt like a token gesture being there as an artist, especially as I am aware I often feel intimidated or self conscious in this kind of situation. However, I do know that I didn’t feel able to contribute in my breakout groups. I got close to it in the afternoon, probably because Neville Gabie was one of the speakers, but other artists were there and spoke well so I didn’t. Often artists were bringing up issues like the fact that artists may be the only unpaid person at a meeting. This is great (and true), but any surprise around that fact shows just how little many arts organisers may consider things from the artists point of view. I was expecting to be discussing ways to change that and not just pointing out things that exist across the sector. Maybe it will get on to that by next year?

Ultimately, I felt the conference was about politics and institutional perspective, not actually about art per se. Ed Vaizey’s presence and slimy avoidance of difficult questions is the best example of how the conference was geared towards a polite and PR-smooth event. Kirsty Wark was a great host and she did try to give him a hard time, but he answered with long, dull answers that meant absolutely nothing. There was not enough challenging discussion and I felt like people were tip toeing around. Sally Lai (of Manchester’s Chinese Art Centre) was a tonic. Short, succinct points about small artist led spaces and how vital they are to the ecology of the arts. As she pointed out, they invest and take risks in artists early-career and feed into the larger art world. If that stops, it’s going to be an incredibly dull place. I felt that points like Sally was making should have been the starting point for discussions, not just brief moments that caused the audience to applaud – that alone is evidence that people feel strongly about these issues.