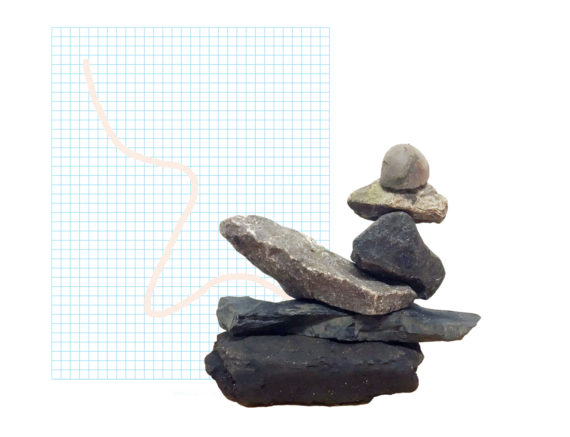 It’s been just over one month since I began a six month graduate residency at Airspace Gallery in Stoke-on-Trent. It’s been busy: finding a temporary home, moving into the studio, becoming familiar with new surroundings, and picking up my practice again for the first time since leaving university in May.

During the residency I’d like to manufacture an immersive space for listening carefully, or looking closely, at subtle sounds, objects and writings, hoping to initiate a sense of introspection. I want to build on my ideas based around language, sound, sculpture and human relationships, and explore hands as subject matter. Hands are emotive and gestural, involved in communication, physical touch, the senses – but also the most important body part in physically making and crafting in the arts. I am interested in how this links to Stoke-on-Trent, with its rich history of hands-on making.

This exhibition is fast approaching and as part of airspace studios myself, Amy (who is also undertaking a graduate residency) and several other artists with studios at airspace are exhibiting work too. It’s happening across a series of disused buildings in Hanley before they are knocked down. I have been making a series of journeys by bus and on foot through the 6 towns of Stoke-on-Trent collecting stones along the way, from which I will build cairns – the journeys themselves being documented in the form of a book.

Cairn: a mound of rough stones built as a memorial or landmark, typically on a hilltop or skyline.

Liverpool: Bluecoat and The Royal Standard

New Art West Midlands funded travel for Amy and I to visit Liverpool in mid September. We visited ‘Abacus’ at Bluecoat, an exhibition encouraging playfulness and interaction, and Kevin Hunt, whose work was included in the show, gave us a tour of the print studios and various other spaces within the gallery. We then walked over to The Royal Standard – a complex of studios and other spaces for creatives. It was interesting to see how the artists work in their own spaces, and compare it to the clean and polished exhibition at the Bluecoat. I felt inspired by the raw ideas and the lesser finished works, feeling keen to get back to my own studio.

Last week Amy and I both met with Terry Shave, who is on the board at Airspace, to discuss our ideas so far and where we hope to take them during the residency. It was great to speak with Terry, to hear his insights into my ideas and felt positive to go through the process of explaining why I make the work I do, which I think is important to constantly reaffirm to yourself when making. Our conversations centred around cultures of display in the museum/the art gallery, how writing can be framed as art, the assignment of value to objects, to feelings, to tangible and to intangible, the possibility of collaboration with scientists or musicians, and we discussed how I might really use the environment I’m in to impact the work I make by drawing in some elements of site-specificity.

I was making a coffee in the studios’ kitchen when I stumbled across this book – it was a pleasant surprise. Following on from recent work exploring the visualisation of sound in human language and bird calls, musical scores and spectrograms (you can read more about this here) – I have been wanting to create a ‘natural’ or ‘chance’ composition. A musical score or similar which is exposed to natural beings and to the elements. The score would capture traces of what has been. I would then translate these markings into musical notes, similarly to how I worked from the spectrograms, being left with sound crafted from visual data. Weber’s Bee Works consist of canvases set up to catch bee droppings made at a particular time of year, similar in this intention to capture and record the environment, working with nature. 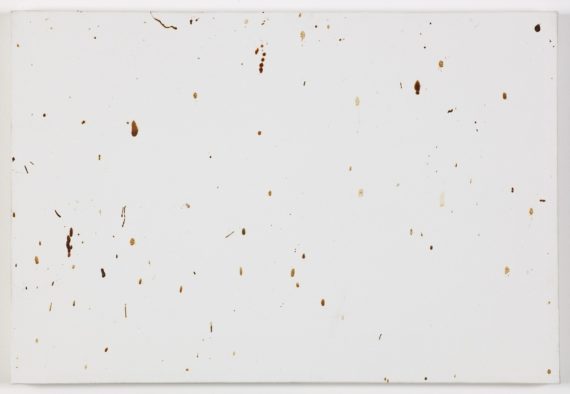 Hoping to develop some technical skills using clay I enrolled onto an evening course at clay college based at Middleport Pottery where I am learning to throw on a wheel. This is a skill I have always had an interest in and it seemed fitting to try my hand at it whilst I’m staying in the potteries! Below is one of the many wonky pots I’ve thrown.

I’ve really been enjoying the focus on language in this book – there is something undeniably human about the birthing of a word and the attachment of it to an object, emotion or landscape. I’ve become interested in what it means to use language and particularly what I am referring to in my work as the ‘duality’ of language, words with double meanings that cross the line that separates the human and natural world. ‘To engulf’, ‘to burrow’, ‘to grow’.

Natasha is a Coventry based artist working between the West and East Midlands interested in language and translation, interdisciplinary and sound-based practices with a specific focus on the natural world. Upon graduating from BA Fine Art at Coventry University in 2017, she undertook a six-month graduate residency at Airspace Gallery in Stoke-on-Trent which culminated in a solo exhibition in 2018.