The irony of all this is that for the past few weeks I have had tennis elbow and can’t control the fingers very well on my right hand. So when a shop assistant asks me to type in my ‘four digit code’ and then turns away, I have to ask them to key in the numbers or risk making a mess of it using my left hand. This straightforward sale turns into a mass of niggly problems for the assistant, who can’t possibly know what the legal position on this is. Shopping etiquette.

Last week, I even had to ask the man behind me in the queue for the cash machine to type in my secret code. He wondered whether it was legal to do it. 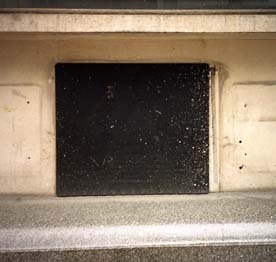 This mundane Halifax on Frith St in London is on the site of the Moka, Soho’s first expresso bar. Opened with flamboyant style by film star Gina Lollobrigida in 1953 it was closed in a different manner by the novelist William Burroughs almost twenty years later.

Apparently in the summer of 1972 Burroughs and his crowd were regulars at the café but after ‘outrageous and unprovoked discourtesy’ from the owner and a slice of ‘poisonous cheesecake’ a vengeful Burroughs was spurred into action. Rather than sipping coffee and conversation inside the Moka, he spent his days tape recording incidental sounds and photographing the reactions outside. Giving staff and customers the bad eye. After a couple of weeks of this Burroughs began playing back the sound recordings on the street. If the police were called, Burroughs would claim he was making a documentary on historic Soho, they could do nothing. More photos were taken. ‘They are seething in there. The horrible old proprietor, his frizzy-haired wife and slack jawed son, the snarling counterman. I have them and they know it.’ Pressured by this maverick action business in the café began to dry up. The opening hours got shorter and shorter until at the end of October it closed.

A gloating Burroughs theorized that this kind of action could be carried out anywhere. ‘You could cause a riot easily. All you have to do is to take the tape recorders with riot material already recorded and then record any sort of scuffle that goes on. When you start playing it back, your going to have more scuffles….. a recorded whistle will bring cops. A recorded gunshot when they have their guns out – well – it’s a simple as that’

All quotes from ‘Feedback from Watergate to the Garden of Eden’ by William S. Burroughs.

This article appears in Vacuum, a free magazine for Brightons critical art scene… 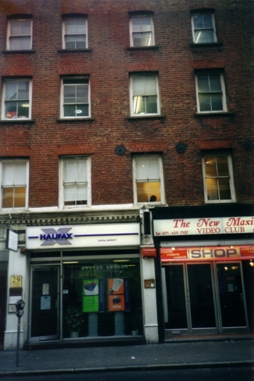 I have been taking photographs of redundant ATMs for the past six years. My interest was spurred by the duff attempts the high street banks made to invisibly mend the gaping holes left in the their often splendid buildings. Large pieces of marble squeezed back into ill fitting holes, pathetic bits of shutter ply slapped into place, bodged brickwork to hide the clues; handiwork more reminiscent of a failed safe breaker than the secure pillars of commerce. 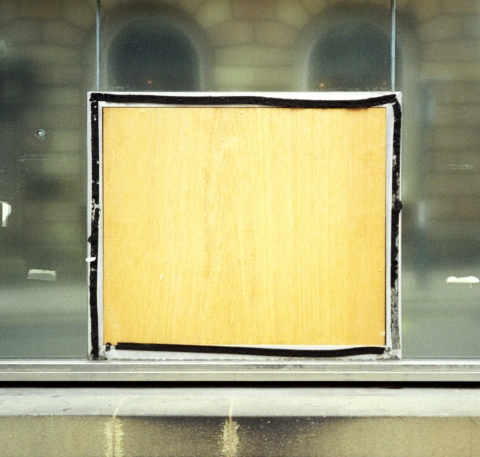