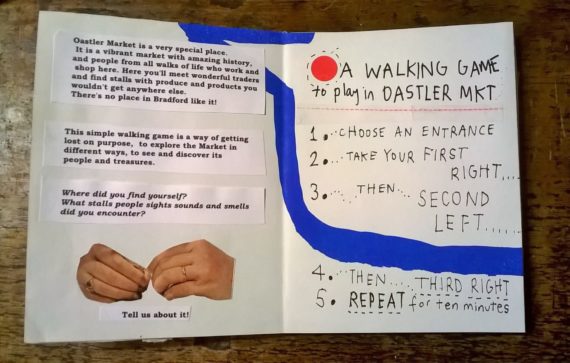 Randomness and chance has found its way into the holidays…

1. Slide play
After looking out some of the double slide experiments I did with the slide scanner a couple of years ago, I started playing with it again, grabbing a bunch of slides from the box and putting them in the scanner at random (rules are no looking, press scan on the interesting ones). Here’s a few. More often than not the process doesn’t generate images I’d want to keep, but I like the game of it and it’s a really quick and instant way to play with found images. 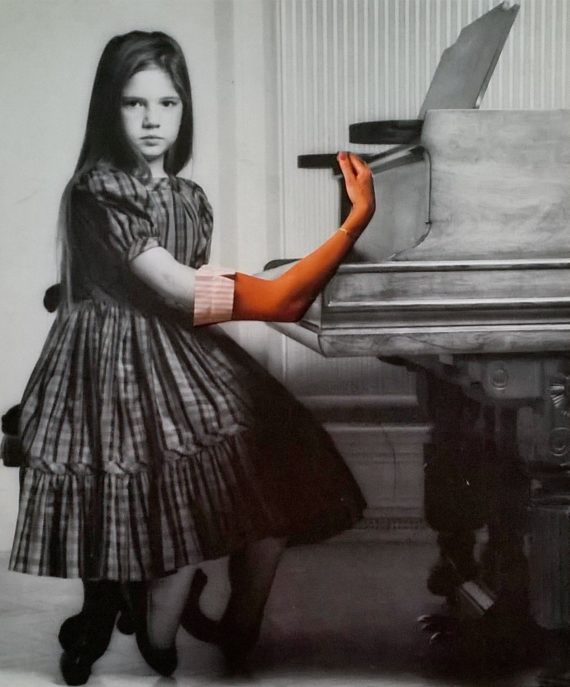 2. Accidental collage
Gathering up a bunch of cutouts and found magazine pages which I’d been working on from the floor, tidying up for guests coming, I discovered this chance intervention. I’d put the arm on another image and had been about to stick it down, but on seeing this, had that internal burn of joy that happens when something just works.  The interventions that happen by chance are always the most satisfying 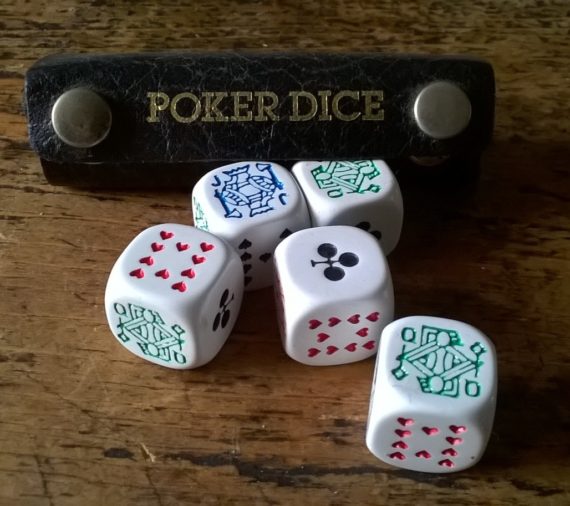 3. Netflix Roulette
A made up game throwing the poker dice to determine what films we’d watch over the holidays to save us the negotiation  – resulting in what is safe to say some pretty unusual viewing ( including a bonkers German musical about teenage witches) which visiting family found both hilarious and groan inducing (The musical of Les Mis, 2 hours 37 minutes of it – aaargh) 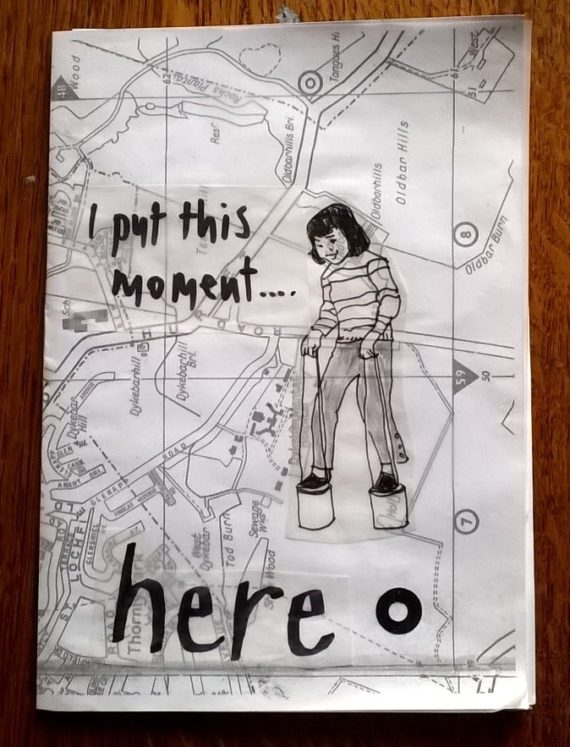 4. Been making a zine,  the content of which is comprised from placing randomly chosen map pages with other book pages and putting them together.
I like the play with sequence and pairing here.
Email me if you’d like a copy! [email protected]
This is the year of serious play. Finding joy, mischief, and absurdity feels like one of the ways of dealing with the terrifying right wing times we are living in – alongside stepping up and doing what I can to challenge and resist these narratives 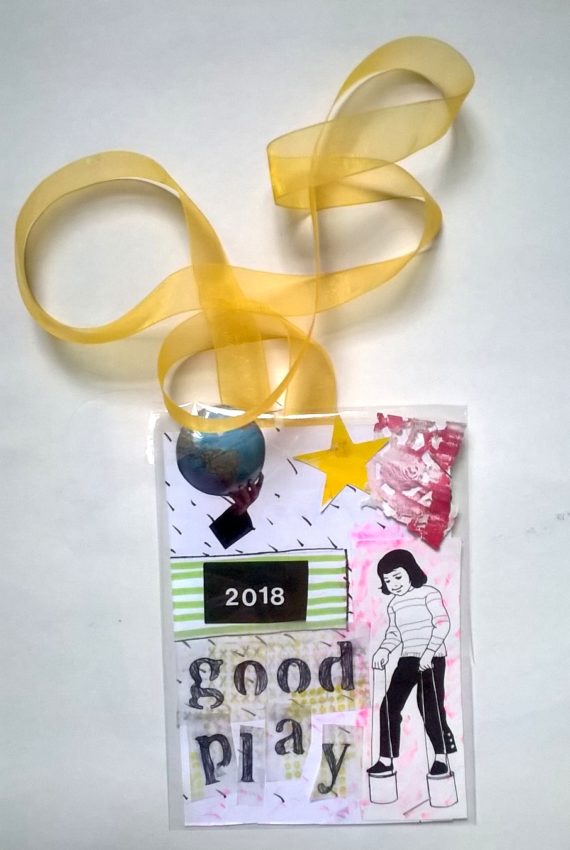 Here’s a thing I did for Day One of January Challenge (make something to celebrate your achievements in 2018) – it’s a collage medal in a bag. I hope it comes true
0 Comments