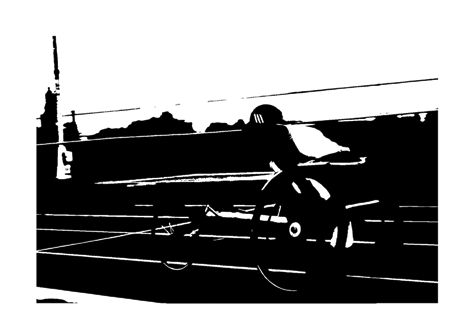 Inspired by Anne I have joined a gym! For the first couple of weeks I stuck to the running machine, but have now ventured into a few classes. At the first pilates I came close to crying and running out – my muscles just wern’t having any of that treatment! The first abs class, hmmmmm…… But the ultimate, body combat – what is that about! an hour spent punching and kicking the air, I think you need to go with a hate figure in mind to get full benefit!

I have today decided, though, not to be negative and to embrace the strange exercise classes, having seen a side profile of myself and catching a glimpse of my bingo wings – where did they come from!

So, next week I’m going for the big punch and kick burn, (and buy some long sleeve gym tops!). 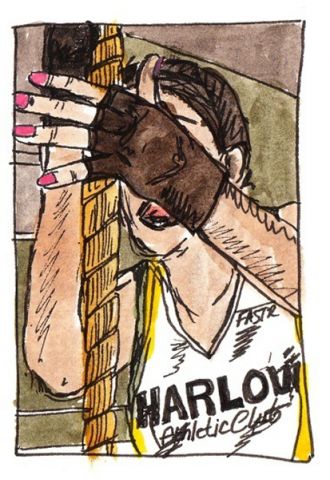 Yesterday I met Anne at Harlow Sports Centre, she was there to do a work out supported by John, an ex-bodybuilding gym instructor (with awesome arms and terrific personality!).

Anne’s focus is on building arm and shoulder strength which is vital during the winter months.

A female member of staff in the gym noticed Anne’s eyelashes (I thought there was something different but couldn’t quite pinpoint it!) The reason for the stunning new set is a model shoot in Bristol the next day. (Anne’s also been frequenting the Eastenders set lately and getting cosy with the cast!)

John kept a close eye on Anne’s workout, making sure she worked to her max, and both were undaunted by my constant snapping, climbing into and over various strange apparatus to get the right photograph.

Working our way through the machines I was impressed with the weights Anne was lifting, but John still pushed her for more. Fortunately no-one suggested I had a go……. !

10am, 30th September. I met George Gardiner at Marks Hall Sports College. George is the Partnership Development Manager for Harlow School Sports Partnership. We talked about how school children could be involved in the project and he is going to chat to the Head of Art about the possibility of working with a group of children who would be in the last year of compulsory education by 2012.

11am, Anne arrives for training. The taxi has her racing chair in the boot and the driver begins to fix the wheels back on, but he hasn’t quite got it right and Anne takes over.

The sports centre has run out of bottles of water (!) So Anne buys a fruit drink, I drink half of it and we empty it out and fill it with water.

The track is at the back of the building, its a harsh open space with little character and a chilly wind and grey skies didn’t help. I asked Anne if it was OK to video her and I ran a tape while we chatted about training and how the chair worked and about getting grumpy when you miss a training session.

Anne completed two laps and then took a break before another two, and another two and some practice starts.   Inbetween we talked about lungs, heart rates, chair crashes, training schedules, illness, endurance, strength, arm muscles, motivation, comfort, coaches, speed, gloves, equipment and loads of other stuff and I took photographs.

I quite fancied running around the track with Anne but it was just a romantic notion – I would have needed my pushbike to keep up!

September 29th I had tea and biscuits with the chairman of Essex County Council. Three of the artists working on the project were asked to attend to talk about our art practices, our ideas and how we were planning to approach the commission.

I presented a body of work which was installed in the County Hall back in 2006 – whoops….. the chairman remembered it had caused slight controversy.

The work was a selection of texts and portraits, the culmination of a residency at Saffron Walden High School, but one of the texts “Milk was a bad choice” (a line spoken by the legendary ‘Anchorman’) was deemed offensive by councillors when French farmers were planning a visit.

Fortunately she didn’t remember another line which had incensed religious members of staff “The best part of believe is the lie”, this text was removed from the atrium.

On September 21st I met up with Anne at the Costa coffee shop in Harlow.

I have no experience of either being with or working with someone who uses a wheelchair and felt a little uneasy about my inexperience, but within minutes the chair became completely removed from any considerations. This was down to Anne’s amazing approach to life, she’s like a breath of fresh air, and as able bodied as the next person.

We chatted about our sons, both born in 2001, about how difficult they have both found the transfer into junior school and how change is so hard when you are young.

Anne explained how pregnancy works for someone with no stomach muscles – her tummy just wobbled from side to side with babies movements. The medical profession wern’t happy with Anne’s pregancy, they worried about her health and the health of the baby.

Anne contracted polio when she was just two and a half. She was born in Kenya and is one of a large family, two of her eldest siblings died, one of aids. Her mother died when the children where very young and her father took over the task of raising his brood whilst working as a soldier.

She had to travel many miles to attend a special school and she tells me of a time when her father had to put her on the school bus, meet it at the other end and install her in a small clock tower whilst shooting and fighting carried on around her. She stood in her calipers in the tiny space from early in the morning until late afternoon, soaked in her own urine and petrified, able to see through a small gap the horror around her.

We are briefly interupted by another athlete who has popped in for a coffee and stops to chat to Anne. He is a marathon runner and has a visual impairment. They talk about the Great North run and Anne’s recent injury.

We talk a little more and I discover Anne was sponsored by a German family who almost ended up adopting her when Anne’s father didn’t turn up to collect her from school at the end of term one year. He was in the bush working and couldn’t get to the school, the school thought he had decided he couldn’t cope with all his children and had left her there.

Anne spent a couple of weeks alone in the school not knowing what was to happen to her. The school contacted the German family who agreed to adopt Anne but before the papers were drawn up Anne’s father turned up to take her home. She still keeps in touch with the family and would love to meet them.