After my formative assessment with Jane, I wanted to continue the exploration of performative art as the feedback was so successful from my group crit 20/11/20. Hannah Wilke did this in her performative work I researched last year L5 which impacted the process of my art practice massively. As Wilke was an influential feminist artist in the 70s, she created Venus Pareve (1982 – 84) which were small figures identical to her own body but out of plaster of Paris. She “presents herself in the role Venus, the Roman goddess of Love, sex and fertility” (WorleyGig, 2018). Women displayed for intimate areas of their body as though the rest of them didn’t matter – sexual objectification. See below. 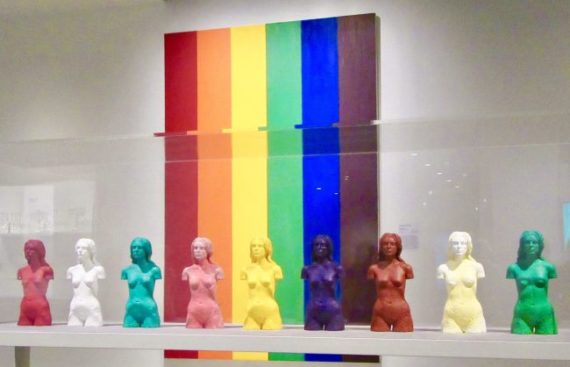 These figures were then created out of chocolate where Wilke made a production of her eating the chocolate bodies in front of an audience, but wasn’t documented. Created a visual of how women are treated as desirable objects to both look at and eat, there’s this flow onto how women are also consumed by society and men. The women appear “helpless objects of desire” (WorleyGig, 2018). This was where I took inspiration from for Consuming 2 in L5.

Reflection 26/05/21: Relation to the way Valie Export worked with performance and involving the audience within her artwork, the same way as S.O.S below. Using the audiences to make the art work, if Wilke didn’t the artwork wouldn’t be visually successful or have the same meaning, the same way Export’s Tap and Touch Cinema may be unsuccessful and resulting not exploring the same issues. The same with my film To Bite B&W Repeat, if the audience aren’t present no one can be receiving the unusual gaze/discomfort. All artworks need an audience to respond too.

Wilke created another performance piece called S.O.S.—Starification Object Series in 1974–75, see below where “Wilke presents a collection of “performalist self-portraits,” in which she both parodies and dismantles stereotypical representations of “femininity.” She disrupts the pleasure of the gaze by covering her semi-nude body with vaginal-shaped chewing gum, which appear as scars on her flesh.” (Wacks, 2009). Connected to the audience and gave them gum to chew, they returned the gum to Wilke who was topless and “stretched and folded the pliable wads into small, labia-shaped sculptures and stuck them to her skin” (MoMa, 2019). She posed in an editorial-style way for her portraits – relation to Cindy Sherman using self portraiture/dress up. 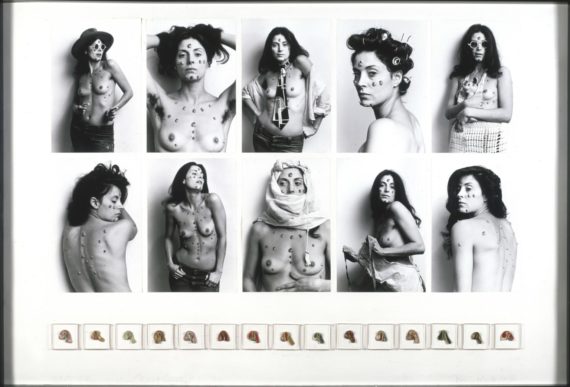 “Wilke challenged the viewer-voyeur to resolve the tension between revulsion at the sight of the gnashed forms scarring her body and pleasure at being given such access to her beauty” (MoMa, 2019).

I liked the hands on approach from her S.O.S series, the connection to the audience when exploiting the male gaze – something I had only touched on in L5, I placed clay bodies around in a room and got people to walk around them – to see how they felt, created this relation to the artwork, the viewer and the experience. I created My Verblist, see below in response to my research from Richard Serra Verblist. I chose words which would exploit the raw visual of the male gaze upon women.

I created a breast out of a new material, super soft light air drying clay. I documented myself making the breast to bring in the process element that was successful within my CUBED exhibition, see below.

I then painted the breast to allow for the realism as this seemed to be successful within Only Touch With CLEAN Hands.

Explored visual impact and began ‘To Squeeze’, see below, I liked this graduation of intensity that was present in my previous work and over the course of the film it got quicker and quicker and more destructive like the male gaze/control.

Is there a stronger visual with the use of hand sanitiser? The crushing till the end is like the desperate need to show it’s not quite crushed enough – intense control that society has over women. The material was still wet and it created this sticky appearance, it lost its identity/drastic change from familiarisation and defamiliarisation..

Reflection 28/02/21: Lockdown and Light projections explored this defamilarisation/abstract like approach to the female form, it worked so well in relation to Hollywood cinema glamourising/sexualising the female form with water.

Reflection 14/04/21: And so does Sweet Tooth B&W projected – loose the identity of the breast as its chewed.

Shares a relation to Wilkes S.O.S – squeezing the clay suggests the artist is present in the work. A peer said as there is a female hand present, does it suggest women destroying this control the male gaze has over the female body? And the rep that comes with breasts? Destruction of the sexualisation of women and the new shaping of women today?

As I have aimed to work with performance and projection due to my formative assessment, it’s been a good way of showing my work in situ. We discussed scale of projection to reflect the female form while regarding Mulvey’s “Visual Pleasures and Narrative Cinema” I took on board the way she spoke about the representation of women in the cinema – used for their looks on screen, observed and voyeured. I wanted to explore this – projection is a whole another material to work with: adjustment of the image, the detail that could be lost if you move the projector, time of day you project, space, angles – these are all new issues for me to challenge.

Experimental films: to see how it projected/worked. I play with the composition of clay breasts/sculptures. I like that they can be both simple or confusing – drastic contrast in emotions for the viewer, like Serra’s films. I was amazed at the colour, I had only used a projector with CUBED before and that was during the day so it was very disappointing.

The projector brought so much more life/movement to the film. The skirting disrupts the film, or does it involve the homey environment more? Reflection 14/04/21: There’s this relation to a ‘homey’ element of my work which we used as a group for Congruous Interim exhibition.

Gave the visual of you are sitting at the cinema – big screen/bright colours. This is the experience I aimed for, to show how women are used for their body on the cinematic screen and life for their “to-be-looked-at-ness” (Mulvey, 1973, p) to create a direct visual for the viewers. Reflection 15/03/21: The start of what inspired me to project in a cinema format for Are You Watching? – audience and the stage – was recognised well/mentioned by many different peers.

Creating smaller projections gave the film more context/narrative for that sculpture – seeing is what they have experienced. It becomes a type of story telling which is more personal. This is reflected in the way the cinema works. Christian Metz explored the cinema as being the ‘other mirror’ – suggests people relate to what they may have experienced. The flesh filled the wall projected onto the body, giving it life, colour as though they are reliving this experience for people to see, like an immersive experience. 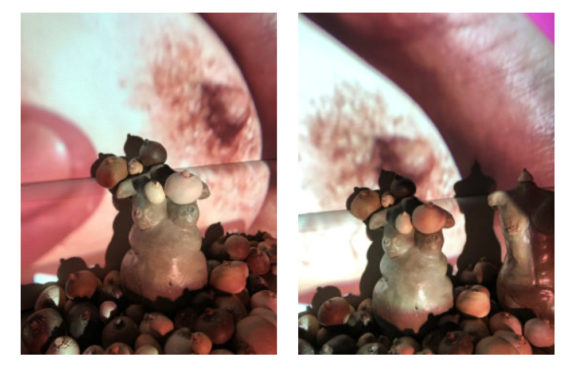 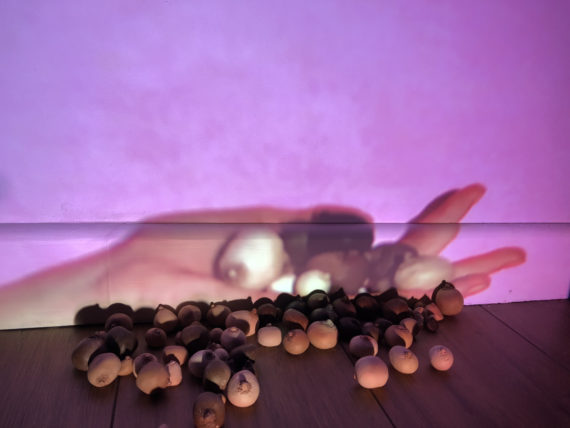