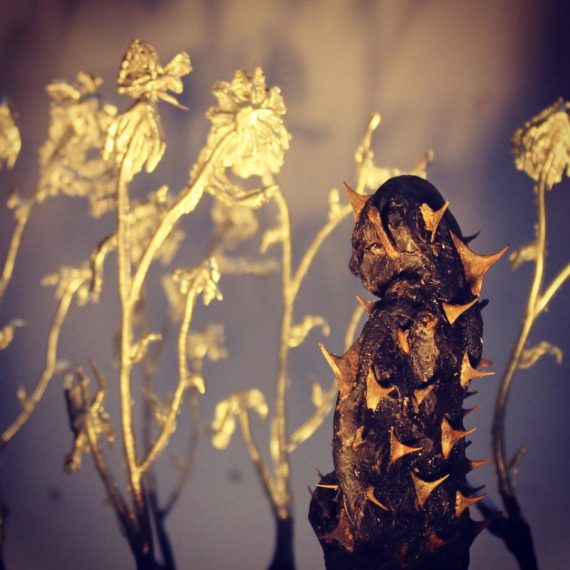 Do you believe in fairies? I remember seeing Peter Pan in a theatre when I was little, and to revive the dying light that was Tinkerbell we all had to shout out “I do believe in fairies”. For a time I worked as a researcher for the American children’s book writer Nancy K. Robinson when she was writing about the supernatural. We went to Mull together for research for her latest book involving a ghost caught on camera, and I read all there was to know about the Cottingley fairies and the relationship between the two girls who took the photographs and Arthur Conan Doyle who along with many others, was convinced by them. In 1984 they admitted that they were faked but still insisted that they had seen fairies. Now fairies belong only to an older version of childhood and to New Age mythology, who would admit to ever seeing one? 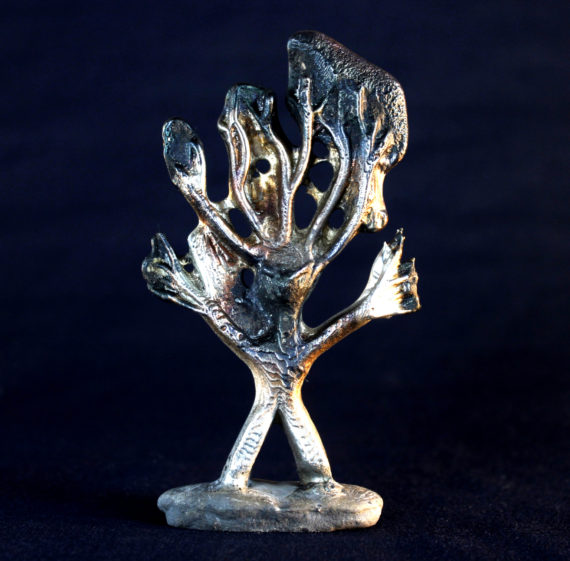 However I have met two people who did. One was in my primary school when I was five. A girl whose mother was very cruel, and who actually, astonishingly, ran away from home with her little brother, told me she saw fairies in her garden and spoke to them. I found it hard to believe but knew she totally believed it, and she certainly needed their support.
The other time was when I was a teenager and travelling with my mother, a freelance journalist, and my two younger brothers around Cornwall. My mother’s family were Scottish and I grew up with stories of the supernatural and second sight. Her Aunt Rachel was the most wonderful story teller. And these were stories about people she knew, or had been passed down through generations. So in Cornwall we naturally gravitated to sites of the supernatural. We visited the spooky Zennor, and Men An Tol where children were taken to be passed through the stone with the hole to be cured of rickets.  Studying biology my theory was that the sunlight cured them, but I loved the place and the stories. Then one day we got up very early to find a wishing well my mother had heard about. We were driving through a remote and misty valley, lost, and came across an old postman on his bicycle. My mother asked him if he knew of the place. His face lit up and he told us where it was adding that he had just that morning seen the little people. He had a glow about him, there was no question that we believed him. We found the “well” and it was remotely tucked away through briars and bushes. A little trickle in the ground it was actually a spring. All around it tied on the branches were ancient and recent pieces of fabric, mostly reds and browns. It was a magical place and still in use. 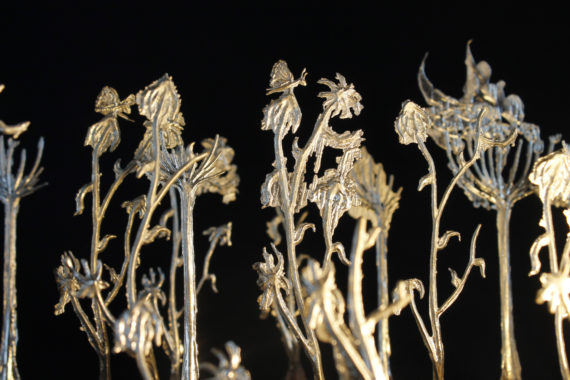 The Celts were animists, believing that all living things had a spirit, like the kami in Shintoism in Japan . Some sites, like the well we visited, were holy and were entrances to the Otherworld. These were protected by the supernatural, and nature spirits or shapeshifting animals like hares, were a vital part of that. Hobgoblins, elves, sprites, fairies are all remnants of this belief that if you harmed or failed to respect nature you would be punished. Old stories of what happened when you killed a seal were told to me as a child, as they were believed to have a strong connection to humans. In my exhibition Otherworld I am aiming to remind people of these old stories and revitalise a respect for natural forces. Our planet needs protection, and if humans won’t do it, let them be punished by the light and dark little folk. 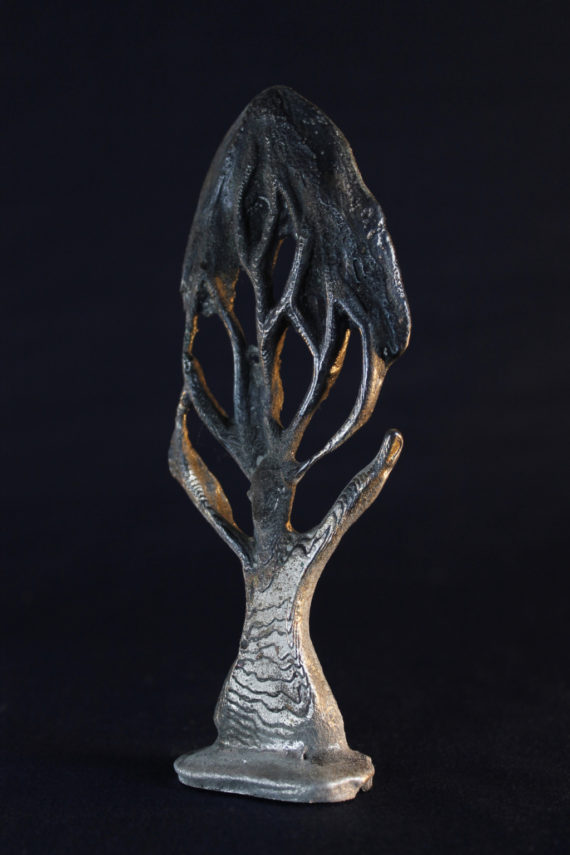