Week 18: 14th – 20th January
I’ve been working hard on producing elements of the Leeds International Artist Book Fair, so much so, that I didn’t even have time to organise my own stall. So I was very happy to hear that the proposal for my book for the AMBruno stall has been accepted.

AMBruno
AMBruno are primarily a London-based collective who aims are to ‘represent current artistic thought, practice and sensibility translated and expanded into book art form’. Having worked with them previously for shows at the Whitechapel Gallery, London and LAB Gallery, New York, I’m excited to be involved with their new project, the brief for which is ‘16’.

The group often participate in artist book fairs nationally and internationally, but instead of asking their members to provide their latest work to show, the stall is curated around a theme. This has the effect of bringing together a coherent body of work on the stall, whilst also encouraging the production of new work for each exhibition.

16
As I’m attempting to focus much of the work I’m producing around my main research question (the function of the work of art), I decided to use this as a starting point for how I would approach the brief. My inspiration came as I was listening to a presentation on the meaning and function of Islamic magic squares at the Charming Intentions conference in Cambridge (from week 12).

I started to consider the ‘magical’ properties of flexagons, how previously unseen pages appear through folding the page in different directions. A square panel book, based on a flexagon design, could unfold to reveal one of four pages, each made up of four sections, totalling 16 sections altogether.

Art and alchemy
However, although I had now chosen the form that the book would take, I was still unsure about its contents. Given that the magic square often has ritual as well as mathematical connotations, I decided to consider its application within visual culture. The image of the magic square in Albrecht Dürer’s ‘Melancholia I’ is one of the first examples in European art, and has been interpreted as being rich in alchemical symbolism.

The title of the work relates to one of the four temperaments (melancholic, phlegmatic, choleric, and sanguine). These were linked in the medieval mind with the four humors (black bile, phlegm, yellow bile, blood), as well as the four elements (earth, air, fire, water) and the colours which represented the four stages of alchemy (black, white, citrine, red). Yet another search revealed that sulphur (or brimstone), one of the three cardinal principles of alchemy, also has the atomic number 16, connecting alchemy and the elements back to the original brief.

Psuedo-histories
Through creating pseudo-museological objects, which explore the apotropaic principles of puzzles, patterns and numbers (among other things), the work also relates back to the agency of the object, and how it functions within society.

Although the mixing of alchemical, hermetic and religious imagery may be detrimental to the understanding of the original source material, the purpose is to highlight the relevance of context when viewing artworks. This can occur when curating art and artefacts in museum settings, where new relationships between artworks and their respective audiences are created, thereby developing new interpretations. 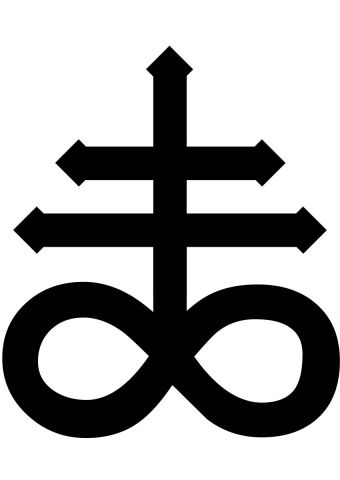