Considering the nature of capital in the production of objects is a theme that is inherent within artist practice, whether directly or indirectly. This concept relates to everything from the time and materials available to produce work (dictated by sources of income), through to considering the consumer market for these artistic products.

The art market as an ‘object based economy’ has been discussed by Nicolas Bourriaud (in week 84) as a way of solidifying the world through inventing “modes of representation… for a reality that is becoming more abstract each day”. However, other artists are reflecting this “landscape of the insubstantial” through more conceptually based practices, such as Neil Cummings and Marysia Lewandowska’s 2001 project, ‘Capital’.

Capital
Capital was the inaugural project of the Contemporary Interventions programme, which was launched at Tate Modern in 2001. The programme was established to commission annual artistic projects in order to “enable artists and others to investigate and comment on the core practice of the museum”. As Lars Nittve, the director of the Tate Modern (1998-2001), described in his foreword to the exhibition catalogue: “With their project ‘Capital’, the artists [Neil Cummings and Marysia Lewandowska] have cut through and laid bare layer upon layer of micro- and macro- systems of structure, meaning and value in the museum and… its place in society’s systems of value, production and exchange”. (Capital, p7)

In particular, the application of Marxist and anthropological theoretical frameworks to artistic practice enabled Cummings and Lewandowska to produce “a series of encounters… between two iconic institutions and the economies they animate; the Tate and the Bank of England… triggered by the issue of a gift [in the form of] a beautiful limited edition artwork” (Neil Cummings and Marysia Lewandowska, ‘Enthusiasts, and the Enthusiasts Archive’). The project therefore, became the basis for a series of seminars, essays and interventions, which included an element where “arbitrarily chosen visitors [were] given a limited-edition print, issued by the artists, through a gallery official… Capital, the gift, [became] thus a gesture as much as a thing” (Capital, p13).

Gift Theory
This exploration of notions of value was predicated on the shared geographical space of the Tate and the Bank of England, as well as the utilisation of the gift in the formation of both organisations. As Frances Morris states in his essay ‘Gift, Economy, Trust’ in the exhibition catalogue for Capital: “Both Tate and the Bank of England were established by the act of giving. In 1694,  the Bank was initiated by a loan to the government raised by public subscription… [while] Tate was founded by a gift [of money, paintings and sculpture] from the sugar magnate Sir Henry Tate in 1897” (Capital, p13).

The essay ‘I.O.U. Nothing’ by Jeremy Valentine further explores the notion of the gift through the work of the sociologist Marcel Mauss and the structural linguist and semiotician Emile Benveniste. According to Beneviste, “the common Indo-European roots of giving are indistinguishable from taking, by dint of ‘a curious semantic ambivalence’… Consequently,  giving is indistinguishable from the obligation to return, and thus debt.” This argument is continued by philosophers such as Derrida in his 1994 book ‘Given Time’. Here, he considers the “impossibility of the gift” due to the intention and expectation of the giver: ‘A gift requires that there be no “reciprocity, return, exchange, countergift, or debt. If the other gives me back or owes me or has to give me back what I give him or her, there will not have been a gift, whether this restitution is immediate or whether it is programmed by a complex calculation of a long-term deferral or differance”.’ (http://www.leithart.com/archives/002003.php)

Symbolic economies
Derrida’s explorations of the gift were a reexamination of earlier theories of the time of exchange by Marcel Mauss. In his 1923 book ‘The Gift: Forms and Functions of Exchange in Archaic Societies’, Mauss investigates the notion of the potlatch. As Jeremy Valentine describes, potlatch is “a communal festival in which the community is affirmed by the consumption of the resources on which it relies, and which in their production organises the social relations of the community itself which potlatch destroys in order for such relations to be rebuilt, thus giving purpose to the labour of production itself.”  (Capital, p50)

Although Valentine states that potlatch “constitutes a form of expenditure without return… (a pure gift)”, it also suggests a type of “symbolic economy” through which the production of goods is linked to the communities engaged in the exchange. (Capital, p50) These reciprocal networks of values and economies are the basis for the Capital project. As Cummings and Lewandowska summarise, “Objects – while acting as tools, products, works of art or commodities – are essentially vehicles for relationships between people” (Capital, p31)

Further reading:
Artist Jean McEwan uses ideas of gift and reciprocity in her practice in order to produce photographic and participatory work. You can find out more about her project at: https://www.a-n.co.uk/blogs/reciprocity 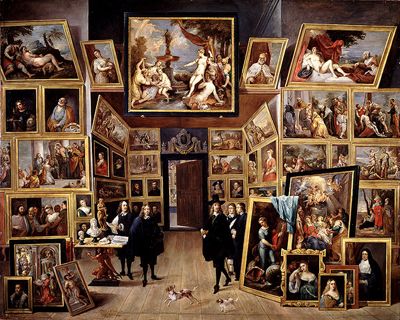 In previous weeks I have discussed the term ‘post’ in relation to postcards, blogging and networks, as well as the Post-Internet phenomenon. Post-Internet art explores artists relationships to the web and the way that it is changing artistic production. Nicolas Bourriaud has previously framed these new forms of art making as part of a broader pattern, which he refers to as ‘Post production’. In this case, “the prefix ‘post’ does not signal any negation or surpassing; it refers to a zone of activity”.

Post production
In his book of the same name, Bourriaud outlines the term ‘post production’ as an analogy for artistic practices: “Post production is a technical term from the audiovisual vocabulary used in television, film, and video. It refers to the set of processes applied to recorded material: montage, the inclusion of other visual or audio sources, subtitling, voice-overs, and special effects. As a set of activities linked to the service industry and recycling, post production belongs to the tertiary sector, as opposed to the industrial or agricultural sector, i.e., the production of raw materials”. In other words, artists are increasingly making work as references, interpretations or reproductions of pre-existing forms of art and culture.

He describes this practice as “the eradication of the traditional distinction between production and consumption”, otherwise referred to as prosumer culture, which has become more prevalent with the expansion of Web 2.0. Writing in 2002, Bourriaud situated this as a recent phenomenon and suggested that this was in response to the ever increasing proliferation of forms and images available to us through the expansion of the internet. However, these types of behaviours have previously been theorised in relation to neomedievalism, and can also be seen in the work of artists throughout history (see image).

Neomedievalism
I first encountered the term ‘neomedievalism‘ back at the start of my PhD, so it’s interesting to come full circle, especially in light of all the additional research I’ve done around my topic in relation to Aby Warburg. The relationship between post production, prosumer culture and neomedievalism is addressed in my earlier blogpost on the neomedieval economy.

“The neomedieval economy references changes in the means of production made necessary due to large scale pandemic [or similar economic disaster. In 1349] in the aftermath of the Black Death, with the population of Europe having been severely diminished, improved production methods were required to make up for the decrease in skilled labour. In his book, Makers: The New Industrial Revolution, Chris Anderson suggests a marked development of this kind of ‘prosumer’ society, where DIY culture, coupled with increased access to new technology, leads to more opportunities for democratising production processes in a similar way to the post-plague era”.

Categories of post production
However, although Bourriaud’s ‘post production’ appears to be based on the false premise of ‘new’ responses and behaviours by artists, his book does outline some of the developments of these practices including artists working self-reflexively and questioning a particular “modernist ideology of originality”, alongside the increase and development of new technologies to enable the acquisition, reproduction and dissemination of new works.

He separates the artists into categories in order to describe the ways in which they remix art and popular culture. These categories include works that make use of existing art objects, images, styles, and forms to explore how artists “testify to a willingness to inscribe the work of art within a network of signs and significations, instead of considering it an autonomous or original form”. Particular examples of this type of practice include Mike Kelley and Paul McCarthy’s use of actors and models to produce new interpretations of Vito Acconci’s work in ‘Fresh Acconci’ (1995), and Douglas Gordon’s ’24 Hour Psycho’ (1997) in which the artist projected a version of the Alfred Hitchcock film which had been slowed down to run for 24 hours.

Labour and capital
Another theme running through these practices is one of labour and capital. The artists’ use of objects which have already been produced, Bourriaud argues, references Marx’s theories of capital: “a mixture of accumulated labor and tools of production”. He cites Marcel Duchamp’s readymade ‘Bottle Rack’ as a work which brought “the capitalist process of production… into the sphere of art, while at the same time indexing the role of the artist to the world of exchange”.

Bourriaud concludes that contemporary artists building on these traditions of the readymade may also be responding to the abstraction of economic globalisation, of which prosumer culture is a part: “Art tends to give shape and weight to the most invisible processes. When entire sections of our existence spiral into abstraction as a result of economic globalization, when the basic functions of our daily lives are slowly transformed into products of consumption (including human relations, which are becoming a full-fledged industrial concern), it seems highly logical that artists might seek to rematerialize these functions and processes… Not as objects, which would be to fall into the trap of reification, but as mediums of experience: by striving to shatter the logic of the spectacle, art restores the world to us as an experience to be lived. Since the economic system gradually deprives us of this experience, modes of representation must be invented for a reality that is becoming more abstract each day”.