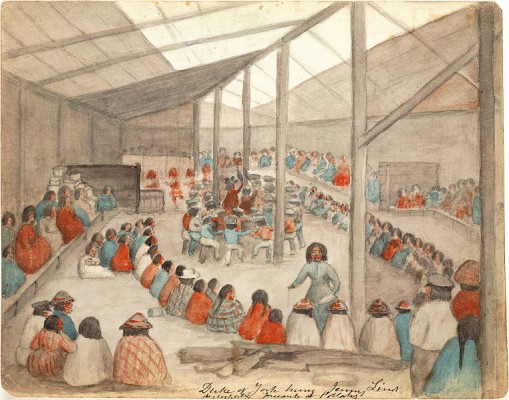 After reading about artists Neil Cummings and Marysia Lewandowska using gift theory to contextualise their practice, I thought it would be useful to study some introductory texts about the gift to see how it might relate to my own artistic research.

Lewis Hyde’s ‘The Gift’
One such text, ‘The Gift’ (1983) by Lewis Hyde, fuses art, economics, anthropology and folklore, to explore gift culture and its impact on creativity. The text functions as a useful introduction to theorists examining the notion of ‘the gift’, as well as using these ideas to “illuminate and defend the non-commercial portion of artistic practice”. (http://www.lewishyde.com)

Hyde converges these two concepts, “the idea of art as a gift and the problem of the market”, by applying previous work on the anthropology of gifts, such as Marcel Mauss’s 1924 essay ‘The Gift: Forms and Functions of Exchange in Archaic Societies’ to a Western model of capitalism, particularly in relation to art. Hyde suggests that art which is turned into a “pure commodity” is used up by the economic transaction, in the same way that capitalism “removes surplus wealth from circulation and lays it aside to produce more wealth”. In contrast, the gift which is allowed to move freely, always promises to come back and therefore, although consumed, is never “used up”. This is reflected, to a certain extent, in the model of social enterprise, which reinvests its profits back into the community.

Gift/commodity
Hyde establishes the distinction between the work of art as gift or commodity using the example of a series of romantic novels which have been “written according to a formula developed through market research.” (Hyde, 1983)

“An advertising agency polled a group of women readers. What age should the heroine be? Should the man she meets be married or single? The hero and heroine are not allowed in bed together until they are married. Each novel is 192 pages long. Even the name of the series and the design of the cover have been tailored to the demands of the market. Six new titles appear each month and two hundred thousand copies of each title are printed. Why do we suspect that Silhouette Romances will not be enduring works of art? What is it about a work of art, even when it is bought and sold in the market, that makes us distinguish it from such pure commodities as these?” (Hyde, 1983)

Two economies
Despite this calculated mechanism of production, it could be argued that were an artist to create these novels as a reflexive nod to market forces and participatory art practice, then they would still be a work of art. This implies that the same object and process can produce very different meanings and values depending on the context of its production and distribution. As Hyde himself later writes “Any object, any item of commerce, becomes one kind of property or another depending on how we use it” (Hyde, 1983).

However, despite this discrepancy, Hyde recognises that “works of art [can] exist simultaneously in two ‘economies’, a market economy and a gift economy… however”, he notes, “a work of art can survive without the market, but where there is no gift there is no art” (Hyde, 1983).

The work of art as a gift
In understanding the work of art as a gift, Hyde considers the relationship of the artist to the artwork, by extrapolating on ideas of of talent, intuition and inspiration as gifts: “As the artist works, some portion of his creation is bestowed upon him. An idea pops into his head, a tune begins to play, a phrase comes to mind, a color falls in place on the canvas. Usually, in fact, the artist does not find himself engaged or exhilarated by the work, nor does it seem authentic, until this gratuitous element has appeared, so that along with any true creation comes the uncanny sense that ‘I’ the artist, did not make the work”. He uses the Grimm folk tale ‘The Elves and the Shoemaker’ to illustrate his point, with the shoemaker as the artist and the elves as his developing talent and inspiration.

However, he poses, “If a work of art is the emanation of its maker’s gift and if it is received by its audience as a gift, then is it, too, a gift”. According to Hyde this is indeed the case, for example “when art acts as an agent of transformation” or when it “leaves a series of interconnected relationships in its wake, and a kind of decentralized cohesiveness emerges”.