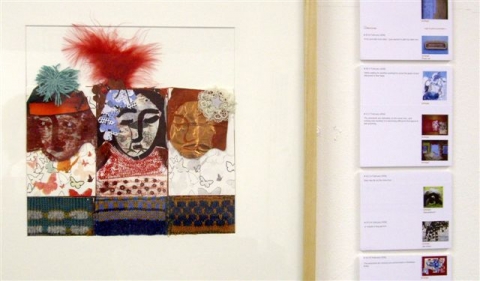 ..loved the little book that came with the postcard..decided to carry on with the plug trees idea …so put little cut out shapes into the book…reminds me of those i did as a child …also liked the funny shapes i ended up with ,think I'll put some on the envelope…

…great to see the postcards on the move again…it's interesting to see the idea of addition and subtraction , also construction and reconstruction being used as a process with the postcards…I've particularly enjoyed a certain sense of freedom with working on the cards …I suppose it's been the sense of collective responsibility for me personally …L 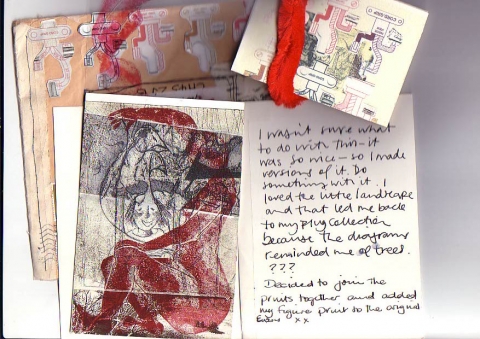 This image seems to me to be complete already after only 4 artists have worked with it. The idea began from a 'book' and so I have added a page and put it back into a 'book'. 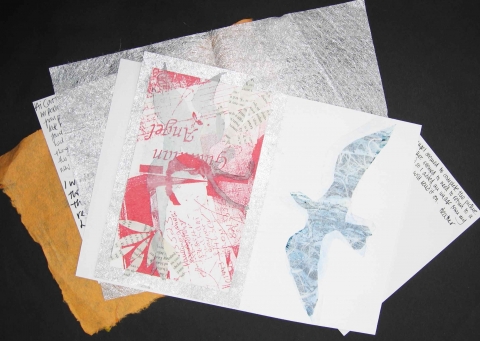 Another 2 postcards arrived. Once I have added to this one it is finished. It was labelled as 'Hidden and Revealed' and so I decided to take everything apart and go from there. 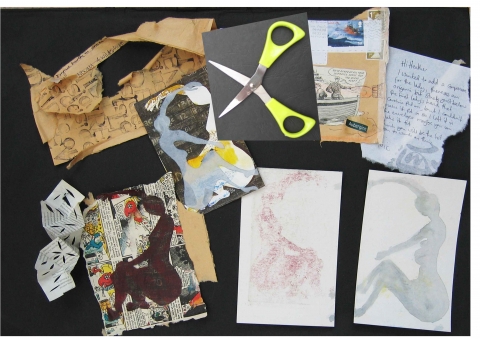