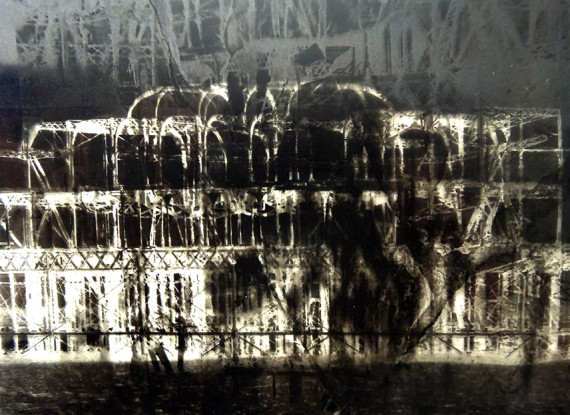 Working on the final module for my degree, I’ve been dismantling imagery: looking at fragments, reassembling them, exploring different ways of pulling an image apart and how it affects the meaning, considering how far I can push this and ending up with just the threads of the canvas (which themselves form the line of the drawing – the two-dimensional becomes sculptural). Eventually all that remain are the traces the threads leave behind.

Approaching the end of my final year at Hereford College of Arts is both exciting and rather daunting. As a part-time student, this has been a major part of my life for the past 7 years. The benefit of having spent so long in a creative environment is the extended opportunity to engage in discussion with others, tap on the expertise of tutors and use all the facilities to explore new ideas. My next step is finding a studio space – a designated workplace that is not home.

Meanwhile, in the run-up to our Degree Show, new ideas are coming all the time and I’m looking forward to developing these after assessments are over! 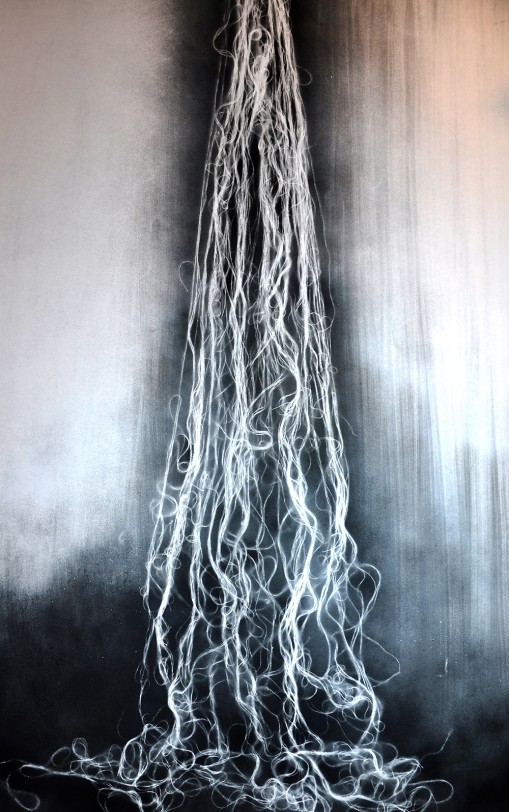 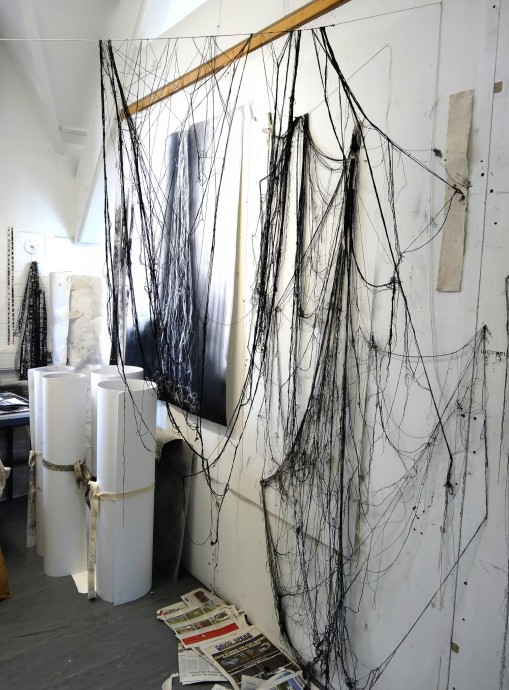 This afternoon was spent pulling threads from a 2m length of canvas, which is surprisingly therapeutic – particularly after hours spent in the computer suite battling with a hyperlink that wouldn’t work. I’m preparing to create a network of canvas threads that will cover the wall. There is a point beyond which I can’t pull any more away from the strips I’ve been cutting. This leaves a central core of fabric with tufts on either side, giving the appearance of feathers. I love the way the lengths want to reunite as they catch on each other and hold fast – in fact, one of my fellow students in the studio remarked that they had their own character. And they do.