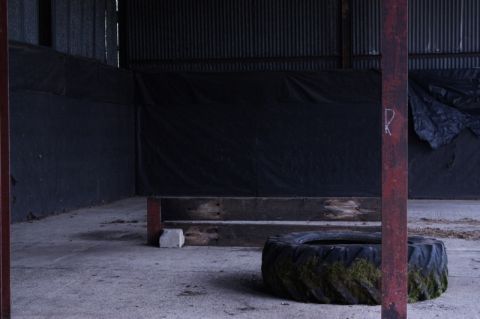 Today I surprisingly have time to catch up with myself. Past weeks have been a blur of work and voluntary commitments. These appear to be unavoidable when you live in a village with the family at the local school. Raffle’s, summer fair plans, and – if you’re the only artist in the village – a constant run of art related jobs.

All done now, this should have been the first day of my Re:view sessions. Cancelled due to the curator’s illness however, the session has been postponed to next Friday (which is actually my birthday but I’ll keep that quiet.) Reading on a-n about the journey of three unrepresented artists though, I thought it would be good to explain the path which brought me in contact with the mentors I have chosen. I will call these curators A,B and C for the moment as I have not discussed with them if I have permission to write about them in any detail.

At the time of writing my Re:view proposal curators A and B were two people I very much wanted to work with. Curator A I knew was out of the country so there was little point in contacting her as the deadline was fast approaching and curator B proved equally slippery to get hold of. Curator C is a London based gallery who offer an intense one-to-one session of critical dialogue that I know from others has been extremely helpful to their work. This is a gallery I have shown with before and who I know have a level of respect for my work.I specifically wanted a mix of input into my practice from individuals but also from an established, structured session such as this gallery offers, to gain as broad a range of support as possible. It was also important to me to work with people I had already established some form of relationship with.

In the end I shaped the Re:view proposal around curators C, adding a couple of other contacts. I knew that this was exactly the right moment in my practice to undertake such dialogue but I still felt I haven’t quite hit the nail on the head with my choices. The Re:view grant was awarded and I couldn’t have been happier. During this time I was working on a video piece called ‘In my father’s house…’. It is an intensely personal piece of work utilising three pieces of footage, which, when recorded were never originally intended to be used. Despite my reservations at working with such personal material, somehow this work demanded to be made and on finishing it I found it impossible to stand back far enough emotionally to gain a more objective audience view. I did something then I’ve never done before and sent a link to the work to 3 curators I know personally, asking for their feedback.

One was curator A, a very respected and talented freelance curator who focuses specifically on digital media and film. Some time, long before the RE:View offer, at a group show where curator A was chairing the discussion panel, I had a quick chat with her and we had agreed to meet up some months later when she returned from a long trip abroad. Over the years I think I have contacted this curator two or three times perhaps via e-mail for various reasons. When the date we had planned many months previously finally came up to meet, she had long forgotten about it and postponed. This happened once or twice until I sent her the video piece. She liked it, apparently had been tracking my work for a couple of years and eventually wanted to meet…

Returning to blogging on a-n is like picking up with an old friend again and I’m particularly happy to be returning as the recipient of an a-n Re:View bursary. Funding to facilitate critical dialogue around my work, firstly, is absolutely, totally the last thing I expected to find in this climate of cuts and secondly, absolutely, exactly what I needed at this stage in my practice. So I’m very happy.

For those of you that are new to my work, I put my original practice, with a back catalogue of exhibitions and international residencies etc, into hibernation to raise a large family, and in 2008, before they were quite done, and after 10 years of endless nappies and broken nights, I got it out, dusted it off and began again. Since then I’ve been building up my work, exhibitions, contacts, expanding into new media, and generally making up for lost time. Last year was particularly frantic and this year I have taken my foot off the pedal somewhat with the sole intention of spending time in critical engagement with myself, my work and others. Luckily this has coincided with relationships with others developing to the point where they have suggested such a process and a-n kindly awarding me the bursary.

And so, quite unexpectedly, that brings us to now. 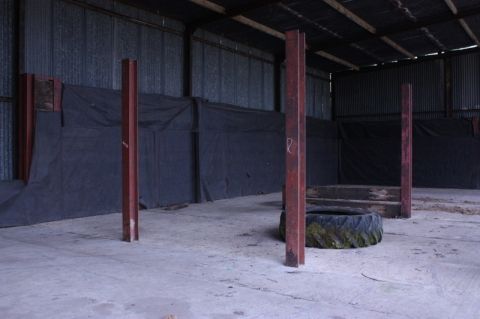