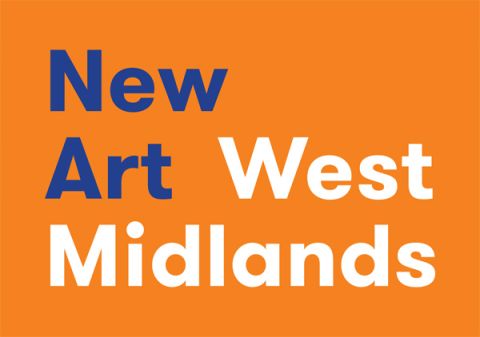 So university finished about 2 months ago. What have I been up to?

I packed my things and moved to London. Since then I have finally had a little free time to read, visit exhibitions, art events and open studio days; most recently Hackney Wicked which was a lot of fun.

I have also been frantically sifting through opportunities to find relevant art jobs and residencies, as well as jobs in general as I need to pay the rent. I am also on the look out for an affordable studio space ( + I need to find someone willing to share a space to reduce the rent price).

I have also found out that my artwork will be part of New Art West Midlands 2014. This is an annual 3 month, milti-sited exhibition primarily for selected recent graduates in the West Midlands. I cannot wait for the meetings to commence and for me to figure out which venue(s) my work fits the best in.

So it began; de-installation of the graduate exhibition.

Photographs of the artwork I created for the degree show can be found on my website here: www.sikanderpervez.co.uk/#/gallery-2013/4577347019

We had a successful degree show opening night and week. Many artists from the class had their work scouted for festivals including Lichfield festival which opens 4 July 2013 at 4.30pm.

What I am doing now: packing my things moving to London this week. I was a finalist for the University Hospital of North Staffordshire commission for an artwork for the site towards the end of the second year of univeristy. This is a project which I am going to be heavily researching and thinking about ways it could be possible from now on, alongside applying for exhibitions and residencies throughtout the UK, especially in London.

We collected suggestions for the name of the degree show 2013 from the class and voted for the most successful.

I thought that a word would not encapsulate all the different artworks as everyone works in different ways and for different reasons. I started to think about what links the artwork together. My suggestion was to name show 53°N -2°E; the coordinates to the gallery that houses the degree show.

I created artwork called Gallery, for the show.

I have been working with castor wheels over the past year. The interest stems from working with objects that are formally representational of the function for which they are created yet are only able to become functional once they have been attached to another object. In Gallery I wanted the castors to retain this quality; therefore, I did not physically manipulate them to become unrecognisable. Instead, I used repetition as a method of alteration of the viewers’ understanding not only of the wheels, but also what they are attached to; temporary gallery walls which are arranged in such a way that they insinuate themselves into the architectural space of the gallery to form one piece of interactive artwork.

Gallery comes after a recent development of site specificity in my practice. I have been interested in working with what I consider to be temporary empty spaces, spaces in which there is no sense of character or permanence. This artwork is motivated by challenging the preconceptions that the audience may have about gallery spaces.

Having looked through photographic documentation of the development of my practice, I came to a realisation that, within my artwork, I explore the relationship between human beings and objects, and how we interact with them. I work with familiar objects to manipulate their philosophical existence which in turn unsettles the viewers understanding of them. This artwork went beyond the use of familiar objects and was concentrated on physically altering the generic gallery space.

The attached photographs represent the decision making process I went through for the configuration of the Castor wheels.

I have titled the degree show work is titled Gallery.

This will make more sense when I upload a photograph of the work in its entirety.

I already work with objects that have connotations of function when viewed but are unable to be functional until they are attached to something else.

A plinth still has a status of being a plinth but it could be argued that it is only functional when it is being used within a gallery setting.