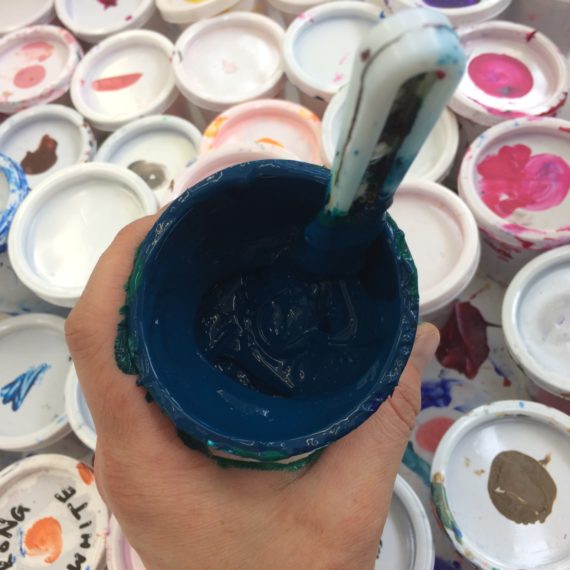 So, the first question before delving further into the colours, was how was I going to bind them to the page? I wanted to see what I could source from the local market, everyday ingredients that you find in the kitchen…or Mexican kitchen at least. We know that egg tempera paintings we found in Egyptian tombs and knowing the significance of Nopal in Mexico, known for its waterproofing quality for paints, Nopal pads were also on my shopping list.

Another culturally significant starch is of course maize flour since this is another indigenous species to this part of the world, having first been domesticated here some 10,000 years ago.

Señora Marce advised me on how to extract the “baba de nopal” (nopal dribble or slime), cutting it and massaging it before leaving it to exude. 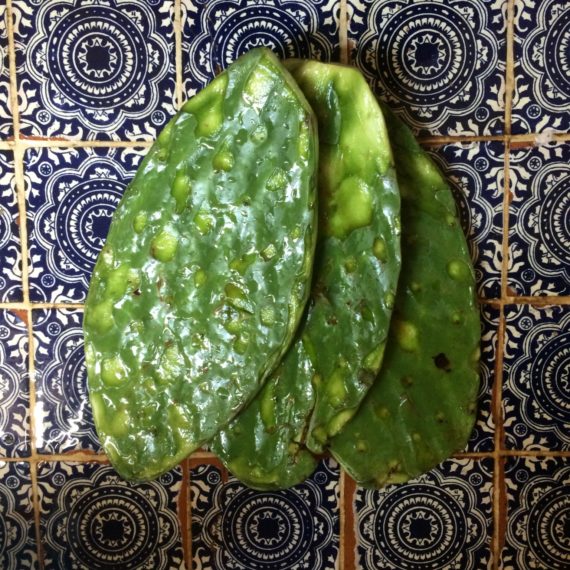 Though since these binders also had to have a good consistency for screen printing I looked for other alternatives (nopal and egg had both been quite watery). Luckily there is such an appetite for DIY products that Drogueria Cosmopolitana has at least two shops in Mexico city for all your chemical ingredients, the kind of thing you have to look online for in the UK. So here I asked for all their natural gums and came away with Guar, Tragacanth, Xanthan and Gum Arabic. 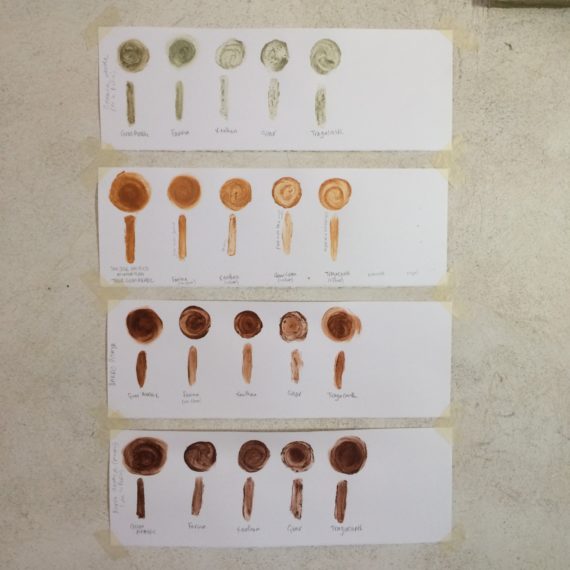