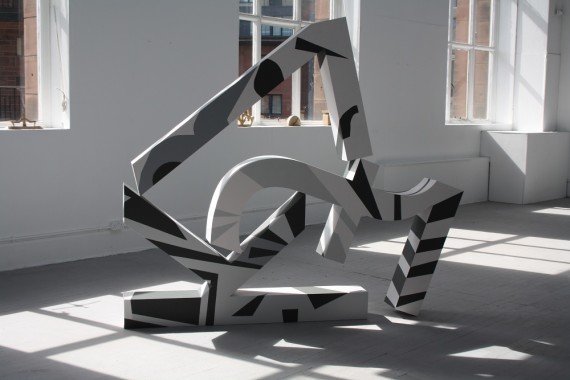 My mentoring year has started well; I received confirmation of funding for a project I’ve been planning since relocating to the Highlands (more on that soon) and I recently went to the Working Together Symposium, organised by the Wysing Arts Centre.

Report on this here:

Last weekend I had the opportunity to travel to London to attend the “Working Together” symposium at the Focal Point Gallery in Southend-on-Sea. The symposium, organised by Wysing Arts Centre, was a one-day event which covered different aspects of artists working with institutions and their impact on them. I was fortunate to be granted a travel bursary to attend this event, provided by East Contemporary Visual Arts Network (ECVAN), the provision of which is great to see coming from larger organisations and funding bodies providing support which allows artists to be involved in events such as this. Support of this kind facilitates the opportunities I am seeking to network further afield and connect with creative practitioners working in similar areas.

Including speakers from the UK and the Netherlands, the programme focused on working with large institutions, residency programmes and within communities. The presentations ranged between conversational to more conventional, but kept within a fairly informal remit which led the tone of the day agreeably. Specifically in terms of the speakers from larger institutions, it was good to hear their stories and points of view, as in normal circumstances as an emerging artist, it would be unlikely that one would have contact. This perhaps reflects the gulf that sometimes appears between the two bodies; institution and artist. However, the session focused mainly on the positive and how good working relationships can be transformative for both the artists’ practice and for attitudes and working methods of the institution, creating historical precedents for artists working with institutions. However, it was noted that often larger forces which are controlled by budget among other things take priority (of course…) in decision making processes.

A particularly important point from listening to Beatrix Ruf, Director of the Stedlijk Museum, was going back to the how and why museums are founded – how they can be initially representative of what is missing in a societal context. Furthermore, how institutions then need to continue to constantly revisit this: what is missing now? It is a challenge to rethink what the institution is and what it can be, what its public relevance is. Perhaps this is why some institutions don’t carry on forever. Perhaps what is missing is the voice of the artist? Artists often seem to not be the main focus, but can offer potential creative solutions when included (on a practical level for example). So how can these types of larger institutions support artists? In making artists part of the institution, reducing the perceived apprehension sometimes felt on either side. Although it was a fascinating insight to hear from such a large and successful institution, it would have been a helpful counterpoint to hear from a smaller, less well funded institution (gallery or museum) about their artist/organisation relationships and how these same themes are addressed and their insights.

Next followed a combined presentation from Casco, a collaborative space for artistic research and experimentation in Utrecht, The Netherlands and Werker Magazine, a collective photographic experiment. These focused on collective work, artist led activity and connections with the communities in which they work. At the core of the projects looked at were the foundations of contribution, exchange and working together in micro societies and within these, finding new ways to share and collectivise work. In contrast to the larger more robust institutions explored, the conditions of precarity were explored and the influence and presence of the artist (including considering who that is) being larger forces from which these collective, social projects develop. I felt that collective work meaning common goals was firmly iterated and pointed to a clear distinction between this kind of smaller, artist-led organisation and larger institutions – yet the topic of the role of the artist and their responsibility to the public fitted in well here too – does this responsibility depend on the kind of institution worked with? (e.g. its purpose, size, sphere of activity).

In contrast, another large and well established organisation then spoke on artist residencies, De Ateliers, Amsterdam. Like many high quality funded residency programmes, De Ateliers is a very competitive and quite niche opportunity for young artists*  (*this definition we explored later = perhaps emerging is a better suited term to use in most contexts but in this residency it is unlikely you would be selected if over 30).

However, De Ateliers seems to be kept simple and has been for many years – and summed up by Director Dominic van den Boogerd – you learn art by doing it. And I like this simplicity and uncomplicated way of ensuring quality – because certainly the quality of the participants reflects on the way the institution is viewed. Suggesting this can be in some parts achieved by institutional everyday critique – questioning what the institution is and making constant re-evaluation, echoing the earlier speakers’ thoughts.  Artists are clearly at the heart of this institution and its priority, which perhaps by having kept things simple has ensured this.

This was a good example of a different kind of institution, however it sits quite comfortably in a large European city – I wonder how other less well funded residency schemes are able to prioritise artists? I recently heard a talk from Timespan, an arts venue in the north of Scotland, who among other cultural activities host artist residencies. Due to its peculiarity of location, this question of what the institution is (and its obligations to the surrounding area and expectations of the community) featured greatly and this pull between competing roles can perhaps sometimes shift focus away from the artist or the limits of what is possible within the framework. However, this is not meant as a comparison of like for like, just an introduction of a contrasting perspective.

Later in the breakout group sessions, amongst other things, this question was raised: what can bodies such as ECVAN do to support artists? Having recently attended a sector review session hosted by Creative Scotland, I felt well placed to contribute – the answer could be; ask the artists, listen to what they need now, and value their time and contribution whilst doing so. These sector reviews were an information gathering exercise which included artists and creative practitioners in the visual arts sector in Scotland. As an example, there included an attendance allowance to be there – at once valuing artists’ time and contribution. Focuses for discussion included what has worked in the past, what people need now and how might this be achieved. This example of institutional critique reiterates this notion of constant questioning and re-evaluation to reassert its fitness for purpose (and indeed what that purpose is). Clearly the feedback loop will need to be completed and when the results and subsequent changes and developments occur, those working in the sector will be able to evaluate this process. Meanwhile, it is encouraging to see this kind of collaboration and relationship building happening, beginning to break down perceived barriers that exist between a large institution and a wide variety of creative practitioners.

The day at Southend finished with a short film screening and a look at their exhibition Duh? Art & Stupidity before heading back to London. Attending an event like this alone meant for meeting others, another objective of the day in which I was not disappointed. Leaving one’s own sphere of activity to learn and widen networks has shared benefits, a souvenir from Southend; collective work equals common goals?