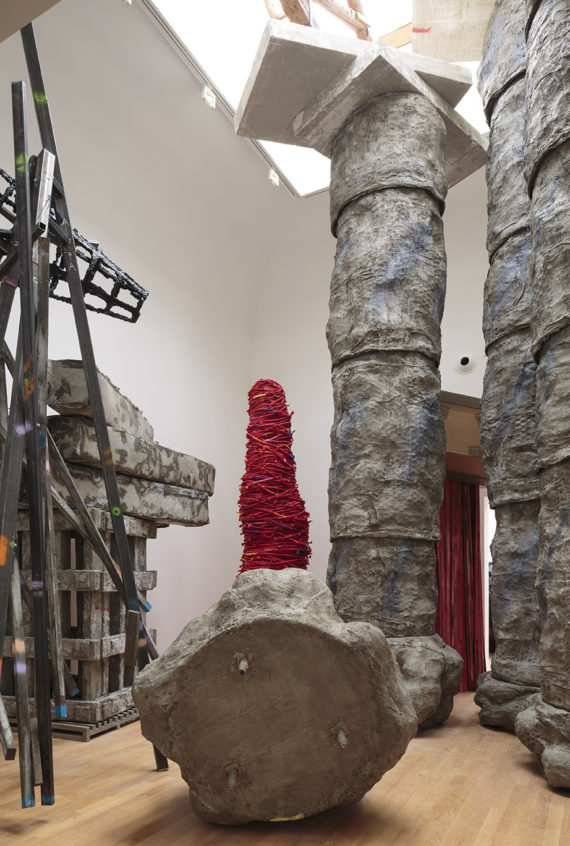 For six months every two years, Venice’s Giardini, Arsenale and many splendoured palazzos play host to the Art Biennale. This year, titled Arte Viva Arte and curated by Christine Macel, promised ‘an extrovert movement from the self to the other, towards a common space beyond the defined dimensions, and onwards to the idea of a potential neo-humanism’ for a world ‘full of conflicts and shocks.’ Forewarned is forearmed, I proceeded to the preview week ready to seek new political promise.

Seven days of breakfast, brunches, aperitifs and after parties in a never-ending parmesan and prosecco pit, I came away feeling exhausted and soul-weary. The curated exhibitions in the Giardini and Arsenale did not live up to Macel’s noble claims. Instead, scattered amongst many wonderful works that wove their own magical worlds, including pieces by Michele Ciacciofera, Anri Sala and Liliana, were a number of works so politically obvious and inert that abc was a mode too complex for them.

The deepest nadir though was Olafur Eliasson’s Green Light for migration project. Refugees were making green lights for sale in a central atrium. You could have a cosy chat together while they taught you how to string a light together during a six week stay for which they were unpaid. Perhaps I’m utterly naïve and being anywhere is better than being in a refugee camp but I left our conversation close to tears at what felt like heavy exploitation for light return. I fared somewhat better with the national pavilions. Here my highlights were works that seemed to admit they were powerless before and confused by a world in constant flood and flow.

Geoffrey Farmer’s A Way Out of the Mirror (Canada, Giardini) is a personal and archaeological excavation. At the centre of the dismantled pavilion is a geyser spouting from the old foundations of Castello. Farmer’s text that accompanies his work is a Ginsbergesque fountain with his own fragility at its centre. Past him, past this site rush everything, life, death, past, present, politics, memories in a connected web that can be glimpsed but not held.

Phyllida Barlow’s Folly (Great Britain, Giardini) references architectural feats but her flights of fancy strike me as more contingent and precarious. Each of her assemblages, whether stacked boulders, leaning columns or piled layers, appear as a giant child’s playful balancing gesture. They might stay standing, they might topple, or the capricious child might delight in their destruction, come what consequences may, with one sweep of their arm. 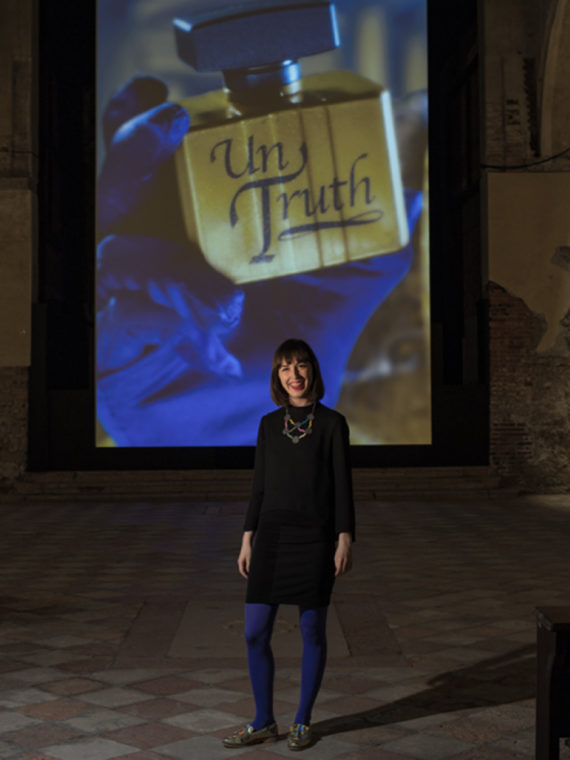 Rachel Maclean’s breathtaking vertical film Spite Your Face (Scotland, collateral, Chiesa di Santa Caterina) is an epic story of rise, fall, redemption and condemnation, stuck in a perpetual narrative loop. Pic, the Pinocchio protagonist, encountering hosts of angels, fans and schemers, all played by a prosthetically disguised Maclean, finds and loses his innocence in a game in which ‘truth’ and ‘untruth’ are indistinct and interchangeable in a satirical fable that mirrors recent political realities. 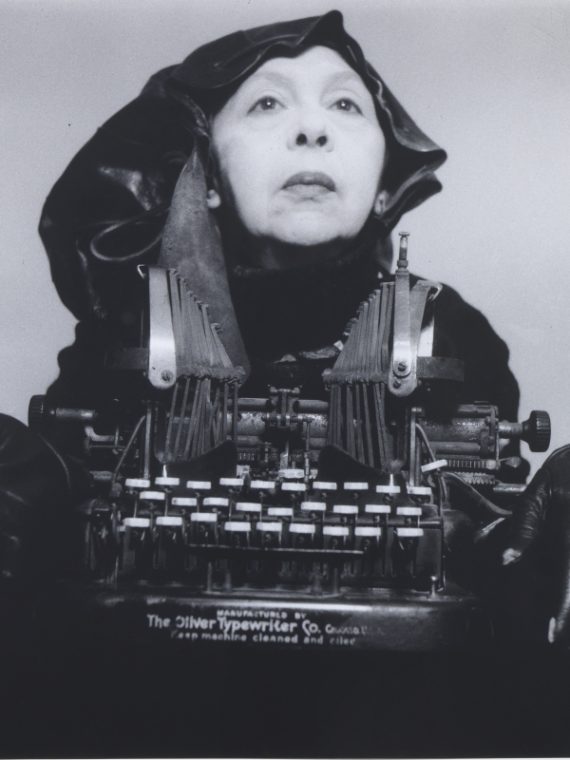 It was wonderful to see Geta Brătescu’s Apparitions (Romania, Giardini) a selection of whose work was just recently on show at Camden Arts Centre. At 91 years old, she works daily in her studio on a Bourgeoisesque practice that spans drawing, video, books, embroidery, fabric and mixed media installation, creating a diverse body of work united by a process of psychological and memory excavation.

In other pavilions, Kirstine Roepstorff’s influenza. theatre of glowing darkness (Denmark, Giardini) stole half an hour of my life that I’ll never get back. Half an hour of a twee story in a twee light show. That I’ll never get back. I queued diligently for Anne Imhof’s prizewinning Faust (Germany, Giardini) but with a selfie- snapping audience of Punchdrunk levels of aggression, it was hard to get a sense of the performance’s atmosphere proper. Points for a sinister take on the terms by which we ‘other’, sort or select people go to Mario Sagradini’s The Law of the Funnel, a wooden replica of a cattle sorting pen (Uruguay, Giardini) and George Drivas’ Laboratory of Diliemnas, a medical research metafiction video installation (Greece, Giardini).

Mostly importantly, the worst party was Xavier Veilhan’s access only by boat and security bracelet Studio Venezia party, all podium posers and bad beats, while the LIAF-GIBCA party hosted by Norway and Sweden was the most fun, reminding us that nothing beats Scandinavian electropop.

My visit to the preview was supported by a bursary from a-n The Artist Information Company.