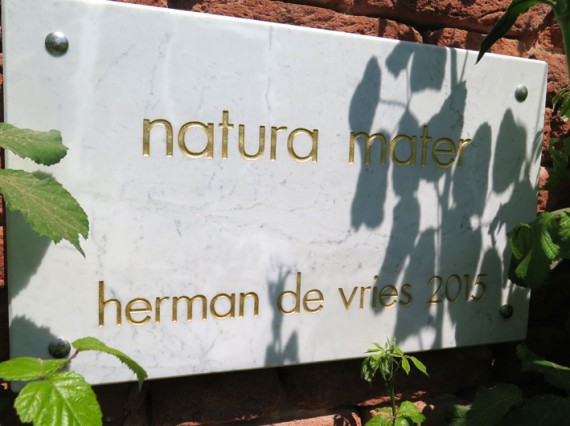 Venice: a series of observations noted on a mobile phone

From the Welsh pavilion- ‘Nihil divinum stabile est. Caetera fumus.’
‘Nothing is stable if not divine. The rest is smoke.’
From the locals in the Cantina Do Spade: “Water makes rust”
From my balcony, stylish tricycles
Artworks and eccentrics clamoring for attention
Stretched faces and Art as selfie backdrop
The British pavilion with its fnarr fnarr one liners
Japanese tourists in gondolas, Elton John’s boat.
Guidecca for phantom parties,
Gianni’s pizza & prosecco; Nico’s icecream.
Irish freeform events with a Rubber-band.
Isolation island of Lazzaretto,
A missed boat that came back for us
Two dogs delighted to see humans,
Gold text hidden in the grass
Murano glass, Burano glass, “Never get off the boat”
Still swaying even back on dry land.
“We’re never gonna survive unless we get a little crazy…”
Bypassed by the arbiters of the Scottish pavilion
No party, just a disconnect,
A lack of understanding like the autocorrect, that keeps getting it wrong.
A London-Paris Art journo excited about Milan,
For Prada/ Armani openings and gold ostentation
Yes stickers disintegrating in the heat,
Once on, they never come off, so I don’t mind
Transposed into the land of milk and honey with a gut wrenching dislocation from the events going on back home.
A smorgasbord of art activity, opinions, and approaches
A web of connections, encounters, and possibilities
A maze of experiences, illuminations, and thought processes
A riddle of routes, alleys and deadends
By the time I get my bearings, it’s time to leave
I stayed on the Lido but never saw the beach
I went to the Biennale but did I really see the art?
Venice needed more time, I needed more time
But there’s never enough of that.

A ramshackle and intuitive approach can often seem like the only way at times, when things are hectic and there’s not much time to prepare. That was my approach to Venice this year. It was part of a whirlwind of events and activities that have coloured the last few months. An involvement with the Paying Artists campaign and a cultural hustings; an arts festival of grassroots exhibitions in unusual spaces;  an increased political awareness due to my role as President of Scottish Artists Union and the Scottish Independence referendum, (last year but still nevertheless in the ether); the general election, with its campaigning and electioneering; culminating in the day of the vote while we were at the Biennale. Politics and art, as ever, seem never too far apart, often overlapping and interconnected.

I came away feeling that I had got my timing wrong, that I had not been organised enough and that my approach had all been a bit ‘arse fae elbow’, as far as really getting my head around the Venice experience, but then maybe that is how these things go. It can often take a while for the dust to settle, from being in the thick of it, to having a true perspective on something.

It was only after coming back that I read the information that I should have read before going, like the outline of the curators approach to the Biennale. Just like experiencing an exhibition and then reading the exhibition guide after the fact, maybe doing it this way gives a more honest perspective  allowing a more visceral and gut orientated approach. Leading me to think how unrealistic the curatorial aims were, no matter how well intentioned, it emphasised the apparent meaninglessness of the title ‘All the World’s Futures’, as an attempt to reposition the art world in a global context, only managing instead to highlight the impotence of this gesture. A top down approach seemingly incapable of genuine representation, becomes inevitably familiar with this type of large scale umbrella-style showcase.

As often seems to occur, being there made me think about the wider context of how one positions oneself in relation to the ‘Art World’, and how important that relationship may or may not be to one’s own practice. Ultimately I think you can only bring your own experience to the table, as “we are all plowing our own separate furrows” as artist Cathy Wilkes once said, something of a leitmotif that I feel always rings true.

So there was Venice with its maelstrom of attention seekers, in the shape of artists, eccentrics, art tourists; in the form of exhibitions, performances, events and pop up happenings; in the name of nation states, in the pavilions, in the Arsenale, in the collateral events; in the hierarchies, some more subtle than others; all vying for attention, all needing the oxygen of publicity. It was impossible to experience everything and not feel like you were missing out on something. I contented myself with the knowledge that I had my own experience of Venice, of encounters with friends old and new, with places as well as artworks, with the maze of the city itself, with the lagoon and its waterborne transport system as a backdrop. The Venice Biennale is unique and bewildering in a myriad of ways, individually experienced but part of an ever shifting evolving miasma, and that’s how it should be.