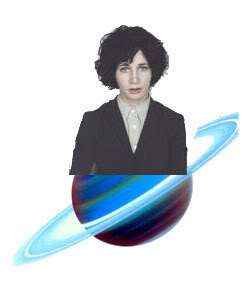 I have a complicated relationship to artist, writer, and filmmaker Miranda July. I like her, and that’s complicated. July and I both started producing work around the same time out of the same scene. I witnessed early film projects and performances in the clubs where she was cutting her teeth, and remember when her video chain letters were first making the rounds. Her socially surreal treatments and obsessively idiosyncratic storylines repeatedly cast characters in situations where they pine for new lives and means for human interaction. Out of this July grew into a success. One is amazed by how July’s voice seems to translate into every media she attempts. She makes a movie and wins Camera d’Or at Cannes. Her work has been featured in multiple Whitney Biennials, and her writing ends up in the Paris Review and the New Yorker. She makes it look easy. Then there’s the fact that she and I were born on the same day in the same year… and that her parents taught at the same school that attended for my masters degree (Goddard). You see, it’s complicated. That’s why I want to hate Miranda July, to think she’s clever, but overrated. Jealousy.

So it’s with this hesitation that I approached July’s first collection of short stories No One Belongs Here More than You. In this collection July utilises a device that’s effective in much of her work, one where characters strive to live vicariously through others in worlds built out of gleaned fragments and assumptions.

Miranda July frequently places her characters in acutely awkward and absurd situations. In the short story The Shared Patio, the main character is a woman who works at a printer and lives next door to an epileptic Korean man named Vincent Chang. As the story progresses it becomes obvious that this character is obsessed with the neighbour man and misguidedly bases her actions on the self-help style magazines her job publishes. Through this she projects all her desired attributes onto this relative stranger. July’s character becomes convinced she shares some connection with the neighbour and when he one day suffers an epileptic fit in her presence, illogically (instead of helping); she nuzzles up and imagines an unspoken furtive romance.  The character comes across as a charming sociopath. She laments, “Why did I do this dangerous and inappropriate thing? I’d like to think that I didn’t do it, that it was in fact done to me. I slept and dreamed that Vincent was slowly sliding his hands up my shirt as we kissed.”

In a similar vein in Ten True Things, a secretary transfers her distaste for her accountant boss into a scenario where she orchestrates a relationship with his wife at a sewing class that culminates in misguided lesbian yearnings.

“…we really wanted to know, all the unknowable things about each other and how we were the same and how we were different, if we even were, maybe nobody is. We wanted to strike lightning in dark waters, to see, if only for a second, the entire world that lives down there, the ten million species in amazing colours and patterns; show us life, now.”

July’s characters are often neurotic individuals whose psyches behave like forgotten and neglected souls that grew up under dark rocks. When these characters are let loose upon the world they behave in pathetic and illogical ways in their pursuit of affection. They are like hermetically sealed universes tentatively making contact for the first time.

When talking about July it is hard to think of her as separate from her work, and I think her performance work adds to this reading. Her often overly twee and misguided characters feel like her. They seem unaware that they are stepping through social taboos and doing things in ways that things just aren’t done. The self consciously quirky words of her narrators often beg to be read as an exaggerated circus version of hers. I find myself feeling embarrassed for the delusional earnestness of her characters, but these characters don’t possess this same self-consciousness. They don’t own these attributes for themselves and thus transfer these emotions onto the reader. We are left holding the discomfort. Instead these characters plunge forward with a naïve verve that leaves the reader feeling the uneasiness for them. One is left wondering if much of Miranda July’s success can be attributed to her unwillingness to be stopped by the taboos and social norms that stop many of the rest of us. Maybe like her characters she is unwilling or unable to read the social cues that warn us not to just do. 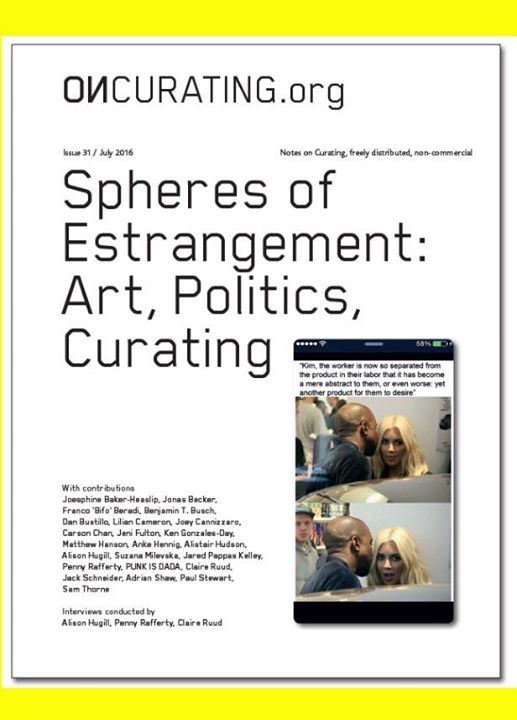 Today I wrote a bit over at e-flux about the role of estrangement to the artist:

In the latest issue of Oncurating 31: Spheres of Estrangement: Art, Politics, Curating the editors examine the idea of estrangement as an instrument for curating as well as means for artistic expression. In the essay Estrangement A Retro-Vision for 2016, Anke Hennig suggests: ‘The fascination with this line of thought is its inherent ambiguity. Estrangement is both an attempt to get rid of alienation and a strategy to profit from alienation. It expresses this very tension.’