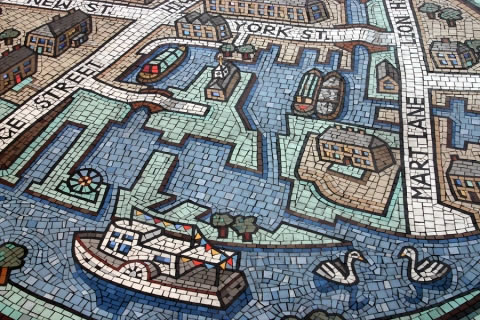 So Easter out of the way and other interuptions mostly sorted, my 'modest sketches' took me the best part of two days! How was that?

The great news is we booked a holiday at the weekend, a week in Vienna, late July, the children as well. I will be able to see several Hundertwasser buildings while I am there. This is really the main reason for the trip.

So full steam ahead and get stuck into the mosaic again next week. I will be changing from grass and water, to buildings and solid ground. Crucial colour choices to make, as the balance overal is important. Its looking good and I am keen to progress.

Listening to Mark Thomas (comedian and activist) on a radio interview chating with a reporter as they walked along the Ridgeway from Waylands Smithy to the White Horse. Now……the mosaic I have just completed and installed is called 'The Ridgeway Map' and the very same walk inspired it. How much of a coincidence is that? So I was very interested to hear the description of what I knew through the eyes of someone else? One thing he said made me smile, was that he saw someone walking along with their ipod and head phones on. He thought the natural sounds of the wind, the trees and the birds etc, was the soundtrack for the walk. I have to agree with him, my 15 year old son probably would'nt though, as looking at a hill might not be stimulating enough? Looking at buildings in Vienna may also require audio technology? 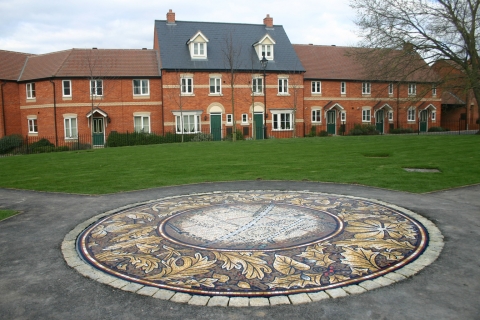 I really got stuck into the mosaic map today. The ironic thing is I have a couple of tasks that I have to do tommorrow, one is called 'some modest sketches'. It is not often I feel so keen about making mosaics, so that swaping to another job is a shame as I want to get as much done as possible before the 'dark times' arrive!

I made a couple of descisions today; A) To do the letters before the swans. B) The green I chose for the grass was fine and not worry about it. That took a total of about 15 seconds.

Shirley Collins was featured on the radio though, A folk singer who sounds like you were listening to a woman who had been asked to sing a song for friends or relatives in the front living room. Something formal and austere a kind of recietal for a select few on Aunt Maries birthday say! It turns out she is very famous, and I have one song by her on a compilation CD. A song warning young girls to beware of boys, especially one called Ramble Away.

I was envious of Shirley Collins as she was part of a tradition. She was clearly a figurehead for some kind wider group. She had direction and meaningfulness in her life, it was from the past, it might have even been the past itself.

Oh well…lets hope I have time to continue with my map tommorrow. 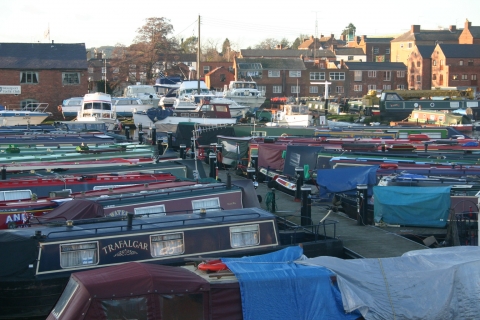 I have a love/hate, high/low, agony/ecstasy type relationship to making mosaics.

Its a fantastic medium.

It gives you callouses. So much so that one hand resembles a dogs foot.

It has a high impact and engages people easily as they can see the patience and skill required.

It does your brain in.

It is surprisingly versitile and I have made lots of them.

Probably going to have to order black tiles at some point, as I think I only have about two sheets left. 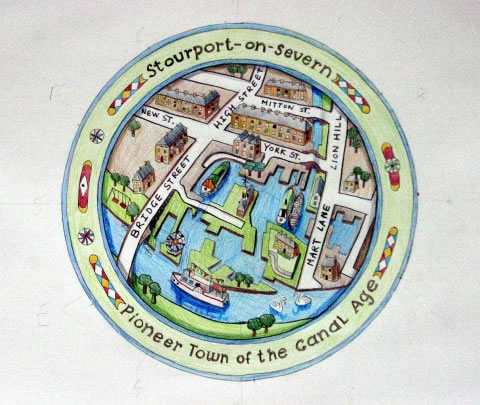