Evy Jokhova, Towering in the condition of fragments - a-n The Artists Information Company 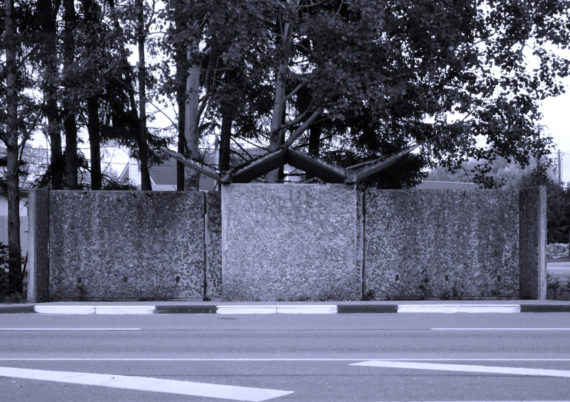 “Hier kommt der Steinman!” shouted Artemidis to the other Gods, surprising herself that she spoke in German. Enter Hermes, transformed into a stack of stones, no longer able to move between worlds, yet still teaming with life. What is a boundary? he asked, do I transcend it if I exist in more than one state?

Plato walks along the stepping stone path that winds intensely through the Republic before straightening out and discontinuing in front of a large rock. In his struggle to maintain a consistent view along his journey, Plato asks: What knowledge is possessed by the craftsman? Will this rock become a pillar of virtue?

Does he carry it up or does he push it? A is for answer: as everything this is subjective to translation and interpretation. Either way it rolls down again and again, creating towers of dust binding with the sweat of one man exemplifying the human condition. This is our rock to cart.

* An experimental, collaborative text written by Evy Jokhova (regular) and Julie Hill (italics) forms an imaginative entry point to the exhibition where Jokhova explores the different facets of our relationship with stone – from the myths and theories of Classical Antiquity to the structures of the contemporary built environment. Using a method similar to exquisite corpse, different voices are stacked on top of one another, echoing the structure of cairns, totems or rock sediments.

Evy Jokhova is a multi-disciplinary artist whose practice engages with dialogue and relationships between social anthropology, architecture, philosophy and art. A graduate of Political Communications, Goldsmiths College and Fine Art, Royal College of Art, Jokhova is the recipient of the RBS Bursary Award (2016) and Royal Academy Schools Fellowship (2016–17). She has been artist-in-residence at das weisse haus, Vienna (2016), Florence Trust, London (2008–09) and Schauraum, Vienna (2009). Upcoming residencies in 2017 include: Belvedere Museum, Vienna and BjilmAIR, Amsterdam.

Recent exhibitions include: Staccato, a site-specific installation in the chapel at House of St Barnabas, Marcelle Joseph Projects, London; Telling Tales, Collyer Bristow Gallery, London; We work in the dark …, Rye Creative Centre; In between #1, das weisse haus, Vienna; Allotment: Revolution, SALT Gallery, Istanbul; No one lives in the real world, Standpoint Gallery, London; Play/Game/Place/State, Day + Gluckman, London. Jokhova is also the founder of the Allotment project – a series of collaborative dinners and talks about the relationship between the politics of food and society.
www.evyjokhova.co.uk

Julie Hill is a British artist who works with photography in her sculptural installations, exploring astronomical and cosmological representations and the technologies used to construct them. She finds inspiration in science-fiction and horror to conjure imaginative environments of cosmic encounter. www.juliehill.co.uk