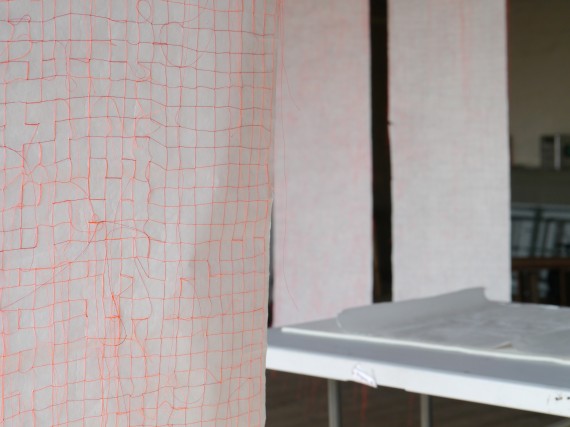 The stitched scrolls were made over several days by eight artists – all women – working together in white overalls in a former tent and tarpaulin factory in Dover. The making process suggestive of an assembly line-cum-sewing circle encompassed conversation, laughter and moments of silence, as well as the practised movements of hands at work.

Although initially, the stitching seemed inherently purposeless, even pointless, the stitched scrolls are finally objects, with their inherent demands on how they should be shown, but also multiples marking the time spent and expressing the individuality of their makers as members of a community formed around the common purpose that is the project.

The project is supported by Arts Council England.