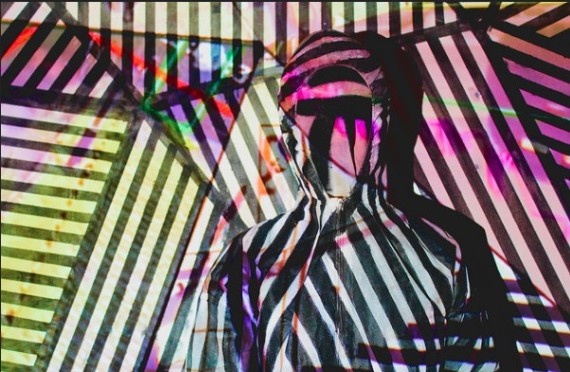 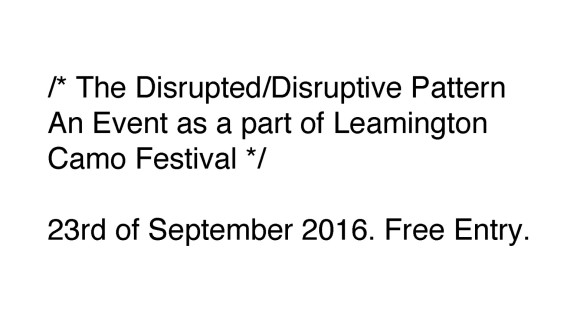 Since the camofleurs were operating in Leamington Spa during WW2, the world has changed immeasurably. What form does camouflage take in the age of Big Data, ubiquitous Wi-Fi and so
called smart devices?

The Coventry based, artist-led group Office for Art, Design and
Technology present The Disrupted/Disruptive Pattern, a night of experimental and digital audiovisual attempts at answering this question…..

Computer codes which hide large sections of film, masks which combat facial recognition software static as a disruptive tool and clashing arrays of projected images are just some of the techniques Office for Art, Design and Technology will employ during The Disrupted/Disruptive Pattern.

You will be given the opportunity to see Concealment & Deception Exhibition after-hours along with a temporary installation by Antonio Roberts and Lucy Hutchinson (Birmingham) before being led into The Assembly Rooms.

After a screening of RSG-Black-1 by RSG (NYC) there will be a live performance using computer game engines, dance music and noise by Michael Lightborne and Ryan Hughes (Birmingham)

This event is part of Office for Art, Design and Technology’s Camouflage Season.