Larry Achiampong (born 1984 in London, lives and works in Essex) works across multifarious media on solo and collaborative projects that can combine painting, sculpture, aural and visual archives, live performance and sound, to explore ideas around race, identity and the digital age. With works that examine his communal and personal heritage, Achiampong scrutinises constructions of the ‘self’ especially where pop culture intersects with post-colonialism. He has made several video works in collaboration with the artist David Blandy and the pair were jointly nominated for a Jarman Award in 2018. Solo projects include an audio work for The Line in London and, as part of Achiampong’s ongoing work Relic Traveller, he was commissioned by Transport for London in 2020 to replace the roundels in Westminster underground station with different versions decorated with colours and patterns from a specially designed pan-African flag. Achiampong is a tutor on MA Photography at the Royal College of Art and a trustee of Iniva (Institute of International Visual Arts).

Achiampong appeared on the a-n website in January 2017 in a Q&A that coincided with his work being presented at New Art Exchange, Nottingham, and took part in How was it for you? in December 2017. In June 2018 a-n covered his inclusion on that year’s Jarman Award  shortlist and in November 2019 the announcement that he was one of the recipients of the Paul Hamlyn Foundation 2019 Awards for Artists.

In April 2019 Achiampong featured in a-n’s Degree Shows Guide in an interview discussing the cultural and class-based issues he experienced in education, the impact of his degree on his current practice, and how his education influenced his approach to teaching. In the interview he also outlined his Art on the Underground commission, then at its research stage: 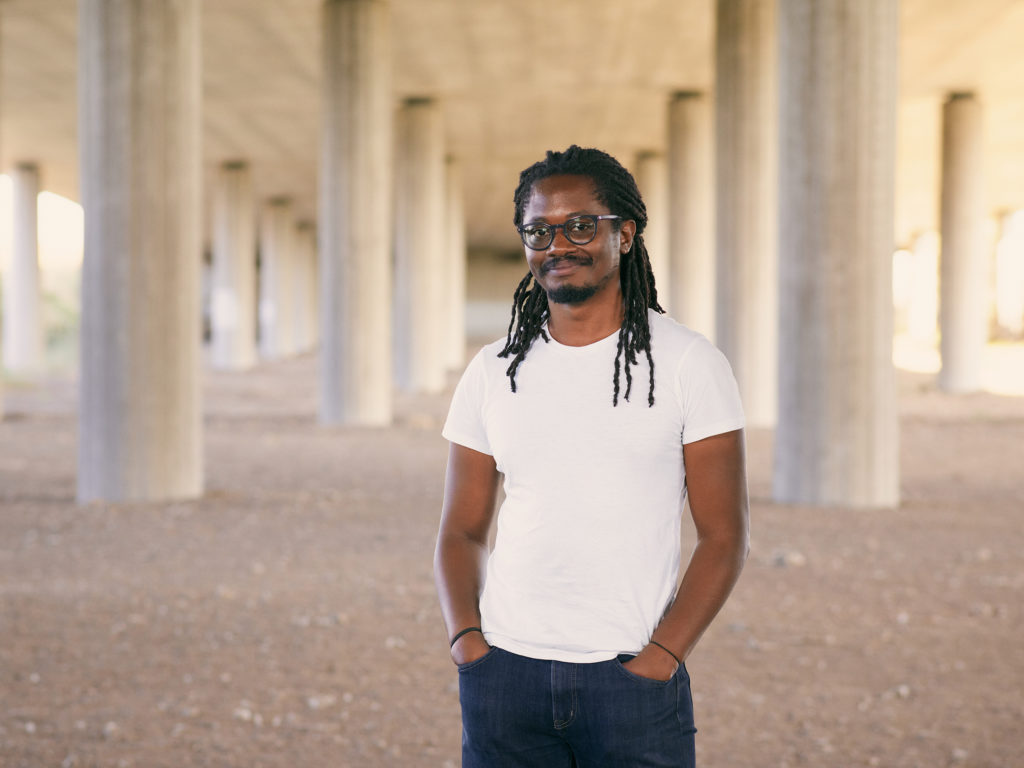 “I visited the TFL [Transport for London] archives recently and noticed that the colours of the logo – red, blue and white – are imperial colours. Going through the archives you realise there is a lot of propaganda, and I’m interested in opening that up and questioning who gets placed in history, or is erased. The logo and design for the London Underground is amazing as it’s so synonymous with travel, but there is a lot going on in there that can be opened up.”20 years into the 21st century, what is the role of art and the artist?
I think the role of art or the artist in 20 years’ time will become way more important than it is now. There will be certain mediums that will either die a death or mutate into something else. Cinema as we know it, for example, will be changed forever. Coronavirus has already dealt some of the final blows and I can’t see it really recovering. I see it becoming much more expensive as a recreational activity, which is a shame because for me cinema was a thing that was much more accessible than galleries or art shows in general.

The ‘saving grace’ – and I say that in inverted commas – of technology continues to create an opportunity for art to be accessed by people around the world. But I think it brings with it caveats. If we even think about the time that plenty of us have been spending indoors over the last year as a result of coronavirus, as much as it’s been amazing to experience art from the comfort of our laptop or armchair, there’s also a point of fatigue. I don’t see performance being presented online replacing the experience of seeing a performance in real life, but it’s a result of the way the planet will be changed – at the moment it’s coronavirus and into the future it’s certainly going to be the environment in general.

The role of the artist or art continues to be a place to converse, to agree, to disagree, to hope, to dream, to imagine, to debate. For as long as humans continue to exist, art will continue to be important. And I say that in a wide sense of the word, not in a division of high and low art. Video games, for example, have certainly shown their importance this year in the way that is suited to how people connect through the internet; and now I think the challenge will be for the artist to challenge these times by using technology, but not letting technology use the artist. 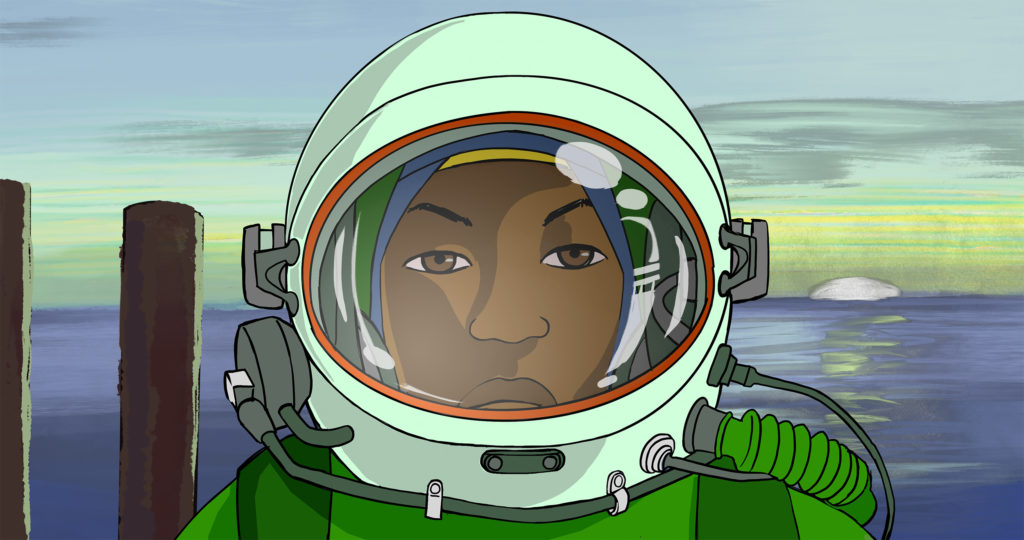 What have been the main changes you’ve experienced as an artist over the last 10 to 20 years?
The main change that I’ve personally seen and experienced through my trajectory, whether studying at art school or working as an artist over the years, has definitely been the way that the internet has mutated how we interact with art and how art is presented. It feels less like artists need gallery spaces to show work. But that’s not to say that artists don’t need support  – they probably do now more than ever, as a result of coronavirus.

However, the internet as a space with plenty of platforms has really opened up the opportunities for artists to explore dynamic ways for presenting their ideas and developing them. Even in the early 2000s when I was studying for my BA I remember the way that I would access archives or the library – you had to physically go into the library, there weren’t loads of periodicals online. There were a few here or there but not at the rate that they are now. You had to pay for a lot of them as well, so that aspect of education or learning is also changing. Of course, art schools and institutions are still around. In some ways that’s a good thing, in some ways it’s not so great and I think that art institutions still need to change with the times, but that’s a different conversation altogether. 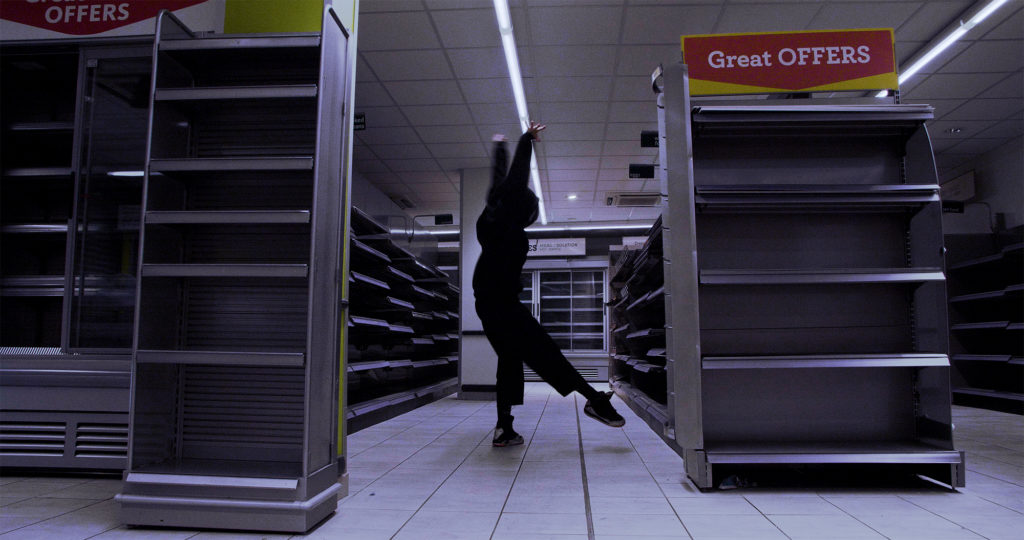