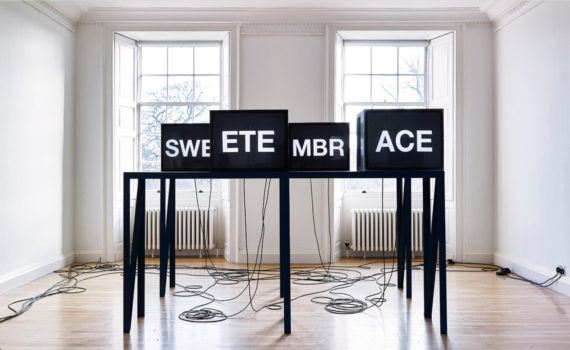 The shortlist for the 10th Film London Jarman Award has been announced, with six artists in line to receive the £10,000 prize.

Their work ranges from single-screen and web-based works, to gallery installations featuring music and performance.

Dubai-born Adham Faramawy works across moving image, sculptural installation and print. He often draws on the language of advertising, co-opting the special effects used to evoke desire for people, things and experiences.

Melanie Manchot, Out Of Bounds, 2016 – trailer from Film London on Vimeo

Finally, London-based artist Marianna Simnett works with moving image, installation and performance to create dark, intense magic realist work. She was one of two filmmakers selected for the 2014-15 Jerwood/FVU Awards.

Adrian Wootton OBE, chief executive of Film London and the British Film Commission, said: “It’s fitting that the shortlist for the Jarman Award’s tenth year is its most diverse yet, ranging from ambitious installations to smartphone-shot footage and ground-breaking AR techniques.

“These artists work in a world that is fast-moving, innovative and ever-changing, and their work reflects this. It challenges us to think differently about the world we see around us, and has the power to alter our very perception of what it means to be a contemporary filmmaker.”

Now in its tenth year, previously shortlisted artists for the Film London Jarman Award include Laure Prouvost, Elizabeth Price, Marvin Gaye Chetwynd, Duncan Campbell, James Richards, and Luke Fowler, all of whom went on to be shortlisted for or to win the Turner Prize. The current Scotland + Venice artist Rachel Maclean was shortlisted for last year’s award which was won by Heather Phillipson.

An exhibition of works by the shortlisted artists will travel to 12 different venues across England, Scotland, Wales and Northern Ireland from 1 October 2017 to 19 November. The tour will culminate in a weekend of screenings, discussions and performances at Whitechapel Gallery, London on 18 and 19 November.