2015 – How was it for you? #5: Gavin Wade, Director, Eastside Projects - a-n The Artists Information Company 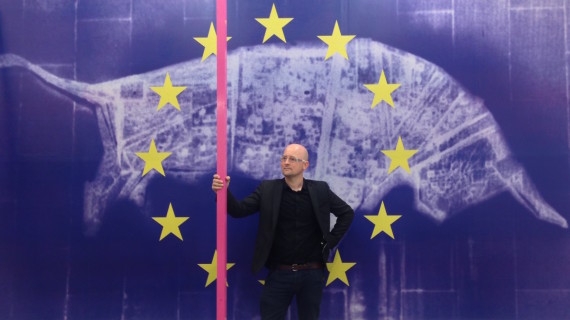 What kind of a year has 2015 been for you?
A struggle. We’re all caught in this struggle of the highs and horrors of the world, the UK, the city where we live. Struggling to deal with the, hardly new, moral dilemma that is coming to a head – how to achieve a fair balance of resources and opportunities across a city, a country, a world? How to instil a policy of common decency? The haves have got to give it up, and the have-nots must take it. Taking it from the haves is not so easy; giving it up is not so easy either. And what does art do in the face of this almost impossible to grasp struggle? How does art give it up? How does art take it? We decided at Eastside Projects that we want to be used in different ways, we want to be useful, to be productive, to be supportive and to be critical. We believe art is useful as part of society, and as the public that makes art we should decide how to be used.

What has changed for the better and what, if anything, has changed for the worse?
Has anything changed for the better? There have been some necessary responses to terrible events. You could look at small examples of change, but most are attempts at struggling to deal with the meta issues of limited freedom and unavailable and often unregulated power structures. And all our political and social acts are set against a sleight of hand backdrop of access to all areas democratic internet freedom. It’s a wonderful trap we find ourselves in.

You could probably take an example anywhere from the social system, but take a close look at schools and the lives of kids under pressure with too many restrictive, oppressive structures based on achieving conformism. It’s not a pretty picture. Education in general feels like it’s getting worse and worse.

Councils losing power, and various new power institutions – amongst them universities and arts consortia – stepping in, could be a very good thing or turn into a quagmire of conflicted public systems. My experience this year of working with Birmingham City Council has been more positive than ever before. Extreme pressure has led to a more open approach to co-running the city, a genuine will (and need, of course) for public consultancy and mutual support. 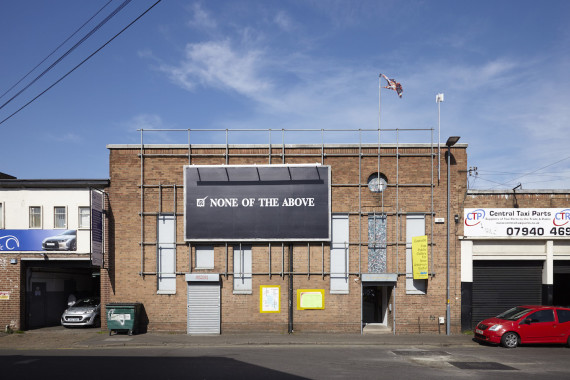 What do you wish hadn’t happened this year?
The ongoing squeeze on the welfare state, and oppression of many people in the UK by an overzealous, uncaring and bullying Conservative government. The election of a minority Conservative party was as close to a blind mass act of social suicide as you can get. Close up here in Birmingham, the public planning catastrophe that has been the setting up of the new Library of Birmingham and the destruction, started this month, of the 1974 John Madin-designed Birmingham Central Library. A badly informed and ill-judged deal and strategy based on dodgy economics set into motion by the previous Conservative-led council here in Birmingham – we have a lot of work to undo this damage to our city.

What do you wish had happened this year, but didn’t?
A genuine rebalancing of resources across the arts in the UK. Arts Council England missed an urgent opportunity to make a real statement of intent and distribute funds across the UK in a more constructive way. London has got to give it up; it’s as simple as that. And we have got to take it.

What would you characterise as your major achievement this year and why
The range of what we can achieve at Eastside Projects. We started to position what we do as ‘Making Art Public’ and our public projects range from co-writing a new history of the art of Birmingham using the form of Birmingham Show, to supporting and commissioning 19 shimmering ‘Silks’ – pools of exquisitely arranged prosaic materials filling 19 large holes cut into our concrete gallery floor by Samara Scott for her solo exhibition earlier this year. It is the combination of the practical, social and the useless that is so useful about what we do. 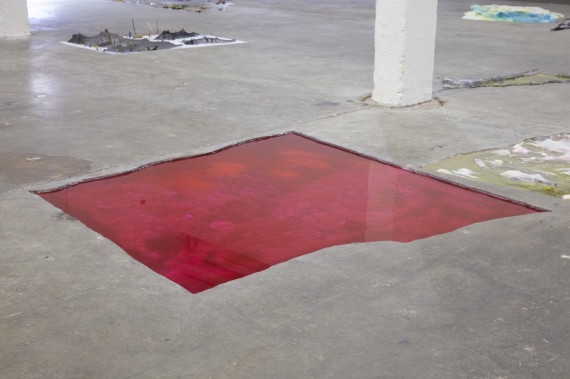 Our real achievement is perhaps the impact of this range, which is more people wanting to use us, within the public space of the gallery and without. Being invited to make and think, contribute and support makes it worthwhile and fuels better work for us. Whether this is working with other arts organisations in Dublin, Johannesburg or the Hague, or writing parts of Birmingham’s Culture Strategy and Public Art Strategy 2016-19, these are ways we want to be useful.

Is there anything you’d like to have done this year but haven’t?
Convince Birmingham City Council to spend £3.26billion of their dwindling budget on art over the next ten years and turn Birmingham into an art city. A 1% (or far less) spend on culture is not enough. We need to test out a different model, a 10% model. A 10% model would change how we use art in society. It would be a struggle. But a good one.

What would make 2016 a better year than 2015?
Big, bold changes to how we make, think and act in the world – although it may be the small, subtle changes that make the big differences in the end. I am always excited and hopeful working with other artists and we are about to begin a new long-term public project called Production Show 2016-18. From widgets to houses, from the gallery to the world, Production Show is our way of acting out in public our impulse to develop and support the making of culture in challenging times, and an attempt to reclaim Birmingham as a city of production.

We’re starting off with a new building system called Duck Weave by Richard Woods. Maybe we can create a ‘Duck Weave House’ social housing system! We’ve also been developing ideas with Heather & Ivan Morison around housing and construction systems and products. We’re looking for partners who want to make a new future with art integrated into the processes and life of a place –  the Morisons call it ‘a blueprint for happiness’.

My associate director, artist Ruth Claxton, has developed bold ideas for a new Birmingham Production Space, a national production centre, which would make a big difference to Birmingham and the UK. Birmingham and many other cities around the country need to rapidly develop the infrastructure of studios, making places and public projects to be a key part of our art future. It is ours to take, ours to make.