2020 – How was it for you? #6: Ed Compson, artist and activist - a-n The Artists Information Company 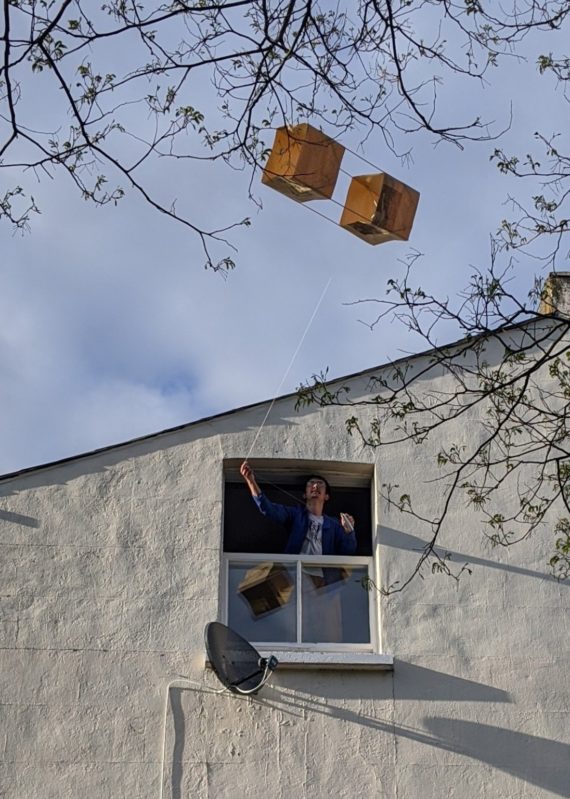 What kind of a year has 2020 been for you?
Anxiety-ridden, medicated, scary and tiring! It’s also been awakening, enlivening, eye opening and educational.

During the first lock down I was living with my parents, both NHS workers near retirement. And as much as it was frustrating to be living at home, it was amazing to see my parents giving so much to other people.

I’ve been inspired by my friends and fellow student campaigners like Farvash Razavi and Ashleigh Williams, and by the tutors at the RCA especially Kevin Biderman, and also my colleagues at the Tate Modern just fighting for basic empathetic working rights. I learnt a lot from Black Lives Matter, which made me really re-evaluate and think, and then take that into the RCA Action Group.

Everything felt very heightened around April and May. Initiating the RCA Action Group and becoming involved with Pause or Pay UK was quite an antidote when everything else felt so unstable. 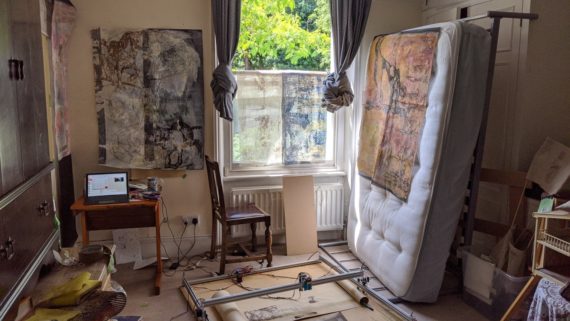 What has changed for the better?
I think that crises clarify the issues, such as realising the neoliberal mindset that exists within certain arts institutions. You realise that they’re built on a lack of empathy, and within that is systemic racism and potentially a nationalism that is very toxic.

When everything stopped, it seemed like more birds were appearing. Everything felt fresher and cleaner. I was thinking more about the climate crisis, realising that actually it is within our power to stop – it’s within our capacity to make change.

Trying to organise arts students is actually quite hard generally, but there were some positives that came out of everything going online. It gave us the power to meet and discuss ideas together. 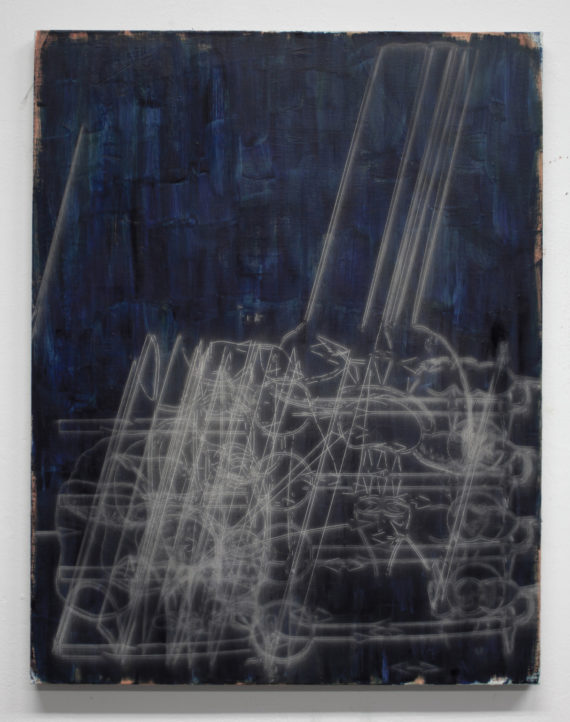 What do you wish had happened this year that hadn’t happened?
I wish the physical degree show had happened. It’s so important to be in the same space to celebrate. I’d like to see my nan, she doesn’t know what an online show is! And she supported me to get to the RCA.

We’re still fighting for reimbursements. Nearly half the college put in a complaint in April that still hasn’t reached a conclusion, which means that we can’t yet take it to the independent adjudicator (OIA). It’s not necessarily about the money, it’s the access to an actual physical space, the facilities, and the peer-to-peer learning. Their suggestion that the fees are justified if we met learning outcomes completely undermines the art school experience. It’s like you’re just paying the money to get a certificate. 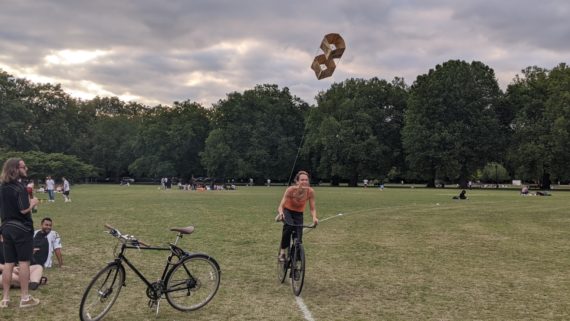 What would you characterise as your major achievement this year and why?
I’ve felt a lot of achievement and joy in finding myself in a situation where I could use my best attributes: organising ability and tenacity!

I’d done a bit of organising before at the Embassy Gallery in Edinburgh, so I created the Action Group. We collected 8000 signatures on the RCA petition. It was very satisfying –we had so many talented people doing so many different things, writing, graphic design – suddenly realising the power we had. Eventually we persuaded the RCA to agree to put money aside for a physical degree show.

A lot of energy came from the UCU strikes. We found out that some of the visiting lecturers’ contracts were being allowed to run out, so we worked together with our tutors to host a vote of no confidence, so their contracts were guaranteed for another year. That felt like a really good win.

I started contacting other universities. UAL had already started Pause or Pay Up and we shared our experience of organising the Action Group. It became Pause or Pay UK, and suddenly it was on the BBC news, and I was speaking to the NUS president and the shadow universities minister, and the campaign became part of the national conversation,

We learnt best practice through each other, like having a rolling chair at meetings or having Pause or Pay open-meetings every Sunday to stay open, stay visible. We kept checking ourselves to make sure we had a variety of voices from different backgrounds.

An art school should be a place of strength and solidarity. But we had to build our own mini-institution within the RCA, for mutual support for tutors and students. 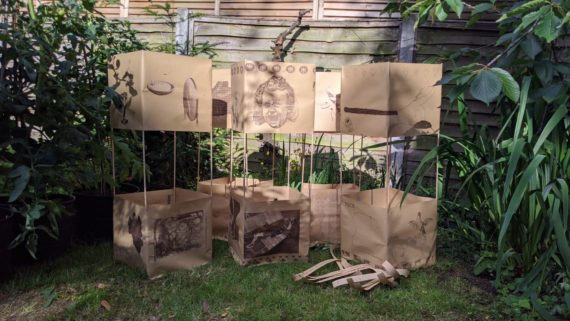 How will this experience have an impact on your own work?
It feels more connected. There are two sides to it. I will always need an individual practice to fall into but A fish you have already caught was definitely the first time that it felt like a mixture of artistic practice and community. After the first lockdown ended, I was thinking about groundless signs, about what happens when the world turns upside down. What can you put in the air?

I gathered the drawings people had sent me over lockdown, from my nan, a friend in Japan, and others, and put them on eight box-kites and flew them in Battersea Park. It felt really amazing – 40 people came together including people from the Pause or Pay movement who I’d only met online. It was not a windy day at all, but people were flying the kites off the back of bicycles. It was just so joyous.

Is there anything you’d like to have done but haven’t?
I love going to the cinema. I used to go once a week with a friend and it’s such an escape – just to switch off, watch a film, discuss it afterwards.

What are you looking forward to in 2021?
I’ve just started getting involved in a campaign for proportional representation. We need a better voting system.

The RCA painting department has a physical show in Margate in March/April at the Carl Freedman Gallery, which is very exciting. It will be a chance to celebrate with everyone, and to see our tutors, who have all been really supportive. A proper send off. And I’m looking forward to hugging my nan!

Rachel Marsh is part of the 2019-20 a-n Writer Development Programme that has supported eight a-n members to develop their skills in arts journalism and critical writing.