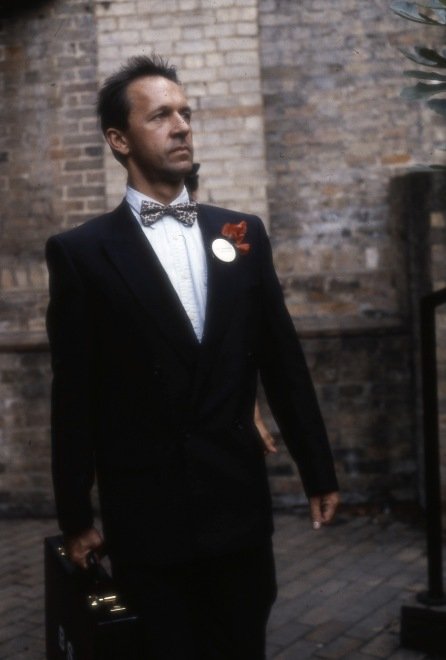 On Friday 5 October, New Work Network (NWN) present Acts of Legacy at Tate Britain, an evening of performance, film, installation, music and debate that asks the question: How do we create legacy and value around ephemeral and experimental arts practices?

It’s an apposite and poignant theme, as this will be one of NWN’s last ever events before the organisation closes at the end of the month, after over 15 years of pioneering support of performance, live and interdisciplinary arts projects. (See New Work Network to close).

The evening includes a performance-lecture by Richard Layzell (in the spectacular guise of Dave Dudley); Bodies of Memory by Fiona Templeton, in which spoken and performed fragments of past performances will rise and fall through the Tate galleries; an installation by Ellie Harrison investigating histories of government spending on the arts; and a 75-minute audience-driven discussion around the subject of legacy and other pertinent questions facing contemporary arts practice.

The six films from New Work Network (NWN) and Artquest’s series Mixing It Up: An Intergenerational Perspective will also be screening throughout the evening, offering dialogues between artists from different generations around sustaining their respective practices.

The event is free and forms part of the Late at Tate Britain series.

Realising the value: how practice-based organisations will fare after ACE cuts. By Dany Louise. Read on