An artist-led adventure: memories, markers and a walk in the desert - a-n The Artists Information Company 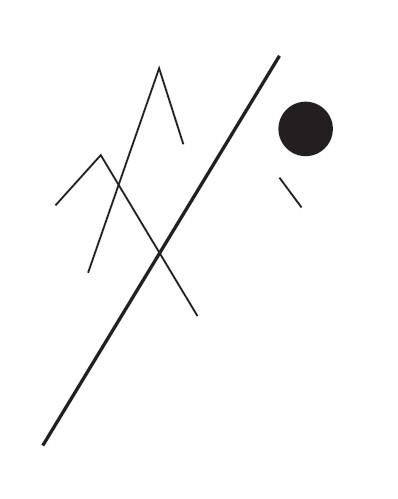 “I’ve never been in an open space where there are no markers or boundaries,” explains artist Sovay Berriman. “In Britain and Europe we’re bouncing up against these things all the time. You could argue that there are fewer [markers and boundaries] in the desert, but I actually think there will be just as many – it’s just that they are less apparent to our eyes.”

Berriman is discussing her latest, self-funded project Molluscs Hunt Wizards, which involves an epic journey to the desert regions of Mongolia and Australia where she will be researching “how moments of experience become form”.

Soon after we speak, she will fly to Beijing and take the Trans-Mongolian Express train to the Mongolian capital Ulaanbaatar. A few days later she will travel by truck, foot and camel into the Gobi Desert where she will spend three weeks “meeting nomadic herders and learning more of their relationship with, and reading of, the desert’s epic and often harsh terrain”. Her next destination will be Australia where, using Melbourne and Sydney as bases, she will travel into the desert region known as the Red Centre.

The work forms part of a group of projects initiated by Berriman in 2008 called the Symbol Archive – an open-ended series, often made in collaboration with other people, that helps her better understand certain topics and, as she says, “learn by doing”.

“I find it difficult to understand and absorb something simply through academic research,” she explains. “I developed the archive as a way to draw people into my ideas and my learning and also enable me to learn more efficiently.”

For her 2009 work, Ghosts, Landscape, Literature, Berriman commissioned the academic Doctor Shelley Trower to deliver a paper on moorland in Yorkshire, a Gothic landscape that she refers to as a ‘heterotopic space’. “I wanted to learn more about that landscape and about the ideas of otherness in Gothic literature, how it creates a space of otherness where ideas can be safely tested and returned from.”

For Molluscs Hunt Wizards, Berriman has developed a narrative story that operates as both a structural framework for her research and an imaginative context for the work. She is, however, keeping the details under wraps.

“The story originated as the beginning of the work, and within the narrative molluscs and wizards act as metaphors for gradual and dynamic modes of action or experience, molluscs being gradual, wizards being dynamic. The project makes a correlation between landscape and personal narratives, looking for the boundaries and markers of significant moments of action or experience that sit within both.”

Berriman uses the term ‘markers’ to reflect how an experience – particularly a learning experience – can take on tangible form, something that the sculptural works she creates in the studio seek to make manifest.

“By markers, I mean the things we learn that we continue to refer back to. The tangibility of that learning experience can begin to form itself into more of an object. It can keep being turned over and reviewed and revisited, and every time you do so it will shift and morph through your own changing perspective. I consider the sculptural objects I make to be markers.”

Her reference to boundaries seems to reflect more on the psychological limits we experience in our lives than it does any physical borders we might come up against, as she explains with reference to the people she hopes to ‘learn’ from on her travels.

“I’m from Cornwall and the physical geography of the region – the Atlantic and the granite landscape – has always informed how I make work. But Australian Aboriginal understanding of boundaries and markers is entirely different to ours. There are some physical marker points in the Australian desert, but there are also those that are made through experience and storytelling. I’m interested in being in such a landscape so I can test my ideas about boundaries and markers against the ideas that are present in that environment.

“I’ve been reading about the idea of creating a marker by sitting down and sharing stories – stories of ancestral history – over a campfire, and how that experience then adds to the history and becomes another marker point. It’s this idea of things growing and being flexible and shifting at all times – in Europe we have quite a fixed perspective, and whilst I’m not being critical of that, I want to explore something broader.”

Berriman has so far funded Molluscs Hunt Wizards through earned income from commissions and sales of works, and whilst she has been able to cover the costs of international flights and accommodation, she is currently looking to raise additional funds through crowdfunding site Sponsume to cover her travel and expenses in the desert regions.

“Applying to funding bodies such as Arts Council England is always a long shot for an independent artist making new and very exploratory work,” she explains. “Self and private funding leaves you freer to shift and change the work as you go – it’s less bureaucratic, so can be more time-economic, and there’s a sense that it’s less hierarchical.”

Berriman will be recording her experiences as she travels, but she has no plans to leave any of her own physical markers in the desert. “It’s my intention to make drawings or maps throughout the journey – digital drawings as well as watercolour and pencil drawings,” she says. “But I very deliberately have no ambition to make objects and place them in the landscape – I think that would undermine the openness of the project.”

The trip, stresses Berriman, is ultimately about research and experience rather than objects. “The whole project is the work,” she says. “And I believe this experience will reverberate in my studio practice for many years to come.”

Follow the project on the Molluscs Hunt Wizards blog: www.molluscshuntwizards.co.uk