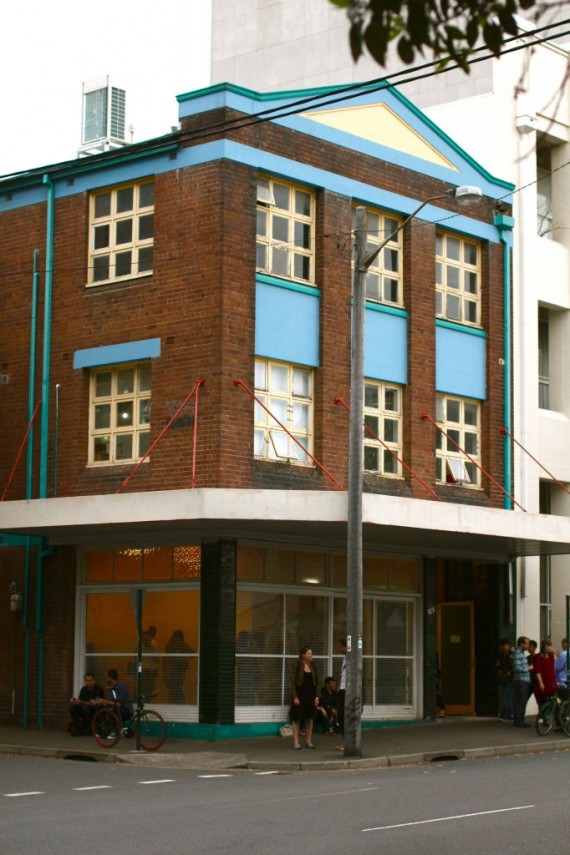 For the fourth of his Artist as leader interviews, Joshua Sofaer meets four of the eight directors of First Draft, an artist-run initiative (ARI) based in Sydney, Australia. Dara Gill, Julie Burke, Georgie Meagher and Catherine Connolly discuss their roles within a rotating board of directors, “the constant refreshing keeping the energy in the space and in the community.”

First Draft was founded by four practising artists in 1985 and has been run by artists ever since. It currently maintains a gallery space in central Sydney and a separate studio building and printing press in Woolloomooloo. Its constitution states that directors are appointed for a fixed, two-year term and that each year, four of those directors will hand over to new group of artists.

“The process of handing over knowledge is embedded in the organisational structure and this has been cited as a reason for the organisation’s longevity,” says Georgie Meagher. “It’s about making a mark over the period of two years and then handing that knowledge over to another group.”

The four directors discuss First Draft’s role as “a place for emerging or experimental artists” and how it has side-stepped becoming institutionalised. As Dara Gill explains: “We’re in a unique position because we are artists and we understand what artists like us need. We are able to push the model of an ARI further and further forward to encompass more and more people, and to be able to react to the changing community as well.”

When asked about their attitudes to leadership, the four are clear that it is the organisation and its community of artists that are taking the lead. “It’s about listening to the community – not about directors being leaders, but the institution of First Draft responding to artists’ changing requirements,” says Meagher.

Joshua Sofaer says: “Despite their reluctance to see themselves as leaders, the directors of First Draft are exercising a fragile but highly effective form of collective leadership born out of the passion of volunteering, a belief in the work and reputation of the organisation, and the hope that it will also bring personal rewards.”

The Artist as leader series focuses on how artists and artist-led organisations deal with the concept of leadership. This interview with First Draft follows those already published as part of our Research papers strand: artist Cornelia Parker discusses how she came to art making; Melbourne-based collective Field Theory describe their alternative funding model; and Senior Lecturer at Central Saint Martins College of Art & Design Kate Love talks about “writing as practice”.