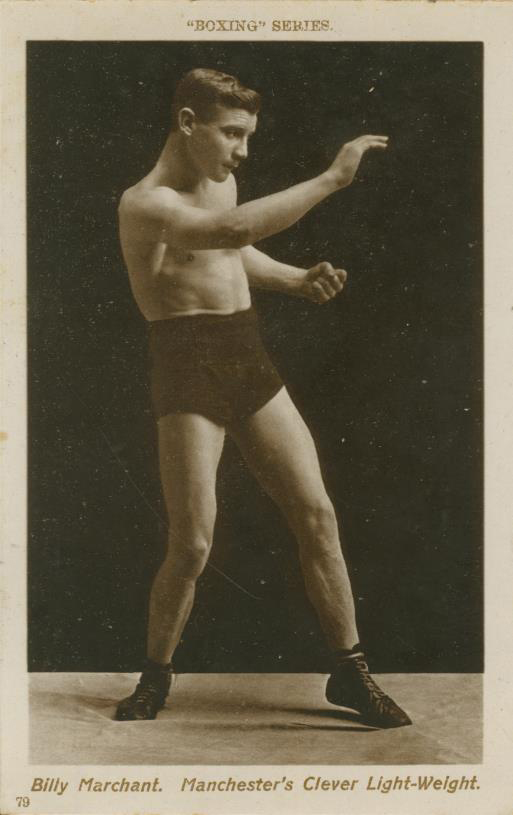 Punch and The Fight are responses to recent research by Akers investigating the lives of her great, great uncles, The Marchant brothers, famous boxers in the north of England in the 1920s and 1930s.

Akers explains that the most well known of the brothers, Billy Marchant, “had a very colourful life; when he was 15 he ran away from his home in Salford to join a fairground boxing booth before heading to America to fight in New York. He was injured in the first world war but still continued to box, taking to the ring in over 800 bouts.” 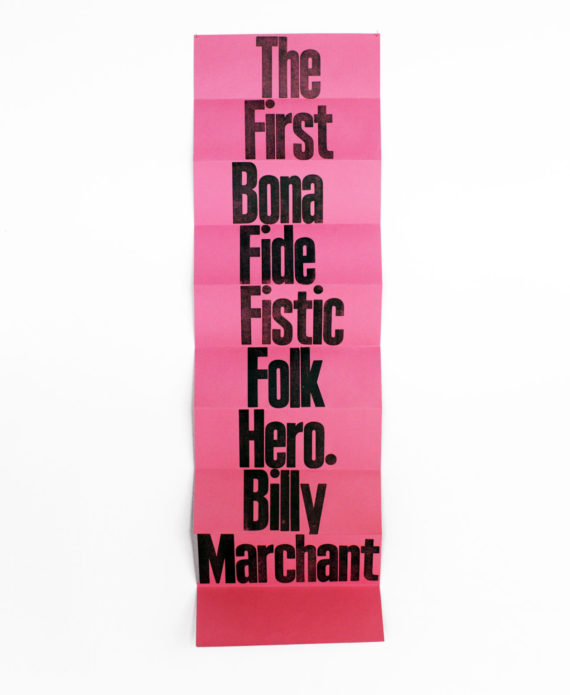 Much of Akers research was undertaken at the National Fairground and Circus Archive in Sheffield, where she discovered a passage in a book describing Billy as ‘The first bona fide, fistic, folk hero’. This, alongside viewing posters for bouts and touring fairs from the era, formed the inspiration for Punch, the first of two books about life in the boxing ring.

The book was printed using the aptly titled ‘Headline’ wooden type found in the letterpress workshops at Camberwell College and Manchester School of Art, where Akers works.

Printed on bright pink carnivalesque poster paper, Punch is a shout out loud experience of large, graphic letters proclaiming Billy Marchant’s prowess as a champion fighter. It can be laid flat or unfolded to show on a wall, echoing a typical fairground poster. 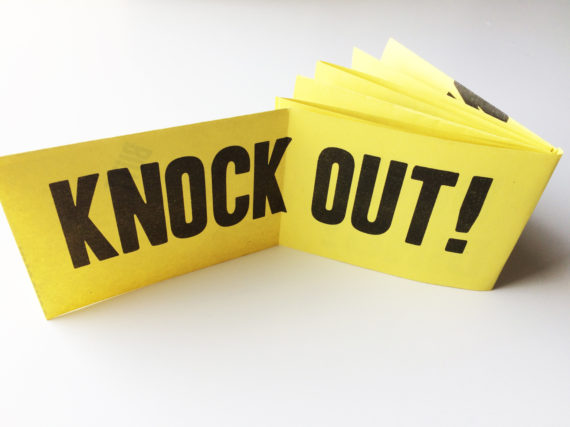 The second book, The Fight, engages with the language, sounds and movements experienced within a boxing bout. The text takes the viewer through the physical action of a match, turning the pages to encounter – or dodge – visually verbal jabs and blows exchanged by the opponents. 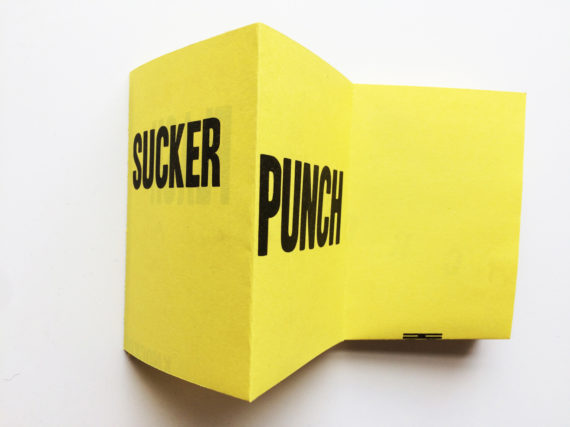