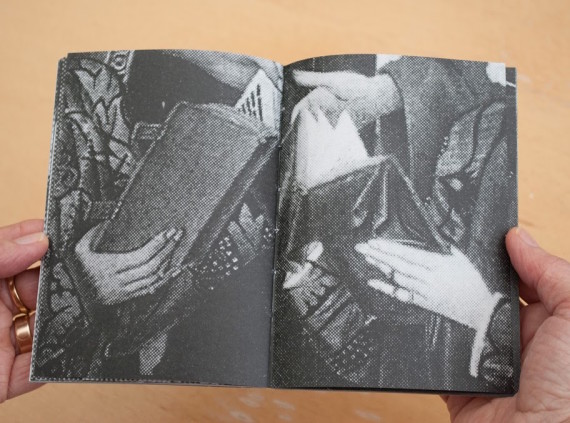 I am in total admiration of Dutch artist Elisabeth Tonnard’s intriguing use of imagery and her ability to present literary texts in new ways. Whether responding to a collection or playing with language by utilising digital tools such as Microsoft Word’s autosummary function, her books are always intellectually and visually stimulating.

From this month, Tonnard has two new publications on show in The Netherlands. The Library is small in size (10.5cm x 14.8cm, 56 pages) and features miniature close-ups of books represented in paintings originally held in the former Gemäldegalerie, Kaiser Friedrich Museum, Berlin. The paintings were lost in fires at the end of the second world war. 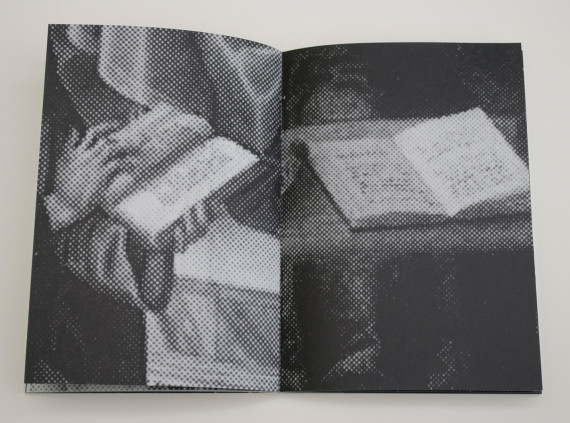 Tonnard made this book as a potential library – a historical document of books within paintings – but also to consider what might be imagined in books. As she says of the effects of the two fires: “Trapped in there were the paintings these images refer to. Out of the smoke we think up this library of unknown books.” It falls to the viewers to envisage the contents of this ode to a ghostly library.

The book and a series of eight associated prints will be shown at Galerie Block C in Groningen, The Netherlands from 16 January – 27 February 2016, and at the Nederlands Fotomuseum in Rotterdam from 24 January – 8 May, in the exhibition Quickscan II. 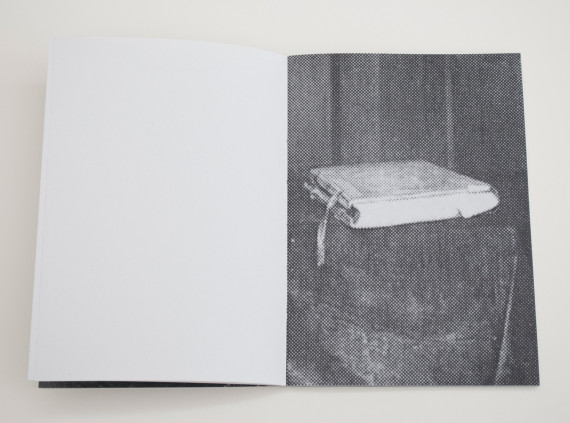 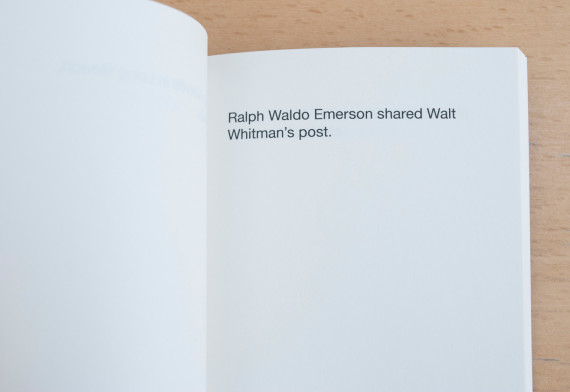 The title comes from Walt Whitman’s epic poem, Song of Myself (1892), which opens: ‘I celebrate myself, and sing myself, And what I assume you shall assume, For every atom belonging to me as good belongs to you.’

The poem, considered to be Whitman’s egotistical paean to himself, could now also reflect modern society’s over-reliance on Facebook as a means of befriending all people, everywhere, and sharing the minutiae of life. 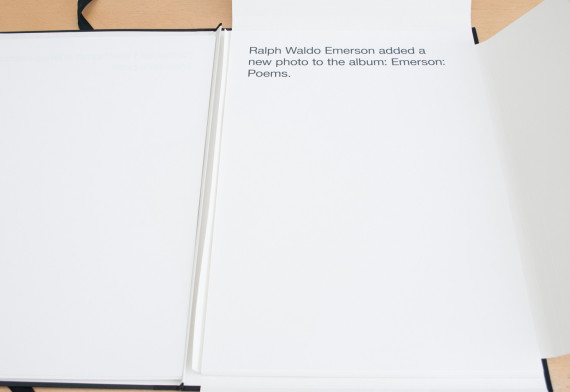 In Tonnard’s book, we see status and post updates from the dead poets, such as ‘Edgar Allan Poe likes his own link’ or ‘Emily Dickinson added a new photo’.

It comes in two versions: a pocket-sized book and a special edition of 58 A3 sheets in a folio that can be exhibited as an installation. Both versions are also on show in Quickscan II. 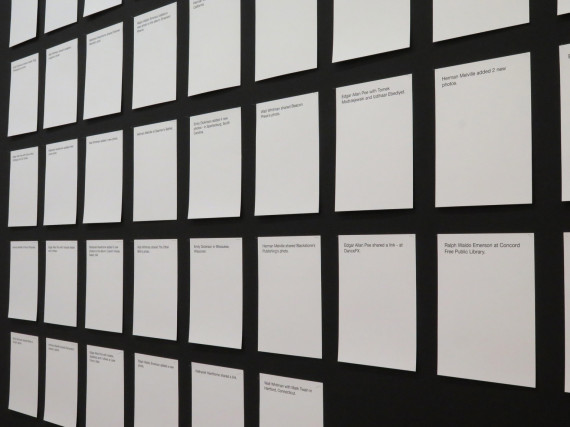