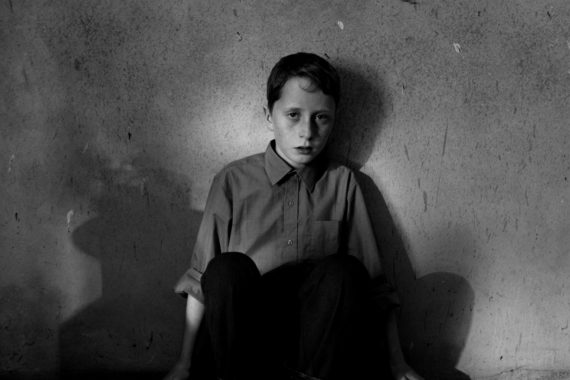 This week sees the launch of the inaugural Artists’ Moving Image Northern Ireland (AMINI) festival. The two-day event at the MAC, Belfast, will feature a host of film screenings from artists linked to the area, plus a range of talks and discussions.

AMINI was founded in 2015 by two Belfast-based artists, Michael Hanna and Jacqueline Holt, who first met whilst studying at the University of Ulster. Set up to support artists’ moving image practice in Northern Ireland, it organises screenings and events, and hosts the LUX Belfast Critical Forum, which meets once a month.

With the launch of its own festival, the organisation is hoping to offer a much larger platform for Northern Ireland’s moving image artists to showcase their work.

The timing of the event seems pertinent. It will build upon recent success stories from the region, with Belfast-based filmmaker Seamus Harahan winning the Film London Jarman Award in 2015, and Derry-born Willie Doherty having twice been nominated for the Turner Prize.

Despite these successes, Holt believes more can be done: “We are aiming to address a gap we still see in Northern Ireland. Because of its geographical location in relation to the rest of the UK it feels quite remote. Even the Belfast and Dublin art scenes don’t seem to cross over too much.”

Financing the festival has presented a different set of challenges. “We are not funded as such, but we did receive a small chunk of money from Arts Council of Northern Ireland’s Small Grants programme. We have also had support from Visual Arts Ireland through their professional development fund.”

Belfast gallery MAC has given AMINI the space to put on the event. “There’s also been support in kind from the Belfast Film Festival who have given us a projector and another screen for us to use. We are really grateful.”

Explaining how artists were selected for the festival, Holt says a number of curators were invited to offer their input. “We basically asked different curators to create a programme of work. This has meant we have a richness and variety of new work that won’t have been seen over here before.” 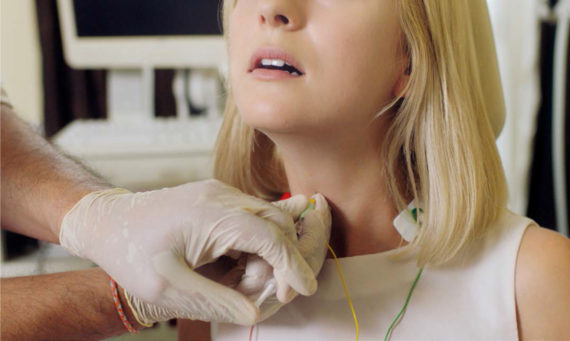 There will also be a special Jarman Award Screening, celebrating 10 years of the award. This will include screenings of work by Oreet Ashery, Lawrence Abu Hamdan and Melanie Manchot, plus a conversation between Jarman Award nominee Marianna Simnett and researcher and writer Maeve Connolly.

In addition, there will be a special presentation by the Glasgow-based Irish artist Duncan Campbell, winner of the 2014 Turner Prize, and Kate Davis, winner of the 16/17 Margaret Tait award.

By offering a range of talks and discussions in addition to the screenings, Holt hopes the event will pull artists together in unexpected ways. “As artists ourselves, it always comes back to, what is it that artist’s need? By inviting participants and getting everybody in the same place at one time there’s a chance to meet and talk to people that you otherwise wouldn’t.”

The plan is for it to become a biennial event, mixed with a broader touring schedule. “The plan is for next year to tour work by artists from Northern Ireland to different venues across the UK. It will be a different group to the one’s showing in the current festival. We are currently in discussions with a number of venues regarding doing a show swap. Watch this space.”