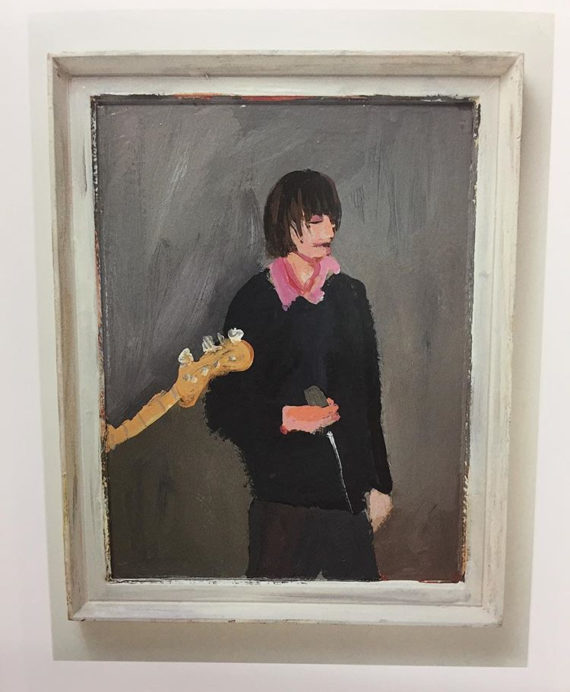 Visual artists have been paying tribute to Mark E Smith, lead singer of the post-punk band The Fall, following his death on 24 January.

The frontman had been suffering from ill health for much of the last year. Although The Fall had recently been on tour following the release of the band’s 32nd studio album, New Facts Emerge, a number of dates in the US were cancelled due to issues with Smith’s throat, respiratory system and mouth.

Among those posting tributes was London-based Paul Housley, who shared an image of a painting he previously made of Smith, saying: “An old painting from 2000 of the mighty Mark – RIP Mark E Smith.”

Newcastle-based artist Graham Dolphin said: “I’m half ‘I can’t believe it’ and half ‘I’m not surprised’! Such a massive part of our teens – sitting in your room listening to John Peel with the volume on about 2.”

He added: “Such an important voice and figure in English music that never compromised in anything, truly exception[al] as an artist.”

Sussex-based 3D designer Lee Kew-Moss shared a drawing of Smith, saying: “Sad to hear that Mark E Smith has passed away. He was a unique individual indeed. Such an underappreciated talent despite the numerous fantastic albums that the Fall have released.”

Detail of a collaborative collage made by me and Colin Lowe in c. 1993/94. I can’t remember who did what, or the source of the text. RIP Mark E. Smith. ? #markesmith #thefall #colinlowe

Artist, curator and director of the New York gallery White Columns, Matthew Higgs, posted a picture of a collage he made with artist Colin Lowe in the early 1990s.

Painter Mike Silva simply posted an image of the front cover of the Fall’s single, The Man Whose Head Expanded. The track – the band’s ninth single – was released on Rough Trade Records in 1983.

Born in Salford in 1957, Smith formed the Fall in 1976 with school friends Martin Bramah and Tony Friel. Named after Albert Camus’ 1956 novel, Smith was the only constant member of the band through its many line-up changes, which saw a total of 66 members during the band’s life. The Fall had 11 top 40 albums, with 1993’s The Infotainment Scan reaching number 9, their highest UK chart position.

The band’s last studio release, 2017’s New Facts Emerge, reached number 35 in the UK charts. The Guardian described it as “a stop-start marriage of demonic rock and kraut-punk in which Smith cackles and appears to speak in tongues”, adding that at 60, Smith “shows no other signs of mellowing”.