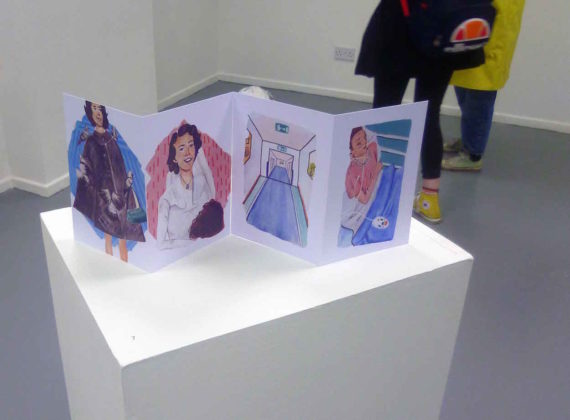 The Arts Council of Northern Ireland (ANCI) has cut the number of arts organisations supported through its Annual Funding Programme (AFP), to mitigate “successive reductions to public funding for the arts”, which it says equate to a loss of £23m over the past six years.

Commenting about the funding decision on Twitter, Paragon stated: “Holding out for the Arts! It has been extremely disappointing news for all of us @pssquared and @QSSBedfordSt to receive the news of 100% cuts to our arts funding. Belfast city artists’ studios and arts platforms are under huge pressure and need SUPPORT not CUTS!”

ACNI’s investment in its AFP has remained static, but the budget was buoyed by an exceptional grant of £600,000 from the Department of Communities, which was provided directly to the MAC and Ulster Orchestra.

£4.5m was directed to the portfolio from National Lottery funds to mitigate the impact of government cuts, in a practice ACNI described as “not sustainable”.

Speaking about the funding, ACNI chair John Edmund said: “It is with regret that we had to refuse AFP funding to seven applicants; these organisations are eligible to apply to other National Lottery programmes in the future.

“All applications received for Annual Funding this year were eligible, but there simply weren’t the resources to fund all that was asked for. The majority of organisations were offered standstill funding or strategic uplifts, while the remainder received cuts.”

Of the seven organisations that lost their annual funding, three have been awarded a share of £34,000 in ‘soft landing’ funds.

There were no new entries to the annually funded portfolio of organisations and 42 arts organisations have seen their funding reduced. 40 organisations are on standstill funding and the remaining 18 have received an uplift.

“The Arts Council of Northern Ireland did not give the Grand Opera House Trust advance notice of the scale of the cut,” he said. The organisation has requested an urgent meeting with the Arts Council to discuss the decision.

ACNI said it was against its policy to discuss funding awards with applicants before the announcement, but arts organisations were advised to model for cuts of 8%.

Jen Shepherd, producer at Tinderbox, said its overall cut of 5% means the organisation will have to “make savings to our core costs where there are no savings to be made”.

She added: “It’s not sustainable to keep cutting like this.”

Three organisations – Bruiser Theatre Company, New Lodge Arts and Arts for All – were denied access to the portfolio, but were offered around 15% of their previous year’s funding as a ‘soft landing’.

The other organisations to lose funding were the Dublin-based Contemporary Music Centre while the merger of the Craft & Design Collective and Craft Northern Ireland accounted for the seventh dropped organisation.

At the other end of the scale, the MAC’s funding increased by £200,000, and Ulster Orchestra’s by £400,000, taking them to £1.1m and £2.1m respectively. The increases, secured directly from the Department for Communities, follow an emergency funding plea last December when the organisations claimed they were “structurally underfunded”. They more than reverse cuts made in the 2017 funding round.

Writing about the cuts, Conor Shields, convener of advocacy body ArtsMatterNI, said the fact that there are winners and losers “will make this funding news all the more difficult to bear”.

He continued: “We all of us should respond robustly as a sector to these egregious cuts, and respond not just to Arts Council, for whom today’s decisions cannot have been easy to arrive at, particularly without a current strategy and with the reported governance issues still reportedly unresolved, but to the Department for Communities for instigating these cuts without any challenge to budgetary proposals or mitigation advocated.”

Northern Ireland has been beset by political issues, which last April forced ACNI to withhold 50% of grants for its annually funded organisations for a short period of time without guarantee of when – or if – the remaining money would be paid.

ACNI Chair Edmund has also faced mounting pressure on his position following incendiary comments about a “high level of dependency” on public funding in the arts sector, which prompted board divisions and a public statement of no confidence by just under half the previous portfolio of annually funded arts organisations.