Becoming an ACE NPO: six visual arts organisations on what difference it will make - a-n The Artists Information Company 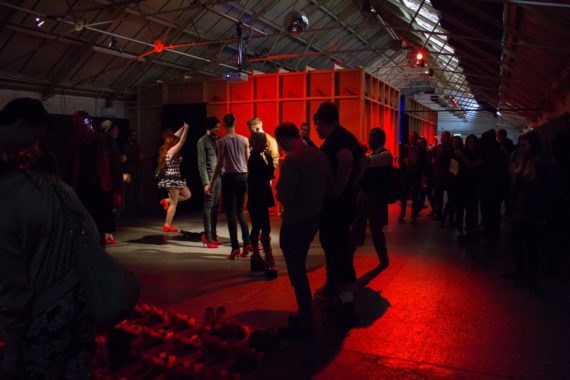 At the end of June, Arts Council England announced its National Portfolio for 2018-22 with 831 organisations awarded funding totalling £1.6 billion over four years – 844 projects were funded with an additional £170 million allocated outside London.

But what difference will being part of the ACE portfolio make for the organisations that are new to it, and how will regular funding impact on their plans?

Here we highlight six visual arts organisations that will be new to the portfolio and hear their thoughts on becoming an NPO.

Founded in 2012 and supporting media arts, Vivid Projects is based in an atmospheric warehouse venue in Warwick Bar, a complex of former factories and warehouses in Birmingham’s Eastside. The organisation runs an ambitious public programme of events and exhibitions both on- and off-site. It will receive £298,000 between 2018-22.

Explaining what impact the funding will have, director Yasmeen Baig-Clifford said: “Up until this point we’ve had to work on an almost month-by-month basis. It will allow us to work long-term with artists and producers across disciplines, through a producing model that supports digital and live art curators.”

A key focus of this will be growing audiences and extending Vivid’s reach through national touring activities. “From 2018/19 we will be taking activities out of Birmingham and broadening our work with other organisations. There are also plans to develop online distribution, creating opportunities for more diverse audiences to experience new work across live art, performance and digital art platforms.”

Baig-Clifford is keen to stress that the additional funds will not distract from Vivid’s ethos of championing experimentation. “I still believe there is a need for artists to be given space and time to try new ideas and be risky.

“We applied for a specific amount that will enhance our activities but without falling into the trap of large-scale, month-to-month exhibitions. To be honest, we weren’t initially confident of getting that specific amount, but we are incredibly happy with the result.” 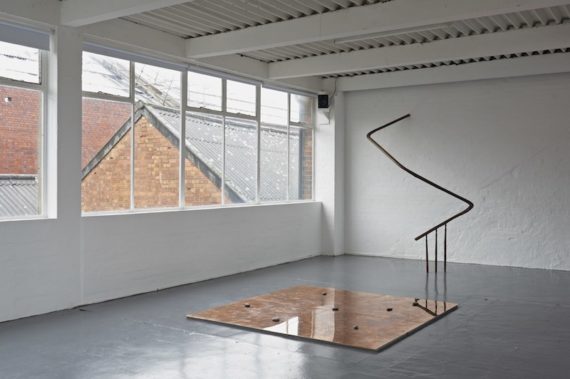 Grand Union in Birmingham was founded in 2010 when a group of artists and curators decided to create an organisation that provided affordable, good quality artists’ studios alongside a forward-thinking exhibition programme.

The organisation also provides support for emerging curatorial practice, including employment opportunities and an educational programme. It will receive £392,000 over the four-year period.

Director Cheryl Jones said: “We are so delighted with this news. Arts Council England has been investing in our development since we started as a small collective of artists and curators in 2010.

“This award, coupled with major investment from the Esmée Fairbairn Foundation, enables us to keep pushing the organisation to become secure long term, connect with more people and support more artists and curators to produce great work.”

She added: “There are few places in the UK, let alone Birmingham, where young curators get the chance to try out new ideas in a professional gallery setting.”

Programme director Kim McAleese said the funding will give Grand Union the space to plan longer term and to deliver projects with an added level of ambition. “We will continue with our gallery programme, but be much more visible in the city with the partnerships we are developing, including SHOUT Festival of Queer Art, Fierce Festival, Birmingham Open Media and Crisis.”

Grand Union is also expanding its studio provision to include Modern Clay, a new ceramics studio run by artist Mark Essen, as well as a residency space for Birmingham City University art and design graduates, and four more affordable spaces for independent artists. These new studios will launch at Digbeth First Friday in September 2017. 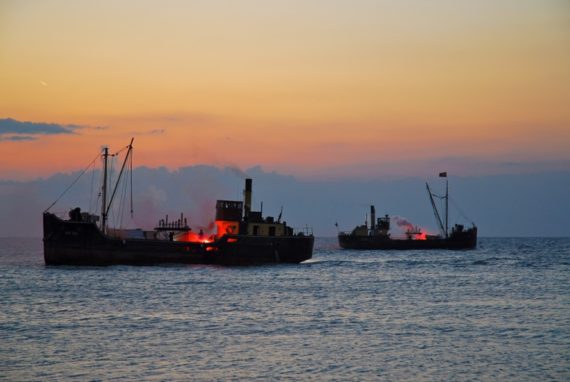 Whitstable Biennale is a festival of performance, film and sound, taking place every two years on the Kent coast. There is a long-standing artistic community in Whitstable, and the festival has grown out of grassroots activity in the town.

Director Sue Jones said: “We couldn’t be more delighted and proud to be joining the Arts Council National Portfolio. The NPO commitment will enable us to consolidate and extend our year-round work in east and north Kent, and to be even more ambitious in our support for artists to create experimental new work.”

Outlining more details of what the programme will look like, Jones added: “There will be a series of new artists’ commissions and residences, and we will be working closely with Metal on the next editions of the Estuary Festival. There will also be a learning programme with schools, and a programme for young people aged 18-24.”

Jones says the NPO funding will also enhance Whitstable Biennale’s support for artists. “We are planning an extension of our Satellite Programme to a year-round professional development programme for early career artists in east and north Kent with a dedicated new post. There will be many partnerships, although it’s too early to confirm details as yet.” 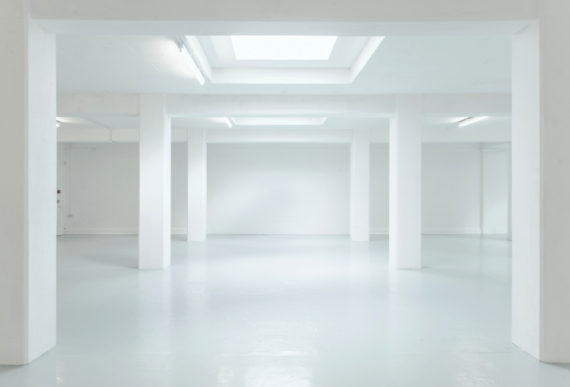 It aims to be a test-bed for experimentation: from conceptually complex group shows proposed by international curators to projects focusing on individual artists or artistic collaboration. Karst will receive £560,000 over the four-year period.

Explaining how the funding will change things, director Carl Slater said: “Crucially we will be able to pay artists properly. The increase in funding will allow us to put on quite different shows where artists will receive a fee for exhibiting.”

Slater admits that in the past this has proven difficult. “At one point we all went 18 months without pay or money, relying on volunteers and general good eggs to keep going. Things have steadily progressed over the last five years, through Grants for the Arts funding to the current NPO bid. It has felt like a natural progression.”

Karst will now be able to develop an outreach programme. “We are located in one of the most deprived areas of the UK. The extra money will allow us to bring in more staff to work with the local community.”

Nevertheless, Slater is keen that becoming an NPO doesn’t distract from Karst’s original ethos. “We want to remain independent and continue to be cutting edge and different. However, this is a necessary step towards becoming a bigger beast.” 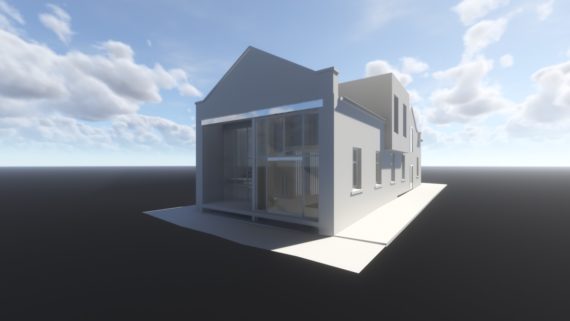 In-Situ will receive £556,000 between 2018 and 2022. Explaining the impact of the NPO funding, Hartley said: “It’s a game changer. It will allow us to plan for the long term and become more embedded within the community.”

Morrison adds that it will allow them to finally be paid properly. “We have been working full time but not getting paid a full-time wage. Unsurprisingly this has been pretty exhausting. We can now not only pay ourselves but also our team.”

Last year, In-Situ was involved in several pilot schemes offering alternative education models for graduate artists, and this is something that the team plan to develop.

Hartley explains: “In 2016 we ran a scheme called Crash for 20 artists that had just left university that helped them get a foot into the sector. There was also a programme called Faculty which we delivered with four Creative People and Places in the north. There is a particular focus on socially engaged practice that they might not be getting in traditional institutions.”

In-Situ will be taking on a building to act as a hub for its activities. “We have also been successful with a small-scale capital bid for £348,000 as part of Arts Council England’s capital funding programme to reimagine a new HQ and cultural hub, The Garage, based at the redeveloping Northlight Mill in Brierfield. It will give us a good connection to local colleges and universities such as UCLAN, Manchester University and Salford University. The building will also feature an art library, open-air cinema, gallery, workshop and performance area, creating a permanent arts space for the team and the local community to access.”

In-Situ will also be looking at ways of generating income that are separate to public funding. Hartley comments: “This might include product development or something that could be commercialised in some way. It will hopefully then free up extra funds to work with artists in different ways. For example, within our new hub we are going to offer artist accommodation in the form of a bed and breakfast. It is about being creative moving forwards.” 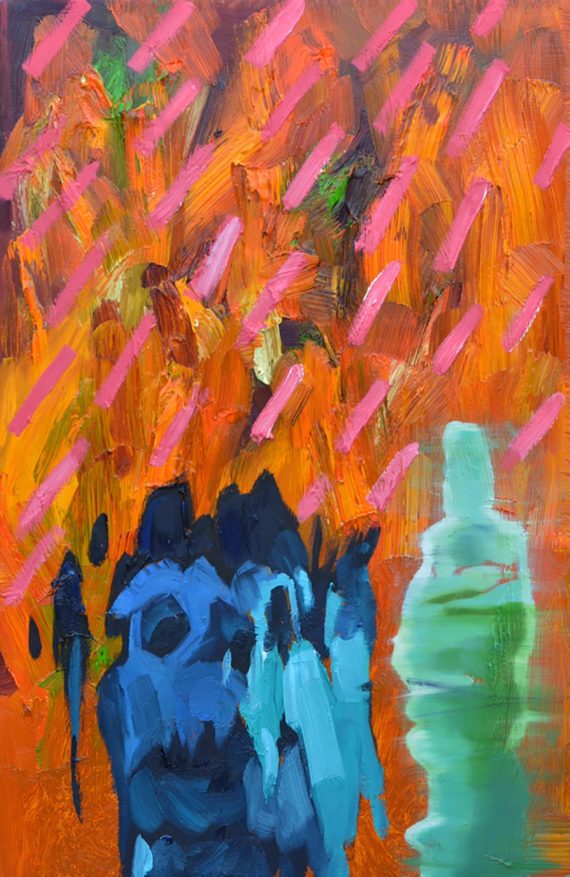 Founded in 2006 as the flagship outreach project for Pallant House Gallery in Chichester, Outside In provides a platform for artists who find it difficult to access the art world due to health, disability, isolation or social circumstance.

The organisation engages with artists in hospitals and prisons; artists with mental or physical health issues; artists with learning disabilities; homeless artists and self-taught artists. It will receive £400,000 for 2018-22.

Marc Steene, director, said: “Gaining NPO status is a powerful endorsement of Outside In. It will enable us to build our international profile and reach more excluded artists, celebrating their work and enriching the wider art world.”

The funding will help Outside In expand its programme of activity which to date has engaged with more than 6,000 artists, 200 partner organisations and reached an audience of 267,000 nationally and internationally.

Steene commented: “The next phase will see the organisation develop its exhibitions programme, offer a greater number of commission opportunities and begin to build a nationally significant collection of artwork by excluded artists. We will also embark on a major redevelopment of the Outside In website and explore new digital platforms to give greater opportunities for artists to exhibit their work online.”

Charles Rolls, chairman, added: “Outside In has already transformed many lives for the better, but its recent move to become a standalone charity offers a major opportunity to donors and organisations such as ACE to develop the creative talent within more excluded parts of our society. We are grateful and thrilled that ACE have taken such a strong lead in this.”