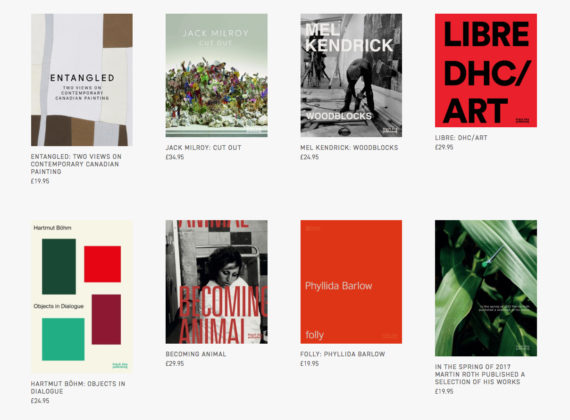 The assets of the bankrupt art book publishers Black Dog Publishing and sister company Artifice Books have been sold by the appointed joint liquidators to Black Dog Press Ltd and Artifice Press.

The two recently created companies were incorporated on 1 February 2018 and set up by the London-based contract publishing company St James’s House Media, which, according to its website, includes the BBC, Harrods, Royal Academy of the Arts and City of London Police among its clients.

He added that St James’s would be contacting those companies who had work lined up with Black Dog and Artifice prior to the voluntary liquidation and would also be looking to take on the existing projects.

Enquiries made to the liquidators confirmed that St James’s House paid £50,000 (plus VAT where applicable) for the companies – £35,000 for Black Dog Publishing and £15,000 for Artifice. As well as stock, the assets bought include intellectual property rights, work-in-progress and, in the case of Black Dog, ‘fixtures and fittings’.

An earlier statement from the liquidators regarding the sale said that the companies “ceased trading due to cash flow problems and considerable creditor pressure, which forced the company into voluntary liquidation”.

Neil Bennett and Alex Cadwallader, directors at Leonard Curtis Business Solutions Group, were appointed joint liquidators on 24 January 2018 after the companies ceased trading on 5 January, when all 22 employees were made redundant.

Bennett said: “Black Dog Publishing and Artifice Books supplied bookshops, galleries and organisations with high-end illustrated books. Due to their solid reputations within the industry, we were able to sell the assets of the two businesses shortly after being appointed.”

The collapse of Black Dog Publishing and Artifice left many book projects unfinished. a-n News is aware of artists and organisations in the UK and abroad who are still unsure about the status of their publications or whether they will be reimbursed. Black Dog and Artifice operated on a contract publishing basis, with payments paid in advance of the finished books being printed.

A long list of creditors includes individuals and institutions in the UK and internationally, with HMRC and Islington Council among those listed. According to documents sent to creditors which a-n News has seen, the total owed to creditors by Black Dog Publishing is nearly £800,000. As of 20 February 2018, the liquidators have confirmed that no payments have been made to the creditors of either company.

Black Dog Publishing was founded by Duncan McCorquodale in 1993 and incorporated as a private limited company in 1995. a-n News attempted to contact McCorquodale when it first broke the news of the company’s bankruptcy but did not receive a response. There has been no public statement from McCorquodale on his decision to take the company into voluntary liquidation.

A group of former Black Dog staff have shared with a-n News a list of what they describe as “known clients of unfinished projects”.

Included on the list are private and public galleries in the UK, America, Canada, Italy, Ireland, Portugal, Denmark, Belgium and Iran, as well as academic institutions in Canada and Sweden. Also listed are architectural firms in America, the UK, Sweden, Denmark and Spain.

The former staff state that “many invoices from printers went unpaid for months on end”, and included on the creditors list are printers and other suppliers in the UK, France, Taiwan, Singapore, Italy and elsewhere.

The former employees have said that the company had also been struggling to pay them on time since spring 2017, with wages paid late “in several months during 2017”. They are also still owed wages by the company.

The existing websites for Black Dog Publishing and Artifice currently remain live. At present they still list the address of both companies as 308 Essex Road, London N1 3AX and include a phone number which no longer takes calls.

Image:
Screen grab from the Black Dog Publishing website showing covers of some of its art books