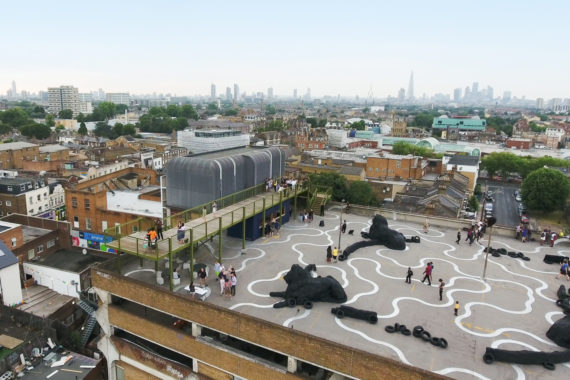 Bold Tendencies, the Peckham-based not-for-profit creative enterprise and arts organisation, will remain at its current home in a former multi-storey car park following a U-turn by the local council.

The site had been highlighted in the council’s New Southwark Plan as an area to be redeveloped for a new mixed use development. However, it is now set to continue as a creative and cultural centre in the long term. Southwark Council has been working closely with Bold Tendencies and two other organisations based at the site – the Peckhamplex Cinema and the team behind the soon-to-open Peckham Levels – to significantly extend their leases.

In a statement, Bold Tendencies said: “Southwark Council has worked a miracle! We are lucky to have had the opportunity to develop our commissioning programme across visual art, architecture and classical music over the past ten years. This news only encourages us to do more work, to do it better and to reach more people in the borough and beyond.”

Explaining the reassessment, councillor Mark Williams, cabinet member for regeneration and new homes at Southwark Council, said: “As an unused car park we thought this site had more potential through redevelopment. However, following extensive consultation with local residents and recognising the fantastic work carried out by Bold Tendencies and Peckhamplex, and with the exciting new project at Peckham Levels, we have decided to secure the future of this site in its current form for the longer term.” 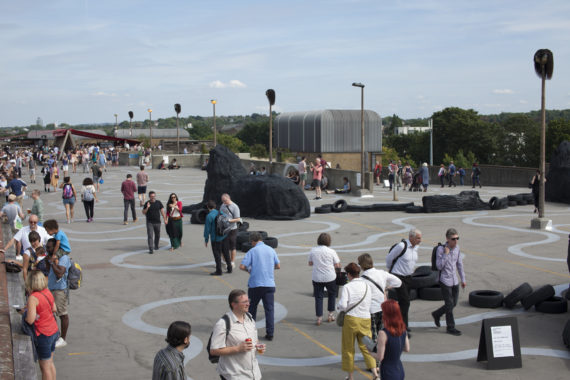 Bold Tendencies has been based at the site for 10 years. Together with its partner projects The Multi-Story Orchestra and Frank’s Café, it claims to have attracted over 1.5 million visitors to its annual summer project at its rooftop home. A number of high-profile artists have exhibited there, including Richard Wentworth who created a site-specific installation covering the entire floor area of the car park roof.

Two years ago, Bold Tendencies had a proposal for 800 cheap artists’ studios on the site rejected by the council in favour of a rival application by Pop Community Ltd, whose Peckham Levels project is undergoing its final touches and is set to open on 8 December 2017.

It will comprise 50 studio spaces for artists, makers and small businesses, a number of co-working and workshop spaces, event venues and independent food, drink and retail business spaces.

Ten of the studios will be let at subsidised rents to support emerging talent from the local area. In addition, event and meeting spaces in the building will be available at low community rates at least 25% of the time, offering a venue for community events, local meetings and charity fundraising.

Lodewijk van den Belt, site director at Peckham Levels, said: “Turning this multi storey car park into a creative and cultural hub for Peckham and Southwark is proof that collaboration and creativity can deliver tangible results and opportunities in the local community. Extension of the lease guarantees a long term cultural legacy that will deliver genuine opportunities to all the creative entrepreneurs of Peckham.”