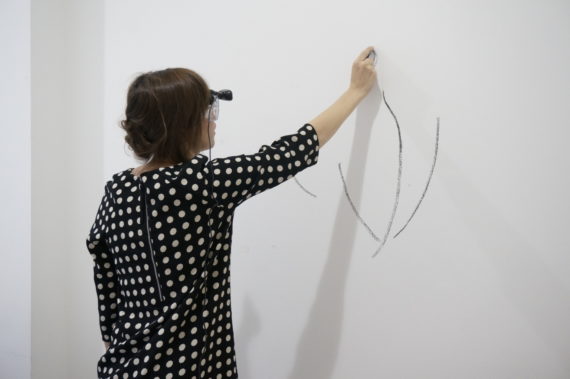 Anna Ridler wins 2018-19 DARE Art Prize that challenges artists and scientists to work together on new approaches to creative process The artist and researcher will explore how memory and the roles of the left and right sides of the brain might be embodied in a work of art. The £15,000 prize was launched last year as part of the DARE partnership between Opera North and the University of Leeds’ Cultural Institute.

Ridler, whose practice brings together technology, literature and drawing with a longstanding interest in neurology and machine learning, will collaborate with scientists at the University’s Language and Memory Laboratory over the coming year.

She said: “For many people the concept of memory and remembering remains a very abstract thing, and visual art can help to convey these experiences and processes that might otherwise be obscure.

“I’m excited to have this opportunity to meet scientists on their own ground, to engage with people from different disciplines and to bring the arts and science together in a final outcome.” 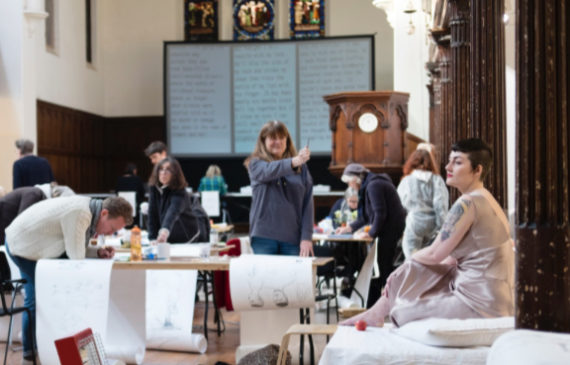 Fabrica Gallery crowdfunding campaign successful after raising £21,000 The Brighton-based gallery’s appeal attracted 424 backers who purchased rewards including original artwork by artists it has presented over the last 22 years. In addition, the charity raised a further £10,000 through a sponsored writing and drawing event.

The appeal was launched after Fabrica lost a £20,000 regular grant from Brighton and Hove City Council last year. Despite cost reduction measures, it still needed to plug a gap in its finances by the end of March.

Director Liz Whitehead said: “Instead of thinking about which areas of the programme we might have to cut, we are now giving thought to what impact we can make with the additional money we raised. We feel that our campaign has raised Fabrica’s profile in the city and that people who may not have visited before will come to the gallery.

“I believe it has also highlighted the positive work we do with some of the city’s most vulnerable people, to reduce social isolation and improve people’s wellbeing.”

Fabrica will direct the additional funds towards its exhibition programme, its artist development work and community activities such as Chomp, a free creative lunch club for families managing on a low income.

Sunderland’s Northern Gallery for Contemporary Art to reopen after 18-month closure with a new commission by artist Fiona Crisp As part of a £60m, seven-year cultural regeneration plan for the city, the gallery will relaunch at a new location within the National Glass Centre on 23 March. The event will also see the launch of a new regeneration organisation Sunderland Culture, set up following Sunderland’s shortlisted bid to be UK City of Culture last year.

Goldin’s protests relate to the wing of the museum being funded and named after the three Sackler brothers, Arthur, Mortimer and Raymond. They owned Purdue Pharma, the maker of OxyContin, an opiod pain medication that has been linked to the US opioid crisis.

1000 Words launches crowdfunding campaign to publish tenth anniversary print edition The online contemporary photography magazine which to date has commissioned and published more than 850 exhibition and photobook reviews, essays and interviews, is seeking to publish a 200-page ‘bookish magazine’ as its first edition in print.

The print edition will include high-quality reproductions of 10 portfolios from artists who have featured during the magazine’s first decade, including Jose Pedro Cortes, Laia Abril, Edmund Clark and Esther Teichmann. There will also be profiles of curators and collectors, opinion pieces on the art of photobook publishing and reflections on a decade of changes in photography.

Museum directors condemn removal of CAPC Bordeaux Director María Inés Rodríguez UK-based signatories including Tate Modern director Frances Morris and Serpentine Gallery director Hans Ulrich-Obrist are amongst more than 50 art professionals who have signed an open letter supporting the soon to be removed director of the CAPC, Museum of Contemporary Art of Bordeaux.

Other high-profile names who have offered their support are Nicolas Bourriaud, director of Montpellier Contemporain, Claire Moulène, curator at Palais de Tokyo, Paris and artists Christian Boltanski and Dominique Gonzalez-Foerster.

The letter states: “In France, there is a penury of female directors, presidents, and heads of cultural institutions and this announcement marks a further regression in parity in the strikingly masculine French art world.” As Artnet reports, Rodríguez was called into a town hall meeting on 6 March, during which she was informed that her artistic program was ‘too demanding’ and she was being let go.

David Roberts Art Foundation (DRAF) appoints Fatoş Üstek as director The independent curator will lead the foundation’s programme of exhibitions and performances and oversee the expansion of its London presence following the sale of its Camden gallery space last year.

Üstek said: “I am honoured to lead and advance [DRAF’s] remarkable commitment to art and artists. I am excited to build on DRAF’s values as we start another chapter of engaging artistic and critical agency.”

Kapoor states: “Recent shootings in Florida, Las Vegas, Texas, and a number of other towns and cities, make it more urgent than ever that this organisation is held to account for its ongoing campaign of fear and hate in American society.”

Protest against oil company sponsorship causes partial evacuation of Louvre Activist group 350.org said it staged the demonstration, which featured around 30 demonstrators laying down in front of Theodore Gericault’s The Raft of Medusa, ‘to symbolise victims of the oil industry’. It is urging the Louvre to end its two-decade collaboration with French multinational oil and gas company Total.