In Brief: Lis Rhodes at Nottingham Contemporary wins Freelands Award; Yayoi Kusama gets her own museum in Tokyo - a-n The Artists Information Company 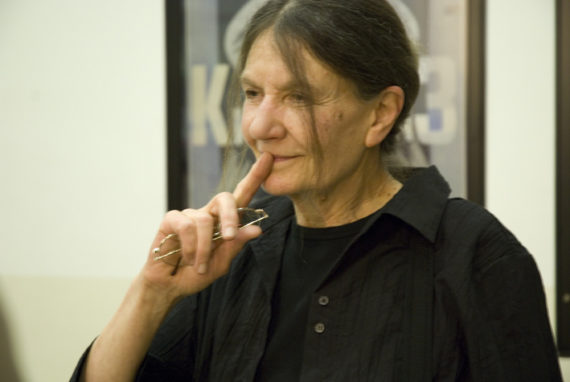 Freelands Award championing female artists goes to Lis Rhodes at Nottingham Contemporary The second edition of the prize for regional UK museums will support an exhibition in 2019 by the British artist and filmmaker Lis Rhodes, who will receive £25,000 of the £100,000 prize. The survey show will map out Rhodes’ contribution to feminist filmmaking and will include some of her best-known early works from the 1970s, alongside a new multi-screen installation and screening programme in the auditorium. The first Freelands Award went to Edinburgh’s Fruitmarket Gallery and the Scottish artist Jacqueline Donachie, whose exhibition at the gallery opens in November.

Yayoi Kusama gets her own museum in Tokyo The five-storey building dedicated to the 88-year-old avant-garde artist attracts huge interest before opening, with visitors restricted to 200 a day. Kusama, who is known for her trademark polka dot artwork, has previously exhibited at Tate Modern, the Pompidou in Paris and the Hirshhorn Museum and Sculpture Garden in Washington.

Tate Liverpool commits to becoming more autism friendly The gallery will hold regular ‘Autism Hours’ with dimmed lights, reduced noise and break-out spaces available. In addition, music will not be played in the café and drinks will be served in paper cups to reduce noise,while the lights will be dimmed in the shop, and hand dryers will be turned off in the toilets – with hand towels provided instead – to give autistic visitors a break from ‘information overload’.

Winners announced for British Ceramics Biennial This year’s Biennial in Stoke-on-Trent has announced the winners of its Award and Fresh prizes. Tana West wins the £5,000 Award, which this year is sponsored for the first time by Johnson Tiles. Recognising ‘excellence and innovation in ceramics’, West was chosen for her monumental new work (Un)Woven. Eusebio Sanchez has also been selected as the winner of the Fresh award for recent ceramics graduates. He has been awarded a one-month funded residency at Guldagergaard International Ceramics Research Centre in Denmark in 2018 and a BCB ‘artist into industry’ residency. 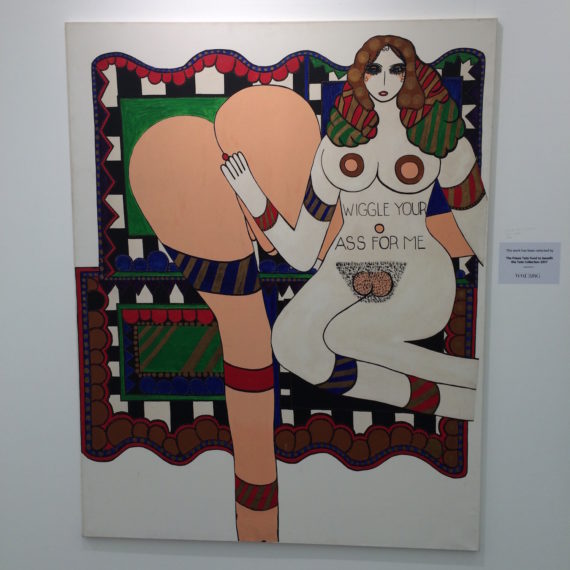 Tate acquires works from Focus, Sex Work and main section of Frieze London Four works were acquired at Frieze London as gifts to the Tate collection via the Frieze Tate Fund, supported by WME/IMG. The purchased works were Lawrence Abu Hamdan Earshot installation, including the 2016 video Rubber Coated Steel; Hannah Black’s 2013 video Intensive Care/Hot New Track; Dorothy Iannone’s Wiggle Your Ass For Me (1970); and wall collages (1972-2011) by Mary Beth Edelson. Also at Frieze London, the Contemporary Art Society has acquired a major installation by Dineo Seshee Bopape that explores humans’ relationship with the land. The work has been bought for the collection at Towner Art Gallery, Eastbourne.

Art institutions join thousands striking over Catalonia referendum violence The protest was initiated after several Catalan trade unions called for workers in the northeastern corner of Spain to strike in order to condemn the police brutality that occurred when officers began forcibly removing people from polling stations last Sunday.

Leonardo da Vinci may have drawn nude Mona Lisa Scientists at the Louvre in Paris, where the painting is held, have been examining a charcoal drawing known as the Monna Vanna, which had been attributed to the Florentine master’s studio. The large drawing has been held since 1862 in the huge collection of Renaissance art at the Conde Museum, in the palace of Chantilly, north of the French capital.

Renoir painting stolen from auction house According to police, Portrait of a Young Girl with Blond Hair is estimated to be worth between $30,000 and $35,000 and was on display when it was taken. The thief lifted the piece from a wall and was able to leave the premises unnoticed.

Right-wing activists claim nude performance at MAM São Paulo is ‘paedophilia’ As part of his contribution to the annual survey exhibition of emerging art, ’35º Panorama da Arte Brasileira’, Wagner Schwartz lay naked in the museum while visitors were invited to interact with him, moving limbs and the like. In a video posted on social media a child is seen briefly touching the artist’s hand and leg.

‘Naughty’ sculpture blocked by the Louvre Domestikator, a 2015 piece by the sculpture studio founded by Dutch artist Joep van Lieshout,was to be presented in the Louvre-adjacent Jardin des Tuileries as part of the FIAC fair in Paris later this month. The 33-ton, nearly 40-foot-tall inhabitable sculpture depicts a standing humanoid figure having sex with another figure and has been on view as part of the Ruhrtriennale for the past month and a half, without incident.