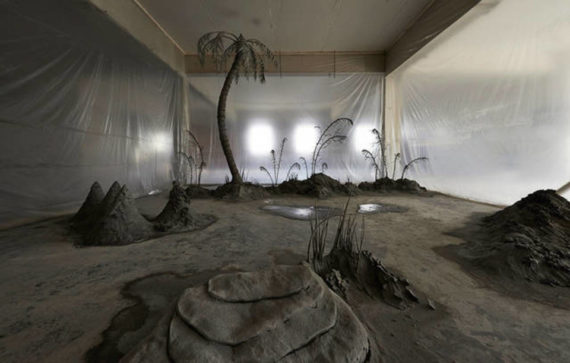 Clay artist Phoebe Cummings wins inaugural £10,000 Woman’s Hour Craft Prize The award recognises ‘originality and excellence in concept, design and process by a craft practitioner or designer-maker who is an outstanding artist and who has significantly contributed to craft practice in the last five years’. Cummings’ work includes performance art and studio ceramics, working exclusively with raw clay to create site-specific pieces that change subtly day-to-day. Twelve finalists were shortlisted, with work exhibited at the V&A until 5 February 2018, before touring to venues around the UK.

New York graffiti artists triumph over developer who destroyed their work A jury has ruled that real estate developer Jerry Wolkoff broke the law by destroying a swath of graffiti art in New York City, in a verdict that could provide legal protections for street artists across the US. 5Pointz, a former factory owned by Wolkoff, was a haven for graffiti artists from around the world and became a prominent tourist attraction. But in 2013, when Wolkoff decided to demolish the building and replace it with apartments, he painted over the graffiti art with white paint.

Louvre opens in Abu Dhabi The French president Emmanuel Macron visited the new Louvre museum in United Arab Emirates amid heightened tensions in Middle East. He hailed it as an example of how beauty can “fight against the discourses of hatred”. The museum is part of a 30-year partnership between France and the UAE, reported to be worth $1.27bn, including $520m just for Abu Dhabi to use the Louvre name.

Former Stedelijk Museum director Beatrix Ruf claims she resigned over a ‘misunderstanding’ Ruf resigned from the position after a Dutch newspaper reported that she was running a private art consultancy that brought in considerable sums of money. She claims that the museum’s board approved all of her activities at the Stedelijk, and that reports of a conflict of interest are untrue. 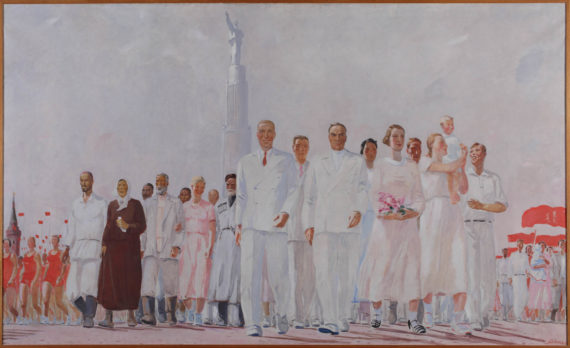 Tate Modern shows Soviet propaganda art by Alexander Deineka Paintings by Soviet realist Alexander Deineka receive their first showing in the UK having been lent to Tate Modern by the state art gallery in Perm, eastern Russia. They are featured in the current ‘Red Star Over Russia’ show exploring the visual history of Russia and the Soviet Union in the first half of the 20th century.

Cuban police arrest artist Luis Manuel Otero Alcántara The artist was arrested just hours prior to a press conference he planned to hold on the alternative Havana Biennial, slated to open in May 2018. He began organizing the exhibition after the Thirteenth Bienal de la Habana was postponed due to budgetary concerns following the destruction caused by Hurricane Irma.

Oslo looks to track down 1,600 missing works of art The works are from City of Oslo Art Collection, which has pieces displayed in around 1,000 locations throughout the Norwegian capital. Amongst the works that have not yet been found include a wood carving by Nikolai Astrup, a portrait of the writer Jonas Lie by the Norwegian painter Christian Krohg, and 20 prints by Gauguin’s grandson Paul René Gauguin.

Benjamin Genocchio removed as director of Armory Show after reports of harassment The New York Times reports that multiple women who worked with him said he made sexual comments and touched them inappropriately. The incidents occurred while he was the editor of Artinfo and later Artnet, and more recently when he took the lead of the international art fair. Meanwhile, an Arts Professional survey on sexual harassment in the arts has so far received 300 reports of incidents at work, with most perpetrators being in senior positions. The survey closes next week.

33rd Bienal de São Paulo invites artists as curators The festival’s artistic director Gabriel Pérez-Barreiro has invited seven artists to each curate a group show. The process will put their own work in dialogue with that of their peers, making up the seven sections of the biennial.