In Brief: Work by recipient of a-n Re:view bursary acquired for the Arts Council Collection - a-n The Artists Information Company 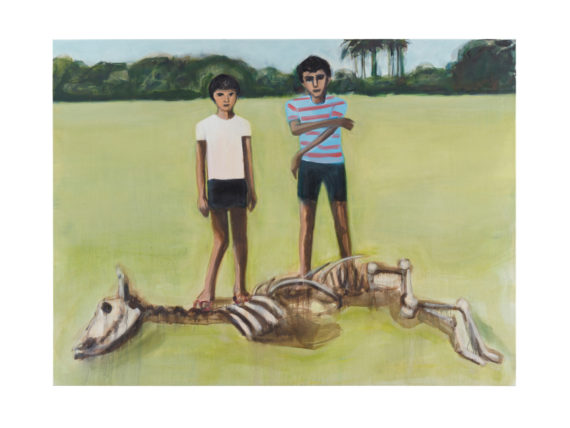 Work by recipient of a-n Re:view bursary acquired for the Arts Council Collection Bradford-born artist Matthew Krishanu‘s work Skeleton, which was produced during his a-n Re:view bursary period in 2013, has been acquired, along with three other of his works, for the Arts Council Collection, the UK’s largest national loan collection of modern and contemporary art.

Commenting on the purchase, Krishanu said: “It’s wonderful to know my paintings will be looked after and shown in future exhibitions. For me, the free public galleries and collections of the country are the lifeblood of the visual arts: as a teenager, visits to my local gallery introduced me to contemporary art and the possibilities of becoming an artist. Many of my favourite painters are in the Arts Council Collection and I’m delighted to be a part of it.”

For the first time, this year’s acquisitions include a greater number of female artists than men. Out of a total of 25 artists, 15 are women. This includes Emma Hart’s Fork Face, which is currently on show at Longside Gallery, Yorkshire Sculpture Park. Turner Prize winner Lubaina Himid’s cotton.com, has also been purchased. Featuring 85 oil on canvas panels, the work celebrates a little known act of solidarity by Manchester mill workers at the time of the American Civil War.

Victoria and Albert Museum offers to return Ethiopian treasures looted by British troops in 1868 V&A announces the objects would be sent to Ethiopia on long-term loan, so ownership would still remain with the museum. The items were taken at the battle of Maqdala, which occurred on 13 April 1868 when British forces in Ethiopia attacked the troops of Emperor Tewodros.

Tristram Hunt, director of the V&A, told the Art Newspaper that he had made a clear statement to the country’s ambassador to the UK, Hailemichael Aberra Afework, saying: “If Ethiopia is interested in pursuing the long-term loan of the Maqdala items we would stand ready to assist.”

Cristiano Ronaldo bust remade following ridicule Sculpture of footballer by artist Emanuel Santos was criticised when it was unveiled at Madeira airport in 2017. As a result, he was commissioned by sports website Bleacher Report to remake Ronaldo’s bust. The results are a more chiselled take on the Real Madrid and Portugal player, although some might argue it’s missing the character of the original work.

Commenting on her appointment, Chadbourn said: “I’m thrilled to be joining Artsadmin in the run-up to its 40th anniversary in 2019. Through its support of artists and its space for exploration, process and presentation, Artsadmin has become a beacon for a kind of arts practice which shows us how looking at the world differently can make a difference to it. It challenges the status quo, offers opportunities for insight and empathy, makes space for creativity and fosters a sense of community.”

Teju Adisa-Farrar pens open letter in response to appointment of curators at Brooklyn Museum Urban geographer, writer and poet criticises museum for the appointment of a white person to curate African art in Brooklyn. In the letter, she comments: “It is not just that people who do not represent my identity and heritage are continually chosen to curate it, it’s that I know there are curators who are part of the African Diaspora who are qualified and available. During a time like this politically and culturally it is tone deaf to appoint two new curators whose identity, experience, and gaze are already over represented in the art world.”

Four artworks disappear from the walls of French parliament The objects were discovered missing at the end of last year following an annual inventory by the state agency. It includes a work by the Greek artist Takis, plus paintings by French artists Hervé Télémaque and Richard Texier, and an engraving by an unknown artist.

India set to build the world’s largest statue The Unity Statue will stand at over 600 ft tall, making it twice the height of the Statue of Liberty. The vision of Indian sculptor Ram V. Sutar, the steel and bronze work is a depiction of the country’s first deputy prime minister, the freedom fighter Sardar Vallabhbai Patel. The site on Sadhu-Bet island will also include a museum dedicated to Patel, restaurants, a hotel, and a welcome centre. 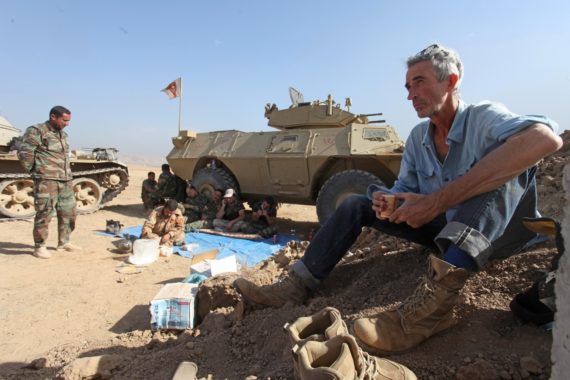 Francis Alys wins EYE Art & Film Prize Belgian artist known for making work that explores the role of the artist in highly charged social and political settings, receives prize of £25,000. His video Untitled, Mosul, Iraq, 31 Oct 2016, which was recorded during his time spent with Kurdish Peshmerga troops outside Mosul, was featured at the Iraqi Pavilion at the Venice Biennale last year.

Past winners of the EYE Art & Film Prize, which celebrates artists working at the ‘intersection of film and visual art’, include: Hito Steyerl (2015), Ben Rivers (2016) and Wang Bing (2017). These three artists and filmmakers are the subject of an exhibition at EYE Filmmuseum in Amsterdam from 24 March to 27 May 2018.