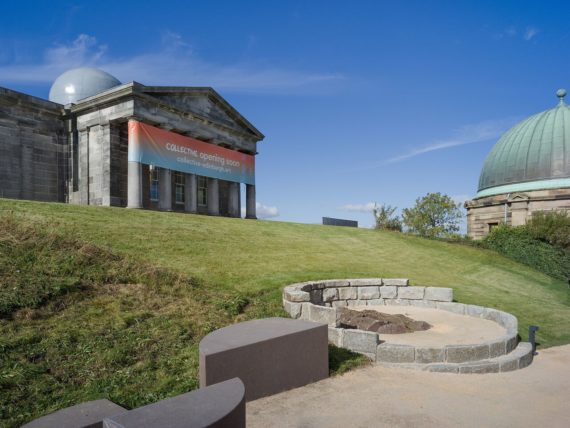 Next month, Edinburgh-based arts organisation Collective will open its new space at the City Observatory on Calton Hill following a £4.5m redevelopment of one of the city’s key World Heritage sites.

The new building, which opens to the public on 24 November 2018, will include a purpose-built exhibition space with a panoramic viewing terrace and a restaurant. In addition, the Transit House, which was originally used as an observatory, will become a learning and education space for visiting schools and groups.

The gallery’s launch exhibition will showcase both international and Scotland-based artists, including a number of specially commissioned works. 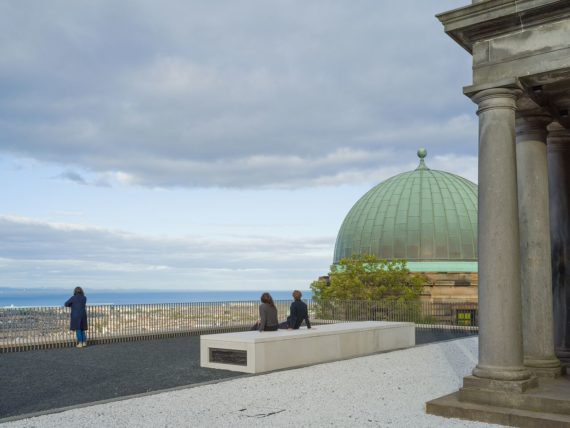 The opening marks a significant new chapter for the organisation, which was originally founded in 1984.

Kate Gray, director of Collective, said: “After more than five years of fundraising and hard work it’s incredibly exciting to be opening our doors to visitors at last.

“Collective is situated in a very special location on Calton Hill and we hope to offer our visitors an equally special experience, combining extraordinary art and architecture with panoramic views of the city. We now extend a warm welcome to residents of Edinburgh and visitors to the city and invite them to come up and see us.”

The City Observatory was originally designed by William Playfair 200 years ago and was crucial to the history of astronomy and timekeeping in Edinburgh. It has now been restored to Playfair’s original designs, and will be open fully to the public for the first time.

Councillor Donald Wilson, culture and communities convener, City of Edinburgh Council, said: “The building is a historically significant symbol of the Edinburgh Enlightenment as well as a major contributor to the history of star gazing.

“It’s a brilliant example of Scottish architecture and boasts a prominent position on the Edinburgh skyline with panoramic views of the Firth of Forth, Arthur’s Seat and Edinburgh Castle. When it reopens, it is also going to be a space for people to enjoy the arts and for the public to visit freely.”

Collective opens to the public 10am, Saturday 24 November 2018. www.collectivegallery.net