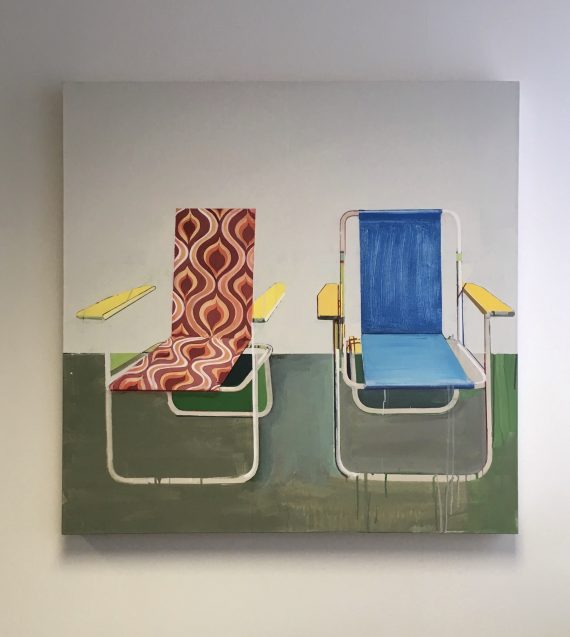 “We are now officially a biennial” announced artistic director Ryan Hughes as he launched the second edition of Coventry Biennial.

Titled The Twin, the 2019 programme looks to reflect both the city’s connection with its many twin city partners around the world and the importance of collaboration and togetherness in times of globalisation, political inequality and conflict.

Here, we take a look back at some of the highlights of our Instagram coverage during the preview of Coventry Biennial 2019: The Twin, focusing on the biennial’s two lead exhibitions at new art space The Row and at The Herbert Art Gallery and Museum.

‘The Twin at The Row’ includes works by more than 50 artists and takes place in a former NHS facility in Coventry city centre. The space has been developed as a new visual art space for the city through a partnership between Coventry Artspace and Axisweb.

Several works in the show deal directly with building’s history, including Dylan Fox’s Strip Curtain and Nobody Passes. Fox’s work explores gender transitioning and the institutions that are involved during that process. Visitors to The Row pass through a version of Strip Curtain as they enter the space.

The exhibition at The Row features several works by artists selected to be part of the New Art West Midlands x Coventry Biennial programme of recent graduates from art schools in the West Midlands. The 20 artists included in the programme were selected by International Curator’s Forum.

Also part of New Art West Midlands x Coventry Biennial, Matt Gale’s work Soma explores the human impulse to alter and control our environments, the unexpected results of our efforts and how we accommodate these outcomes.

Paul Crook’s series of empty ‘twin’ campsite deckchairs (top image) allude to personal relationships and the mundane activities of our leisure time. Crook is one of the artists exhibiting across both the Coventry Biennial 2019 lead exhibitions. And whilst Crook’s paintings are exhibited in the main gallery space at Herbert Art Gallery & Museum, the show also includes a series of interventions around the building and throughout the museum’s permanent collection, including a second and larger version of Dylan Fox’s Strip Curtain.

Also from ‘The Twin at Herbert Art Gallery and Museum’ David Cheeseman’s Matter Not was completed by Mhairi Vari (who is also exhibiting as part of the Biennial) following the artist’s death in 2018.

Cheeseman’s practice had a philosophical underpinning that considered process rather than substance to be the fundamental constituent of the world.

Their work Hybrid Painting Project, exhibited at Herbert Art Gallery, was created by the artists sending sheets of paper and written instructions back and forth between Birmingham and High Wycombe where they are respectively based. The large scale artwork is presented alongside evidence of their collaboration.

Alexandra Müller’s drawing and textiles installations reflect the artist’s work as an illustrator and her interest in fibre arts and sculpture, particularly the craft skills taught to her by her grandmother which she feels are are often overlooked in the world of fine art.

Anne Forgan’s Nothing and Something references that for a short time Coventry was twinned with Chinandega in Nicaragua. In the early 90s the artist visited the city with support Coventry City Council to undertake conservation work.

This new work, presented as part of the exhibition at Herbert Art Gallery and Museum, reflects on the artist’s time in Chinandega, the Sandinista flags she saw across Nicaragua, and the “towering inequality that can exist between international friends and partners” .

Coventry Biennial 2019: The Twin continues at venues around Coventry and Warwickshire until 24 October. See www.coventrybiennial.com for details of the full programme.

Coventry Biennial will also host the first workshop of our Writer Development Programme 2019-20. We’ll be announcing the a-n members selected to take part in the programme soon. 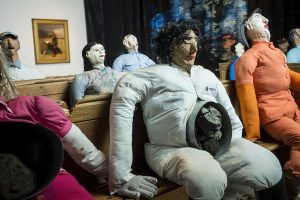