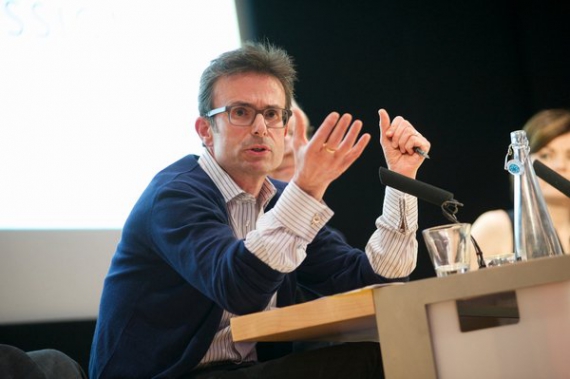 More than 400 people turned up at the British Library on 4 February for the first of three ‘provocation events’ being staged by the Warwick Commission on the Future of Cultural Value. With BBC Business editor Robert Peston delivering the keynote speech and a panel that included Arts Council England head Alan Davey, it was a high-profile start to a two-year project.

Hosted by the University of Warwick, chaired by Vikki Heywood (the former Executive Director of the Royal Shakespeare Company), and with a powerful list of Commissioners, the Warwick Commission intends to ‘undertake a comprehensive and holistic investigation into the future of cultural value… and gather together the evidence and arguments to energise the debates about the future of investment and engagement in our cultural lives’.

We have, of course, been here before. It’s more than ten years since the then Secretary of State for Culture Tessa Jowell wrote her personal essay Government and the Value of Culture, and since Demos held its Valuing Culture conference. In the decade that has followed, there has been a steady stream of work on the subject. Recently, however, the pace has quickened. As well as the Warwick Commission, we also have the Arts and Humanities Research Council’s Cultural Value Project and two recent speeches on the subject from the current Secretary of State for Culture, Maria Miller.

Why all this renewed interest? The obvious answers, explicitly recognized in the Warwick remit, are the links between cultural value and funding, and cultural value and the education system. Central government has cut the DCMS budget by 45% between 2010/11 and 2015/16, and ACE will see an above 30% cut. Michael Gove has not exactly embraced contemporary dance and drama as core elements in his vision for the future.

The line of argument followed by Peston at the event was a sometimes refreshing take on some familiar themes: cuts are here to stay; the economic arguments for culture don’t wash; judging the arts in economic terms is a category error; blunt quantification is reminiscent of totalitarianism; but talking about intrinsic value doesn’t get you very far either. And yet, he continued, we all know that culture is valuable and is what makes us human; that it is important for all sorts of reasons, from national identity to the existence of a thriving commercial sector.

Peston made some good points. So did the panel and audience members: How about a hypothecated tax on commercial culture? Aren’t artists the people who really subsidise the arts? Can arts funding be depoliticized, since it’s such a negligible part of public spending? The arts should learn from science and overseas development – why were their budgets protected?

And there were the usual truthful observations: arts funding is regressive; the popular press persecutes politicians who talk about the arts; audiences – and increasingly artists – are white and middle-class; funding is metrocentric and elitist; there are no young people on the panel.

So far, so familiar. We know that we can talk about culture in many different ways – economic, aesthetic, personal, social. We’re aware that we can see it through the lens of international relations or education policy or ‘wellbeing’. Different people, we realise, are interested in different things about culture.

The politicians understand all this, too. As Maria Miller said in her most recent speech: “There are so many arguments to be made and they need to be nuanced for each and every audience. The key for me – and for you – is the need to make the economic, the social and the cultural arguments for our sector. They are not mutually exclusive.” Her bosses in Downing Street get this. Ed Milliband and Ed Balls get it.

But in spite of all this consensus, what we see is paralysis and cuts, and a failure to convince. The event ended on a gloomy note, with Peston admitting that he didn’t have the answers and predicting a cultural catastrophe in parts of the country.

The arts as a system

Obviously, we cannot let that be the end of the story. We should look at the arts as a system, in order to establish where the points of leverage for change exist, and see where we can be brave and imaginative enough to put our house in order.

If we look at the characteristics of the arts system we find that it is:

• Incapable of facing up to hard truths (such as: some work is mediocre; audiences and workforce are still overwhelmingly privileged)

• Despised by the popular press

• Not appreciated or supported by the public, whose idea of culture may be very different to that of the arts establishment

• Not defended by politicians, who seem to lack the moral courage to make the case for the arts to voters

• Reliant on special pleading for its continued existence

And Peston offered this keen insight, almost as an afterthought right at the end of the event: “We are still talking about a broadly paternalistic system, when paternalism disappeared everywhere else 20 years ago.”

These systemic issues are interrelated, and the root of them is the lack of public support. That causes politicians to be wary of speaking up for culture, enables the arts to be an easy target for the press, and makes special pleading a necessity.

The arts world needs to tackle that fundamental problem of public support for itself, but there is one other factor that really needs reform, and it affects not just the arts system, but the whole of public life. In spite of the fact that ‘everybody knows’ the value of culture, it cannot be officially recognised because of the omnipotent power of the Treasury, based on the Kafkaesque Green Book procedures that translate everything into money.

It’s time the dragon was slayed. The Treasury is, after all, nothing but a perennially incompetent organ of government, that’s given us boom and bust, and one economic crisis after another for the last 50 years. The Green Book is more obviously fiction than most Booker Prize-winning novels.

Cultural value is a good place to start a rethink about the deficiencies of economic reductionism and the dishonesty of the discourse about how public priorities are decided, because it explicitly posits the existence of non-economic values. Cultural value says that some things exist outside the market, and that there are things in our lives that should not be monetised.

There are many places beyond the cultural world that are searching for a way out of the strictures that we have created for ourselves over the past 30 years. Maybe cultural value can be a pioneer for a new beginning – though of course, even if the Treasury is reformed, we will still face a government that is intent on shrinking public support for the arts for ideological reasons. But that is a different story…

Towards Plan B: a different approach to public funding of the arts– by Three Johns and Shelagh