CVAN conversation: We need to talk about the value of ALL artists - a-n The Artists Information Company 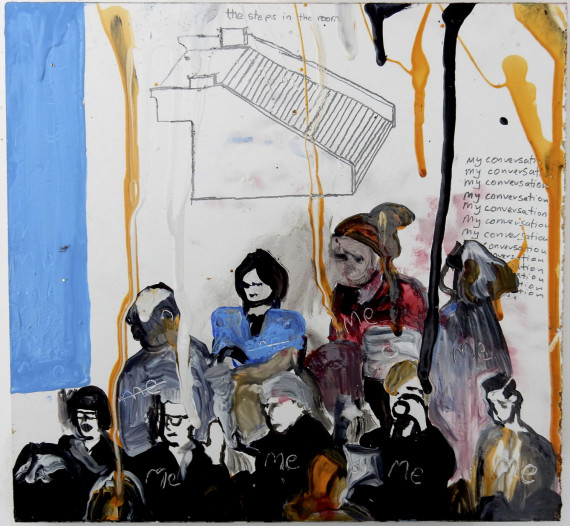 Recent research into the instrumental and intrinsic benefits that art brings to communities has somewhat neglected the central role of artists. Good on CVAN, then, for shifting the focus of debate with its recent event, The Value of Artists. This day-long ‘national conversation’ hosted by Leeds Art Gallery professed to address the question: ‘What value do artists bring to society?”

Three of six presentations came from artists – John Hyatt, Sally Labern of The Drawing Shed, and Victoria Pratt of interactive arts organisation Invisible Flock. Others were from organisations whose remit includes advocacy (a-n, Axisweb) or commissioning (In Certain Places). Artist Phill Hopkins was in residence, creating a new artwork in response to the event.

Contained within the presentations were two recurrent conceptions of artistic identity.

Firstly, artists as non-linear, creative thinkers who can help the public see the world otherwise. This was most clearly expressed by Hyatt (pictured below), who finished his talk with a sketch diagramming his art practice. Placed at the intersection of unconscious and conscious thinking, his process melds imagination and knowledge, childlike curiosity and research.

Similarly, Sally Labern and Elaine Speight (In Certain Places) both emphasised the importance of open project briefs and of “not knowing” as part of the creative process.

Secondly, the speakers shared a conception – articulated by Mark Smith of Axisweb – that artists are “active citizens embedded in the community”. Speight described artists as concurrently homeowners, shoppers, parents, etc., problematising the split between artist as “producer” and community as “recipient.” In Certain Places and The Drawing Shed actively mobilise the creative talent of non-artists (a brewer, a joiner and a pie and eel shop owner were mentioned, amongst others).

The differences between these conceptions – one presenting artists as creative thinkers who are special and different, the other that artists are the same as everyone else – remained unexplored.

Through the course of the day, an unspecified emphasis on art in public or civic spaces became apparent. This emerged during Smith’s presentation on the software Axisweb is developing to qualitatively map audience experiences of engaged practice beyond the gallery.

Later, it came into sharp focus during the day’s single breakout session when we were presented with questions such as: “What are the compelling arguments for including artists in the planning and management of towns and cities” and “How can we insure quality in artistic interventions in the public realm?”

Finally, it was articulated by Adrian Friedli (chair of Yorkshire and Humber Visual Arts Network, who programmed the speakers) when he asked in closing remarks: “What is it that artists do when they work in places?” 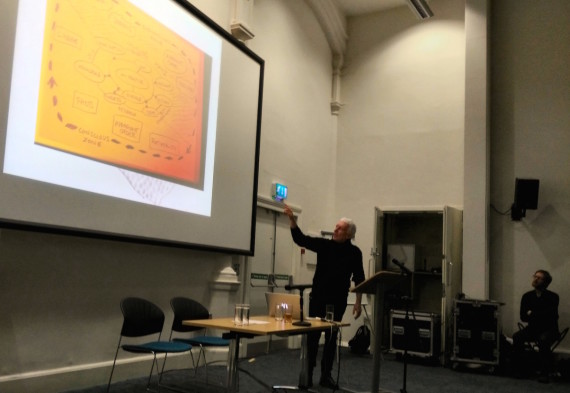 A bit of probing elicited that the event was originally planned to coincide with the British Art Show’s Leeds stint. It was intended to bring together artists and ‘influencers’ including council members, universities, corporate or civic leaders. Presumably this was to advocate for ongoing support for the arts.

In actuality, BAS8 has already trotted off to Edinburgh and the majority of attendees seemed to be artists or from arts organisations (already likely to ascribe ‘value’ to artists). As such, proceedings would have benefitted from a more critical evaluation of the term ‘value’ in regards to ‘artists’ and ‘place.’

Public or place-based artwork spans the gamut of artworks in the built environment, socially engaged projects, grass roots events and international festivals. Speakers mentioned examples of each type. However, in the whirlwind tours of their practice, not enough attention was given to analysis over description. How are such projects similar, or distinct? What value systems do they play into?

The presenting artists demonstrated a compulsion to question civic and commercial interests. Hyatt said that “at its best, public art can tell people that it doesn’t have to be this way”. Pratt characterised Invisible Flock’s GPS game, If You Go Away, as “a critical experience” of the city. The Drawing Shed, who primarily work on two housing estates in Walthamstow, East London, pursue an interest in incivility and public space “taken by stealth”.

Yet these artists variously collaborate with civic, commercial or industry partners. How do they negotiate working with stakeholders whose values may markedly differ form their own?

Regrettably, the day ran less as a ‘conversation’ and more as a sequence of individual presentations. Thus these themes were not drawn out further in discussion. Neither was there space to explore the strategies that artists use to fundraise and assert their financial worth.

There was, perhaps, an unspoken agenda, suggested by the choice of speakers and ‘breakout’ questions: namely, the value of artists as leaders in civic life and the importance of evidence plus storytelling in arts advocacy (the latter enabled by data sharing and digital technologies).

These aren’t bad aims. Moreover they offer a reconciliation between the two outlined conceptions of artistic identity: artists are of the community but lead the way in creative thinking.

However, one can’t help noticing that artistic identity becomes a proxy for creative, flexible, labour. Does emphasising the value of artists neglect the value of artworks in their variety and particularity, instead favouring a set of generic skills?

Certainly, if we are to assert the value of artists then this ought to be across the board. Stand up painters, potters, performers and public or participatory practitioners alike. The value of artists, artworks and their relationship to communities must be considered in tandem.