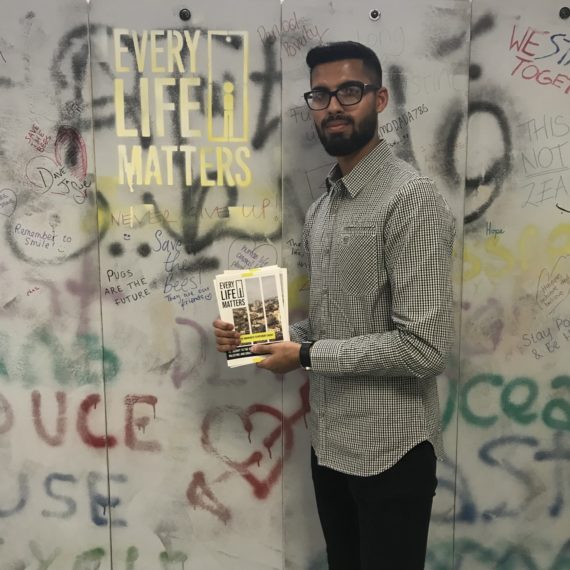 a-n’s Julie Lomax kicked off a busy few days of Instagram degree shows posting following her visit to the University of Bolton Creative Show 2019. Lomax officially opened the show ahead of a “really enjoyable” evening speaking to the graduating artists about their work.

For his presentation as part of the Graphic Design show, Hamzaa Valli (above) created “a terrific response to the Every Life Matters campaign” that included a graffiti wall where visitors could post their own reflections and ideas.

From the Fine Art show, Vicki Jones was awarded a 12-week residency with Neo:GalleryX in Bolton for her work featuring a series of assemblages developed following a 2018 fellowship in Venice that focused around the British Pavilion in the context of the Venice Architecture Biennale.

The University of Bolton creative Show 2019 continues until 22 June.

Trevor H. Smith described the Fine Art show at Bath School of Art and Design as “the best I’ve seen since moving to the city in 2004”.

He added: “The range of talent on show speaks volumes for the quality of teaching here and the type of artists that now want to come here.”

A show within a show, zacharwhy’s (Zachary William Hunter Young) Curate your own exhibition is a series of miniature three-dimensional gallery spaces; visitors to the Degree Show were encouraged to curate their own exhibitions within the plywood models.

“All good fun. People were queueing up to have a go,” said Smith.

He explained: “These two paintings make me think of pals that are in on the same joke.”

Amy Frost describes herself as ‘an epileptic artist who uses art as healing for the everyday struggles’. “Her video work drew me in,” said Smith.

“The soundtrack is hilarious. Little patty slaps followed by the appearance of a prosthetic limb and then the tragic humour kicks in. That stare at the end caught me off guard though. It all adds up.”

The Bath School of Art and Design Undergraduate Degree Show 2019 continues until 16 June.

Spike Island is the venue for the UWE Bristol Fine Art/Art and Visual Culture Degree Show, and while visitors are warned CAUTION ART WORK AHEAD by this sign that accompanies Ruby Martin’s transparent inflatable, Trevor H. Smith decided it was safe to proceed and make a series of Instagram posts from the show.

Lydia Barder’s To Be Known is informed by a study of feminist positions, modern femininity and human relationships.

In discussing her work, Smith posted a quote from a text by the artist that accompanies her work in the Fine Art/Art and Visual Culture catalogue:

‘I thought myself a strong swimmer.

‘The force of the current was stronger…’

Smith used his final post to discuss the contrasting nature of the Bath and Bristol Degree Shows, explaining that the graduating artists at UWE Bristol are “righteously enraged and politicised, and their work reflects this.

“They embody the independent spirit of their chosen city when they collectively state in their catalogue a desire to create ‘a diversion from stiff institutional structures of quality’.”

“I wrote a lot about the polished aesthetic at Bath School of Art and Design – both of the work itself and also its presentation,” continued Smith.

“That is not to say that the work of these graduating artists is as surface-centric as the city in which they chose to study – far from it.

“Here, within a 15-minute train ride of each other, we have theory-driven work, slick production values, dirty, dystopian visions, and socially conscious work. It is always worth seeing both of these shows.”

a-n Degree Shows Guide 2019 is available on a-n.co.uk/degree-shows alongside listings, news and pictures from this year’s shows.

You can view on Issuu here or join the conversation on social media using the hashtag #andegrees19. 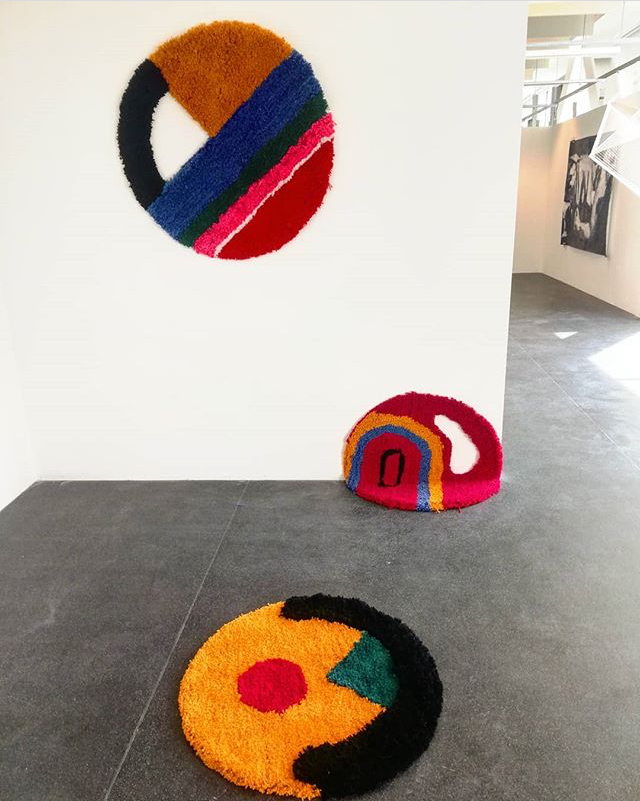 Degree Shows 2019: see the andegrees19 tag for news of openings and Instagram takeovers